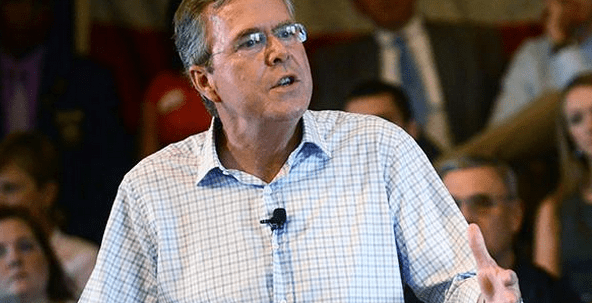 Jeb and Rubio Battle for Vital Mormon Support in Nevada

The race for the Mormon vote is on.

In 2008 and 2012, Mitt Romney’s unprecedented mobilization of LDS voters helped propel him to an important early victory in Nevada’s caucuses. This time around, no one candidate is likely to dominate the Mormon vote the way Romney did, because none of them are running to be the first Mormon president. But several candidates, most notably Marco Rubio and Jeb Bush, are nevertheless making concerted efforts to woo LDS voters, enticed by their reliable turnout in the first-in-the-west caucuses, which could be crucial as Republican candidates seek a path to the nomination in a historically crowded primary field.

“If you’ve never visited Nevada and just read national media accounts, you might believe that every Nevada voter was Mormon. And you might believe that the only reason that Romney won was because of Mormons,” says Ryan Erwin, who led Romney’s Nevada efforts in 2008 and 2012 and is working for Bush’s team in the state this cycle.

In fact, Mormons make up just four percent of Nevada’s population, but according to one entry poll, they accounted for 25 percent of the state’s Republican caucusgoers in 2012. And while LDS voters were certainly not the only reason Romney won Nevada, they were a big help: Eighty-eight percent of those who caucused supported Romney in 2012.

This cycle, Republican operatives in the state say it’s unlikely that Mormons will turn out in such force or that they will unite behind a single candidate. Still, in a state with historically low caucus turnout, where just 10,000 extra votes were good enough to give Romney a nearly 30-point victory over second-place Newt Gingrich in 2012, supporters who can be relied upon to show up to the caucuses make a big difference.

To read the full article at National Review, click here.