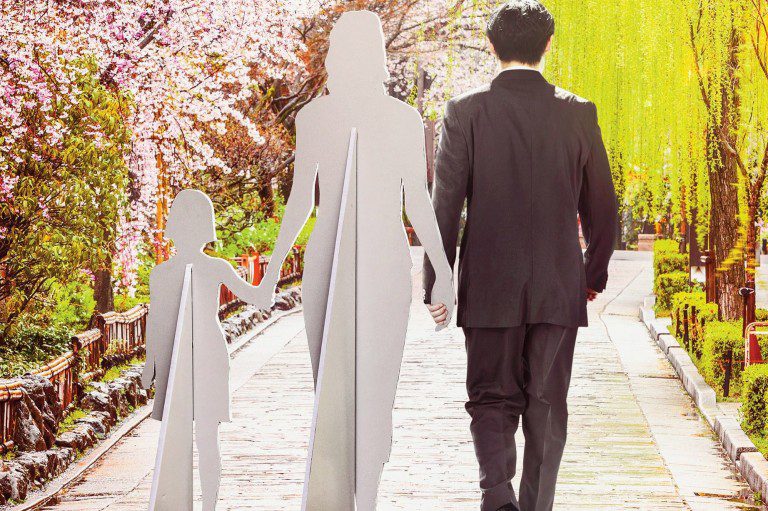 The New Yorker’s recent article on Japanese businesses that are renting out people to be surrogate family members makes it clear. If you don’t have a family, you might at least be able to rent one. This is authored by Elif Batuman.

Two years ago, Kazushige Nishida, a Tokyo salaryman in his sixties, started renting a part-time wife and daughter. His real wife had recently died. Six months before that, their daughter, who was twenty-two, had left home after an argument and never returned.

“I thought I was a strong person,” Nishida told me, when we met one night in February, at a restaurant near a train station in the suburbs. “But when you end up alone you feel very lonely.” Tall and slightly stooped, Nishida was wearing a suit and a gray tie. He had a deep voice and a gentle, self-deprecating demeanor.

Of course, he said, he still went to work every day, in the sales division of a manufacturing company, and he had friends with whom he could go out for drinks or play golf. But at night he was completely alone. He thought he would feel better over time. Instead, he felt worse. He tried going to hostess clubs. Talking to the ladies was fun, but at the end of the night you were alone again, feeling stupid for having spent so much money.

Then he remembered a television program he had seen, about a company called Family Romance, one of a number of agencies in Japan that rent out replacement relatives. One client, an elderly woman, had spoken enthusiastically about going shopping with her rental grandchild. “The grandchild was just a rental, but the woman was still really happy,” Nishida recalled.

Nishida contacted Family Romance and placed an order for a wife and a daughter to join him for dinner. On the order form, he noted his daughter’s age, and his wife’s physique: five feet tall and a little plump. The cost was forty thousand yen, about three hundred and seventy dollars. The first meeting took place at a café. The rental daughter was more fashionable than Nishida’s real daughter—he used the English word “sharp”—but the wife immediately impressed him as “an ordinary, generic middle-aged woman.”

You can't buy love. But, if you have enough money, you can rent it.