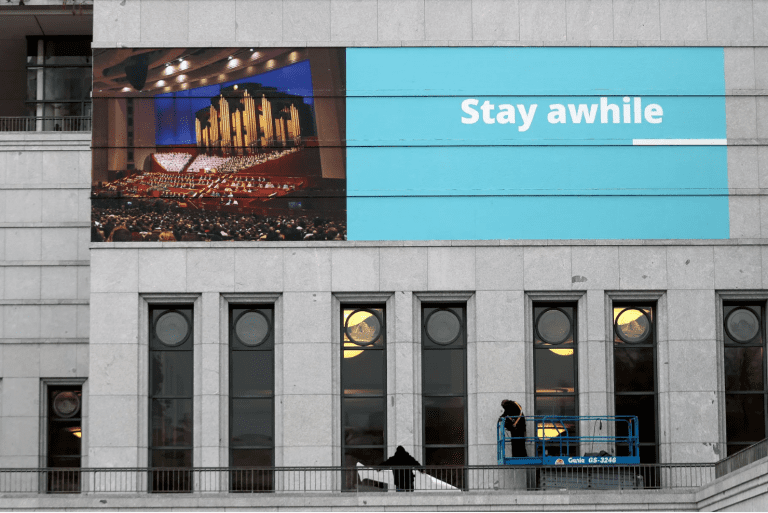 The line outside the Salt Lake Temple began to form at 4 a.m. on Saturday as eager members of The Church of Jesus Christ of Latter-day Saints sought to take part in the last ordinances to be performed in the temple until 2024.

When the day ended after a final “spiritually serene” session, the church’s Temple Department began to prepare the temple’s most sacred items for removal. On Monday morning, the temple — symbolic center of the faith — was decommissioned for four years of renovation.

The effort began Monday as workers removed sacred emblems and the temple president was released and left for the final time. Construction fencing is expected to appear any day now and the first demolition is expected in mid-January with the south visitors’ center and portions of the wall that surrounds Temple Square. Excavation is expected to begin at that time for the seismic work under the temple.

Also Monday, workers began to change the face of the church’s Salt Lake City Conference Center, directly across from Temple Square. On Wednesday, it will become the largest visitors’ center in the church.

Matt Mendoza and Steve Kirkland of Identity Signs used heat guns and rollers to apply new vinyl adhesive banners in frigid air to the rough stone sides of the Conference Center. The signs declared, “Come on in, stay awhile” and “The Temple Square Experience.”