Is There Evidence That Joseph Smith Possessed a Urim and Thummim and Breastplate? | Meridian Magazine 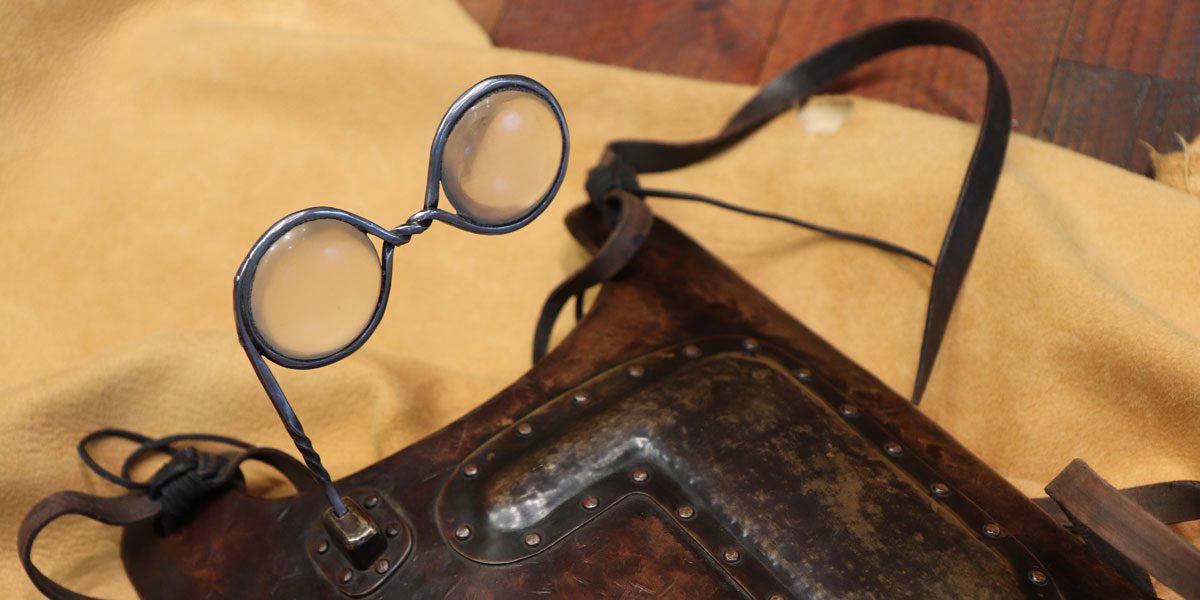 Is There Evidence That Joseph Smith Possessed a Urim and Thummim and Breastplate?

“Wherefore I have sealed up the interpreters, according to the commandment of the Lord.”
Ether 4:5

Some may not realize that Joseph Smith obtained two Nephite relics—the interpreters and breastplate—which were buried along with the golden plates that he discovered on a hill near his family’s farm. Fortunately, several witnesses left detailed descriptions of what these artifacts were like. These items are worth careful consideration because their tangible and historical reality helps confirm the reality of the golden plates and the Nephite record which was engraved upon them.

Joseph Smith described the Nephite interpreters (which, over time, came to be known as the Urim and Thummim)[1] as “two transparent stones set in the rim of a bow fastened to a breastplate.”[2] Martin Harris said they “were about two inches in diameter, perfectly round, and about five-eighths of an inch thick at the center; but not so thick at the edges where they came into the bow.” He added that they were “white, like polished marble, with a few gray streaks.”[3] John Whitmer called them “two crystals or glasses.”[4] Lucy Mack Smith said they resembled “two large bright diamonds.”[5]

David Whitmer reported that they were “white stones, each of them cased in as spectacles are, in a kind of silver casing, but the bow between the stones was more heavy, and longer apart between the stones, than we usually find it in spectacles.”[6] William Smith further explained that a “silver bow ran over one stone, under the other, around over that one and under the first in the shape of a horizontal figure 8 much like a pair of spectacles.”[7]

Detailed descriptions were also given for the breastplate. As Lucy explained,

It was concave on one side and convex on the other, and extended from the neck downwards as far as the center of the stomach of a man of extraordinary size. It had four straps of the same material for the purpose of fastening it to the breast, two of which ran back to go over the shoulders, and the other two were designed to fasten to the hips. They were just the width of two of my fingers (for I measured them), and they had holes in the end of them to be convenient in fastening.[8]

Lucy not only saw, but also physically held the breastplate. She explained, “I have … carried in my hands the sacred breastplate. It is composed of pure gold, and is made to fit the breast very exactly.”[9] In another account, she said it had “glistening metal,” and she estimated its worth to be “at least five hundred dollars.”[10]

Apparently, the interpreters and breastplate, including a rod that could connect them, belonged together as a set. William Smith explained,

At one end was attached a rod which was connected with the outer edge of the right shoulder of the breast-plate. By pressing the head a little forward, the rod held the Urim and Thummim before the eyes much like a pair of spectacles. A pocket was prepared in the breastplate on the left side, immediately over the heart. When not in use the [interpreters were] placed in this pocket, the rod being of just the right length to allow it to be so deposited.[11]

The interpreters and breastplate were among the Nephite artifacts shown to the Three Witness.[12] These additional accounts not only help confirm their reality, but also show a general consistency concerning their appearance. Collectively, these documented statements provide solid historical evidence that Joseph Smith did indeed possess the specific ancient artifacts that he claimed to have received with the plates.

Some individuals have suggested that the experiences the Three and Eight Witnesses had with the plates were merely imaginary.[13] Others have supposed that Joseph Smith simply forged a fake set of plates.[14] The accounts of the Nephite interpreters and breastplate, however, make these already tenuous theories even more difficult to sustain. This is because they present two more tangible, meticulously described, artifacts which were seen by individuals other than the official witnesses.

When the detailed descriptions of these additional relics are added to the reports from nearly two dozen individuals who had some sort of sensory encounter with the golden plates,[15] mass hallucination becomes an untenable explanation.[16] At the same time, theories which suppose Joseph simply forged a set of golden plates—an already unlikely feat[17]—also have to explain where he got the time, skills, and resources to craft a believable set of Nephite interpreters, as well as an impressive breastplate.[18]

According to numerous witnesses, the interpreters were set in silver rims which, as William Smith described, twisted about in a figure 8. This suggests that the interpreters and breastplate would both have required additional metallurgical talent to create. Moreover, Lucy Smith reportedly believed that the breastplate was made from precious metal (in one account, pure gold) and was expensive.

Did Joseph Smith really have the materials and knowledge to create an artifact that his mother estimated to be worth at least 500 dollars? It seems not. Martin Harris, for instance, once lifted the plates while in a wooden box and commented that they were either “lead or gold,” and that he knew Joseph “had not enough credit to buy so much lead.”[19] In other words, the Smith’s truly were destitute, and merely the weight of the plates alone helped convince Martin that he wasn’t being duped. In a similar way, Lucy would likely have known whether or not Joseph had the materials, skills, or funds to produce the breastplate she beheld.

Whatever one chooses to think about these artifacts, it seems that everyone close to Joseph Smith believed he had them. A number of individuals described one or both of them in detail, and there are no reports of these individuals ever denying their experiences. As demonstrated, it is historically unlikely that Joseph would have possessed such peculiar objects unless he found them as he claimed, buried in the earth. Thus, although the interpreters and breastplate do not provide absolute proof of anything, the strong case for their historical existence invites belief in the reality and divine origins of the Book of Mormon, which was buried along with them.

Roger Nicholson, “The Spectacles, the Stone, the Hat, and the Book: A Twenty-first Century Believer’s View of the Book of Mormon Translation,” Interpreter: A Journal of Mormon Scripture 5 (2013): 121–190.

Daniel C. Peterson, “Tangible Restoration: The Witnesses and What They Experienced,” FairMormon presentation, 2006, online at fairmormon.org.

[1] Roger Nicholson, “The Spectacles, the Stone, the Hat, and the Book: A Twenty-first Century Believer’s View of the Book of Mormon Translation,” Interpreter: A Journal of Mormon Scripture 5 (2013): 136–139.

[12] A divine assurance that the Three Witnesses could view these objects is found in Doctrine and Covenants 17:1. For confirmation that they actually beheld them when they saw the angel and plates, see History, circa June 1839–circa 1841 [Draft 2], p. 25, n. 79, accessed December 15, 2017, online at josephsmithpapers.org: “David Whitmer told several interviewers in the 1870s and 1880s that he saw additional items on this occasion. Most of these later accounts listed the gold plates, the interpreters or Urim and Thummim, the sword of Laban, the ‘directors,’ [the Liahona] and additional records; in some Whitmer also mentioned the breastplate.”

[13] For several responses to these concerns, see Richard Lloyd Anderson, “Attempts to Redefine the Experience of the Eight Witnesses,” Journal of Book of Mormon Studies 14, no. 1 (2005): 18–31, 125–27; Steven C. Harper, “The Eleven Witnesses,” in The Coming Forth of the Book of Mormon: A Marvelous Work and a Wonder, ed. Dennis L. Largey, Andrew H. Hedges, John Hilton III, and Kerry Hull (Salt Lake City and Provo, UT: Deseret Book and Religious Studies Center, Brigham Young University, 2015), 117–132; a shorter and earlier version of this article was printed as “Evaluating the Book of Mormon Witnesses,” Religious Educator 11, no. 1 (2010): 36–49; Richard Lloyd Anderson, “Explaining Away the Book of Mormon Witnesses,” FairMormon presentation, 2004, online at archive.bookofmormoncentral.org.

[16] For further problems with the mass hallucination theories, see Daniel C. Peterson, “The Divine Source of the Book of Mormon in the Face of Alternative Theories Advocated by LDS Critics,” FairMormon presentation, 2001, 7–9, online at archive.bookofmormoncentral.org.

[18] Although not witnessed by individuals other than the Three Witnesses, the Liahona and sword of Laban can be added to the items Joseph would have needed to create in order to deceive at least some of his followers.