Is there evidence for great destruction in the land northward at the death of Christ? | Meridian Magazine 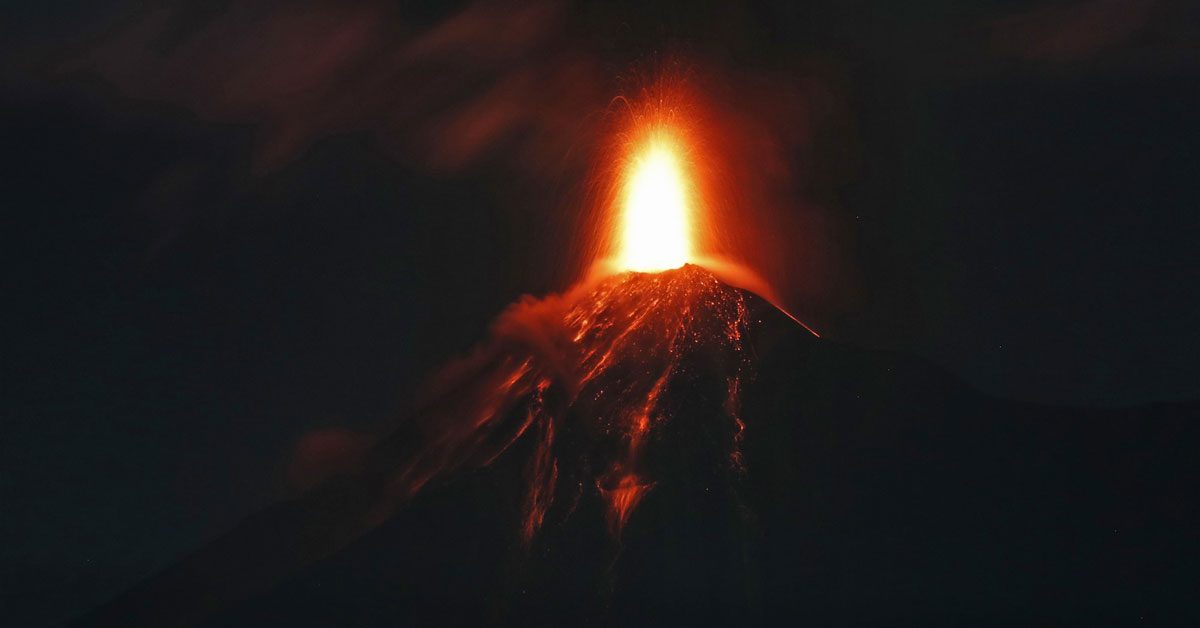 Is there evidence for great destruction in the land northward at the death of Christ?

The prophet Mormon, in his account of the people of Nephi, described a series of destructive events which occurred in the American land of promise at the time of Christ’s death at Jerusalem (3 Nephi 8–10). Latter-day Saint scholars have argued that these events seem consistent with phenomena associated with one or more volcanic eruptions in ancient Mesoamerica, the most likely area in the Western Hemisphere for such catastrophic activities to have occurred.1 Recent work by Mexican archaeologists now points to a major volcanic disaster in Central Mexico during the Spring of the early First Century A.D.

Patricia Plunket and Gabriela Urunuela documented a significant eruption of the Popocatepetl volcano.2 During that event the site of Tetimpa was covered under a massive layer of volcanic ash.3 The cataclysm created a column of tephra 20 to 30 km high and is believed to have caused “an ecological disaster of unprecedented proportions.”4

Plunket and Urunuela argue that this massive eruption was a leading cause of significant demographic changes in the Basin of Mexico resulting in the abandonment of most of the settlements in the southern region of the valley in which between 80–90% of the population became concentrated around the site of Teotihuacan.5 They estimate that as many as 20,000 people in the Basin of Mexico may have perished in the disaster, while as many as 50,000 relocated further north to the city.6

The fires, smoke, lava flows, and other phenomena during the eruption had a similar calamitous effect on the eastern side of the mountains, where populations were reduced by “as much as 30%” and “became concentrated at Cholula and a few other settlements.”7 This disaster and the relocation and incorporation of as many as one-hundred thousand refugees into major centers like Cholula and Teotihuacan would likely have “accelerated social and ideological processes already underway” in Central Mexico significantly impacting the development of these Mesoamerican cultures.8

The archaeologists characterize this Popocatepetl eruption as “one of the largest human catastrophes of the prehispanic period” and think that the trauma of the event may have even left distant echoes in Mesoamerican tales such as the Aztec “Legend of the Suns.”9 That story describes the destruction of an earlier epoch as follows:

Fire rained down, so that those who were there were burned. Also gravel rained down. They say that the gravel we find was strewn at this time. Also the lava stone boiled. And the various rocks that are red were deposited then.10

Mormon’s account names six cities which were destroyed by fire at this time. One of these, the city of Zarahemla, was located in the land southward (3 Nephi 8:8, 24; 9:3). The location of the other cities is less clear (3 Nephi 9:9–11), although one is said to have been located in “northernmost part of the land” (3 Nephi 7:12). The Puebla region and the Basin of Mexico would be at the northernmost extremity of current Mesoamerican models of Book of Mormon geography, but some have suggested that groups of Nephite migrants to the north (Alma 63:4–8; Helaman 3:3–16) may have settled in that region as well.11

Initial reports from the archaeological team tentatively placed the eruption toward the end of the first century AD.12 Now, evidence from 14 radiocarbon dates and cultural materials retrieved from the ash buried houses at Tetimpa show that the eruption “probably took place during the first half of the first century AD.”13 Furthermore, evidence from crops, seasonal cooking patterns, and the direction of the wind in the dry and winter season, lead them to suggest “the most likely time [of the eruption] is late March or April.”14

The dating of the eruption may be significant when compared with recent estimates by biblical scholars dating the death of Jesus at Jerusalem to 14 Nisan (Judean Calendar) which corresponds with April 6 (Julian Calendar) AD 30.15 Our knowledge of natural history, including volcanic events in ancient Mesoamerica, is of course limited and perspectives and interpretations may change based on future information and discoveries. Still, the magnitude of the Popocatepetl disaster, its likely effects on central Mexico, in light of evidence for the date of the eruption, and its timing during the early Spring of the year seem to be a remarkable correlation with the description in the Nephite record.

This KnoWhy was made possible by the generous contributions of Bill and Linda Perry.

Neal Rappleye, “‘The Great and Terrible Judgments of the Lord’: Destruction and Disaster in 3 Nephi and the Geology of Mesoamerica,” Interpreter: A Journal of Mormon Scripture 15 (2015): 143–57.

2.This was a VEI-6 Plinian eruption. This classification, similar to a richter scale for earthquakes, “signifies a catastrophe of major proportions such as Krakatoa in 1883, which only occurs about once every century on a worldwide scale, these are highly explosive and 100% fatal.” Pluinket and Urunuela, “Social and Cultural Consequences,” 20.

5.Plunket amd Urunuela, “Social and Cultural Consequences,” 22. “Prior to 100 BC, most of the Basin’s population lived in towns and villages along the lakeshore between Cuicuilco and Chalco, but after AD 100 almost all of these settlements disappear.” Plunket and Urunuela, “Mountain of Sustenance,” 116.

8.Plunket and Urunuela, “Mountain of Sustenance,” 116. Another eruption on the southwestern slopes of the Basin of Mexico also covered several sites and “blotted out some 60 square miles of productive land and undoubtedly destroyed many homes and villages.” Byron Cummings, “Cuicuilco and the Archaic Culture of Mexico,” University of Arizona Bulletin, Social Science 4/8 (November 15, 1933): 12. During that event lava flows covered parts of the sites of Cuicuilco and Copilco and can still be seen by visitors today. For decades Mesoamericanists, faced with divergent data have disagreed on the dating of that eruption, some favoring a date within the first century A.D. with others placing it several hundred years later. A recent reexamination and analysis of more than thirty radiocarbon dates now seems to place that eruption in the first century A.D as well. Jamime Urrutia-Fucugauchi, Avto Goguitchaichvili, Ligia Perez-Cruz, Juan Morales, “Archaeomagnetic Dating of the Eruption of Xitle Volcano, Basin of Mexico: Implications for the Mesoamerican Centers of Cuicuilco and Teotihuacan,” Arqueologia Iberoamericana 30 (2016): 23-29.

10.John Bierhorst, History and Mythology of the Aztecs: The Codex Chimalpopoca (Tuscon: University of Arisona Press, 1992), 26. In an account which likely contains elements of post-Columbian Christian influences, the native chronicler Ixtlilxochitl speaks of a time “when the sun and the moon eclipsed, and the earth trembled, and the rocks broke and many other signs took place, although there was no calamity whatever toward men. This happened in the year of ce Calli, which, adjusting this count with ours, comes to be at the same time when Christ our Lord suffered., and they say it happened during the first days of the year.” Alfredo Chavero, Obras Historicas de Don Fernando de Alva Ixtlilxochitl (Mexico: Editora Nacional, 1952), 1:14.