Is the Path to Eternal Life “Strait” or “Straight”? | Meridian Magazine 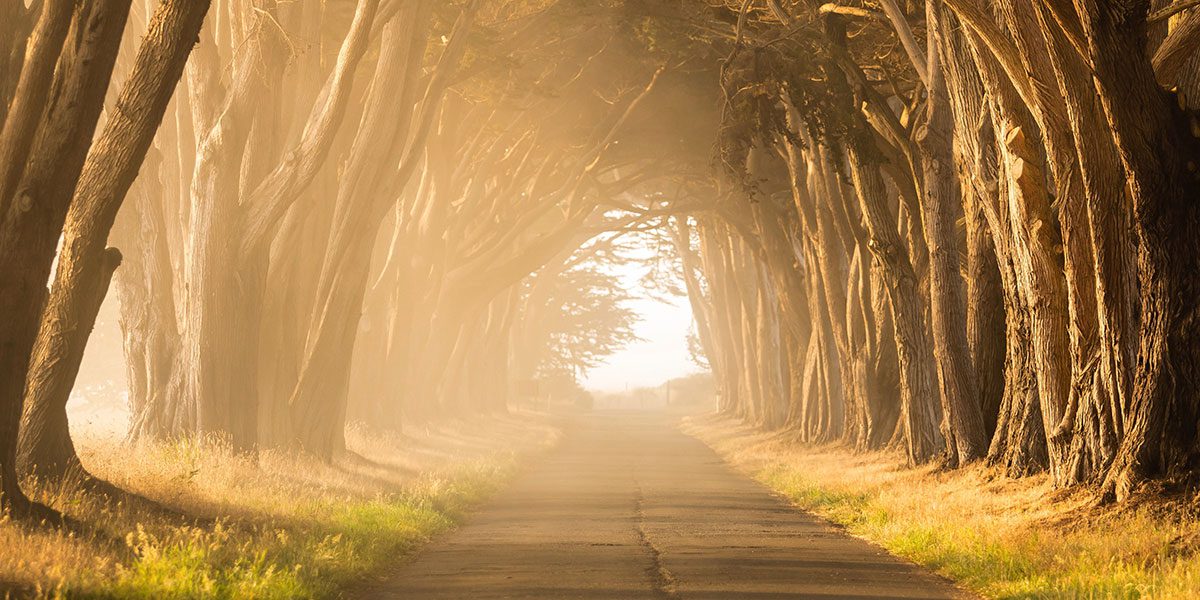 Is the Path to Eternal Life “Strait” or “Straight”?

“And I also beheld a strait and narrow path, which came along by the rod of iron, even to the tree by which I stood.”
1 Nephi 8:20

Several passages in the most recent editions of the Book of Mormon describe the path leading to eternal life as being “strait and narrow,” as in 1 Nephi 8:20. There is some uncertainty, however, about whether the word strait or straight was originally intended in these contexts. Not only are these words spelled differently, but they also have different definitions, with strait meaning “narrow” and straight meaning “not crooked.”[1] Yet because these words are pronounced exactly the same, Joseph Smith’s scribes would likely not have known which word was intended whenever he dictated it during the translation of the Book of Mormon.

Unfortunately, careful analysis of the original and printer’s manuscripts, as well as the first edition of the Book of Mormon, has proven to be unhelpful in resolving this concern.[2] As explained by Noel B. Reynolds and Royal Skousen, we “must rely instead on context and other internal evidences from the text to determine which word was meant in each case.”[3]

Figure 2 Strait means “narrow”, such as when connecting two large bodies of water. Satellite image of the Strait of Gibraltar via Wikimedia Commons.

In their article on this topic, Reynolds and Skousen argued that because strait means narrow, it seems unnecessarily redundant to describe a path as being both “strait” and “narrow.” They also found that there is at least one instance, in Alma 7:19–20, where we know that straight is the correct word because it is contrasted with the statement that the Lord “cannot walk in crooked paths.” For these and other reasons, the authors concluded that several instances of strait (“narrow”) in recent editions of the Book of Mormon should be replaced with straight (“not crooked”).[4]

Paul Hoskisson, in his study of the same topic, found evidence for a different conclusion. He noted, for example, that “the expression strait and narrow has an ancient Hebrew analog, and that analog [despite its redundancy in English] would require the spelling strait.”[5] After a lengthy discussion comparing variant usages in the Book of Mormon, exploring evidence from literary parallels, and weighing the significance of counterexamples, Hoskisson concluded,

In the ten verses in the Book of Mormon where the words strai(gh)t and narrow occur in the same verse, there are compelling reasons in nine of them to read strait, while the tenth verse could take either reading. Reading strait in the expressions strait gate and narrow way and strait and narrow way preserves the poetic parallelism, accords with a biblical Hebrew analog, and is consistent within the Book of Mormon.[6]

John S. Welch, in his research on this subject, has offered yet another approach to this issue. When trying to decide between strait or straight, he posed questions such as “Which is more enlightening? Which presents the richer or more descriptive image? What image naturally comes to mind in these passages? Which meaning will help me more to order my life in my quest for eternal life?”[7]

These contrasting views demonstrate that not all issues concerning the Book of Mormon’s language and meaning have been tidily settled through scholarly consensus. In this case, whether certain Book of Mormon passages are describing the path leading to eternal life as strait, meaning “narrow,” or straight, meaning “not crooked” is still subject to debate. The good news is that whichever word the original authors or translators intended, both words offer valuable and accurate insights about the path leading toward eternal life.

This path surely is strait and narrow, in the sense that God’s commandments must be obeyed with exactness and precision. There is little room to deviate to the right or left if one wants to stay on the covenant path toward eternal life. On the other hand, it makes sense that this same path could also be seen as straight and narrow, in that it is direct and not crooked or regressive (see Alma 37:42–45). The covenant path, in this sense, conveys us steadily and directly toward eternal joy and happiness. Thus, although the original authors most likely had one definition or the other in mind in specific instances, both definitions seem to convey accurate spiritual truths about the path.

These types of situations should help emphasize the important role that the Spirit should play in scripture study. Pondering the teachings of past or current prophets is about more than just logically teasing out the meanings of their words, even though such studies are certainly good and important (see 2 Nephi 9:29). Instead, as we allow the Spirit to enlighten our hearts and minds, we often gain greater spiritual insights about the past and the present—meaning we are better able to understand the original intent of the past authors as well as how their writings may apply to our personal lives today.

Concerning the issue of strait vs. straight, John W. Welch and Daniel McKinlay have explained, “These meanings open to our spiritual understanding a number of possible insights. By considering the possible meanings on several occasions when the word ‘strai[gh]t’ appears in the Book of Mormon, we may discern more specifically the many ways the text may apply to us today.”[9]

For instance, Elain S. Dalton has taught, “Sometimes as we walk life’s paths, we want to loiter in dangerous places, thinking that it is fun and thrilling and that we are in control. Sometimes we think we can live on the edge and still maintain our virtue. But that is a risky place to be.”[10] Recognizing that the path to eternal life is both narrow and direct can help us understand why we should not only stay on it, but stay as close to its center as possible.[11]

[11] One way to ensure that we stay on the strai[gh]t and narrow path is to give strict heed the word of God, which is represented in the scriptures as a lamp and an iron rod. As explained by Elder Joseph B. Wirthlin, “Nephi taught that by clinging to the word of God, as though it be a handrail, we would be able to avoid temptations and not lose our way in darkness. Thus, we would remain on the narrow path. Using another apt symbol, the Psalmist wrote: ‘Thy word is a lamp unto my feet, and a light unto my path’ (Psalm 119:105). God’s word, then, is the light for our path, the iron rod or railing to which we can cling. It provides the limiting lines that we must not cross if we are to reach our destination.” Joseph B. Wirthlin, “The Straight and Narrow Way,” Ensign, November 1990, online at lds.org.

This article addresses the possibility that there can be more gleaned from a passage of scripture than the casual eye can see. This particular phrase can indicate that based on cross referencing it with other council from the Lord in other scriptures that the path to Eternal Life is a narrow one and that the gate to enter there in is "Strait". For example: "Strait is the gate and narrow the way that leads to eternal life". While in other passages the path is referred to as "straight" as in straight as a arrow. While both interpretations have slightly different meaning they both can be applied to the same passage with the same intent. Both are valid expressions of the path that we follow. It is direct and charted and that a pilot or chart is need to guide us through it "not deviating to the left nor to the right ..." this does not mean that it cannot be straight as an arrow either. As we navigate the paths through life unto the goal of eternal life we are given the opportunity to choose as we travel. Not like being on a train ride were the destination is known when we enter the train car for seating with a ticket. True this instance we may choose to get off the train at a different stop but the train will continue to and possibly beyond the destination for which we purchased our ticket. Our life is more like a boat on an angry sea were we survive better if we have a chart to follow and seamanship to help us manage the stormy and sometimes violent seas of life. Better it be that we have an experienced pilot to guide us through the narrow points and passages that could spell disaster if we are too proud to accept the help from the pilot and the experienced seaman that have sailed the stormy seas before us. Both Straight and Strait have their meaning and purpose. That of helping us to understand how to return to our Father in Heaven and gain Life Eternal. As the greatest of all the gifts he can give we should follow his council to obtain it.

The text closest to the original words spoken by Jesus (“strait gate and narrow way”) during his mortal ministry are recorded in ancient Greek in Matthew 7:14. The Biblehub website entry for that verse gives this interpretation in English: “for small [is] the gate and compressed the way leading to life and few are those finding it.” This translation would favor the English word “strait” and not the word “straight.”