Is Nothing Sacred? A Reminder for Our Times | Meridian Magazine 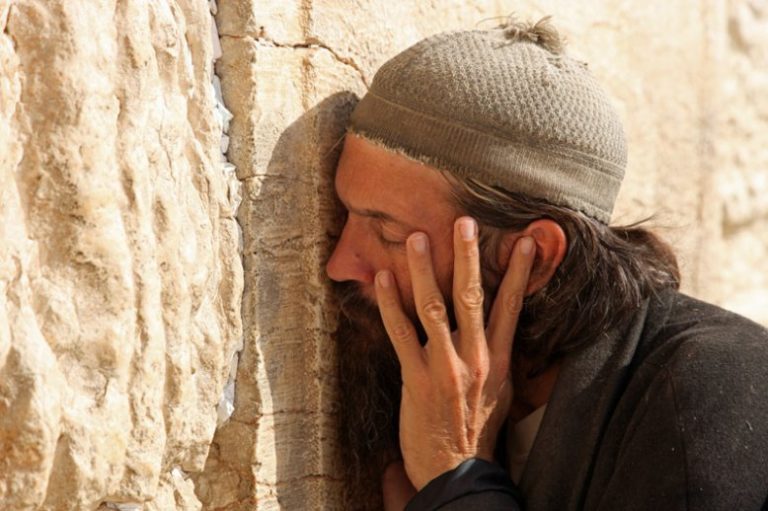 Is Nothing Sacred? A Reminder for Our Times

I had the lead in the high school junior play. I played a psychopath who was “caring” for an elderly lady. My character carried a hip flask full of water that he swigged from as if it were an alcoholic beverage that helped him get from moment to moment. We had completed about five performances through a two-week run. Just before going on stage for performance number six, I was greeted by a solemn prop crew. They had my flask. Their message to me was approximately this:

“Terry, we want you to know everything is all right now. But someone wanted to pull a prank on you and they had filled the flask with gin. They were laughing about it and told us to watch what happened when you took a swig on stage. We were horrified and immediately said, ‘But Terry doesn’t believe in drinking. He’s a Mormon.’ (The pranksters stopped laughing.) They didn’t know what your beliefs were until we told them. They apologized. We have rinsed this out about ten times. It is okay.”

I have reflected often on the respect and concern both my friends and the strangers involved showed for my beliefs. They did not hold those beliefs but were not offended that I held them. Moreover, they were not willing, in pulling a prank, to cross a line which would put me in a situation where I violated what I considered sacred. In honoring my beliefs, they were not just being tolerant, they were being compassionate. Both attitudes are fundamental to moral and ethical relationships.

My experience has been that those who respect another’s beliefs, especially beliefs about what is sacred, usually hold some things sacred themselves. To have reverence for something suggests an empathy for others who hold things sacred. Whatever we hold sacred, when we live true to those beliefs, we seem willing to grant others the opportunity to reverence their beliefs. When something is considered sacred, relationships among diverse peoples are possible. When nothing is held sacred, relationships, neighborhoods, cultures, and countries may be in conflict and possibly fall apart. Most of the time, it is probably our unwillingness to grant others their sacred feelings, and not the differences in what we hold sacred, that create contention.

For example, many years ago I made plans to attend the opening of the Simon Wiesenthal Museum of Tolerance in Los Angeles. I arrived that February morning in a rainstorm. I had not met the woman from the communications department who was to assure my admission. I sensed that she was the one holding an umbrella and looking anxious. I introduced myself. She was the one.

On this day that she and the others of the Jewish community had waited so long for, her first words were, “Terry, there has been some problem with one of your leaders and a speech in Utah.” I didn’t know what she meant. She continued, “He was speaking and a man came out of the crowd claiming he had a bomb.” I had not yet heard a thing about this, but she had been listening to a Los Angeles news station at midnight and had heard a brief report. Then she spoke about what she assumed I held sacred but which she had never heard of or understood. “The radio report said that the congregation started singing a hymn, and it distracted the man so that he could be apprehended. I’m impressed, Terry, that an audience would turn to something of peace in a time of crisis. I would like to know the name of that hymn.”

I was putting two and two together. Had I not been in Los Angeles, I would have been on the stand in the Marriott Center that night, listening to President Howard W. Hunter give the CES fireside. I told her, “I can almost guarantee that the hymn was one you would be interested in because the Old Testament came to us through prophets. The hymn was probably, “We Thank Thee, O God, for a Prophet.” She knew virtually nothing of LDS culture, music, history, or doctrine. But she knew how to sense the sacred in someone else’s beliefs.

Actually, it is possible to have sacred beliefs and yet demean other’s convictions. To do so, however, means betraying our own beliefs of how to behave, perverting the attitudes we hold, or in other ways dishonoring our own spiritual commitments. Whether our betrayal takes the form of moral superiority, spiritual arrogance, interpersonal ridicule, or being offended at others’ devoutness, all are signs of more than not granting others their sacred feelings. They reveal we have turned against our own.

The woman at the Wiesenthal Museum, without even thinking about it, was concerned about me, a person she had never met, and my culture and commitments. An assault on my leaders, however minor, was all too familiar to Jewish history. But I am convinced her compassionate response to the threats to President Hunter were more than simple empathy. They revealed the heart of a woman who held her own heritage sacred. Had she been cynical about life, her response both to “We Thank Thee, O God, for a Prophet” and to the museum’s opening would have been devoid of reverence.

When nothing is sacred, everything is fair game in conflicts of ideas, attitudes, or behaviors. If something is sacred, then some ground rules of harmonious interaction are possible.

But again, if tolerance and compassion were intertwined in acknowledging what others find sacred, new solutions would be possible. A simple example is the Seventh Day Adventist community where the mail is on Sunday (but not on Saturday). It costs nothing in such a circumstance to honor what the community finds sacred. But my major focus here is about how we individually by the way we honor the sacred, treat others, change or improve ourselves, and solve relationship problems.

I am convinced that a major reason any individual is empathic toward those from other cultures is because they themselves hold some things sacred and could therefore grant the sacred reverenced by others. One Native American couple in a parenting class told of how, growing up, winter nights consisted of hearing their religious heritage rehearsed in folk stories told by a grandfather around a warm fire. Some members of the class from other cultures expressed the wish that they had had such a background. One Anglo woman noted that her religious roots would have been cemented earlier and more deeply had she had a hogan storyteller instead of a TV set. The religious beliefs of the two cultures were different; the ways winter evenings were spent were different, but these individuals resonated to the idea of the sacred. They granted each other the legitimacy of deep spiritual feelings.

I have cousins whose upbringing on a farm sensitized them to the sacred. When you depend not just on hard work but on weather patterns for your livelihood, and see how unpredictable wind and rain and temperature can be, and when one crisis follows another (too much water, not enough water, badgers in the hay, sick cattle, too hot, too cold), you have plenty of invitations from the environment to be either bitter or humble. Granting the sacred makes keeping on with the hard work a faithful, rather than a despairing, enterprise. Successes are not accepted without thanks to God and failures are not endured without pleas to the heavens. In that respect, farmers share something worldwide about what it means to work the soil. Farmers either build determination and confidence from their labors or use their afflictions to destroy their spiritual peace. Significantly, the source of the outcome lies in the human, not in the soil.

When we hold something sacred, our approach to life will be different than when we do not. And, when we hold something sacred, we will rarely be offended by what others hold sacred, at least in the traditional definition of the word. “Sacred, consecrated to; esteemed especially dear or acceptable to a deity. Made holy by association with a god…”(The Compact Edition of the Oxford English Dictionary, Volume ii, p. 2,616). Of course, it is assumed that God’s interest is in the best interest of his creations, his children, his offspring.

Finally, as one of my cousins from Mink Creek farm reminded me, “You can not expect to receive what you are not willing to give.” In relationships, that suggests willingly granting another’s feelings of the sacred. Your expectations of being similarly treated will not necessarily be met, but your way of being with them means you’ve done your part to create a starting point for mutual understanding and harmony in religious matters.

Very sad events in France - I had a friend years ago who stamped on the tail of a brown snake (very deadly and aggressive here in Australia) as it protruded from under a piece of furniture. He thought it was a goanna (a harmless lizard) tail, but the deadly snake turned and bit him. He nearly lost his life for his careless and insensitive treatment of the animal. So it is today - extremists need very little reason to kill but to purposely make fun of what they consider is sacred is incredibly nasty and provocative (and stupid). For years some journalists and cartoonists have been allowed to mock and deride others with very little if any repercussions all in the name of free speech - they had a forum for their personal opinions and they used it with very little feeling of responsibility. The people who were killed in France were consistently mocking and derisive of Christianity and Judaism. These are tolerant religions and the journalists and cartoonists had no compunction about "putting the boot in" knowing that those religions had very little power to stop the attacks. Now they are feeling the wrath of people who have no boundaries and are starting to see how their work is affecting others. The society they have helped to create (one with no respect for others) is now turning on them. They forgot that their community no longer contains just the tolerant and forgiving but those with no compunction about killing another for an offence. The person I feel saddest for is the policeman who was killed for being in the wrong place at the wrong time.

The article said the man was apprehended Bob Powelson; don't you think the apprehender would be fulfilling the OPR role in this instance?