Is Another Pandemic Around the Corner?: How to Prepare | Meridian Magazine 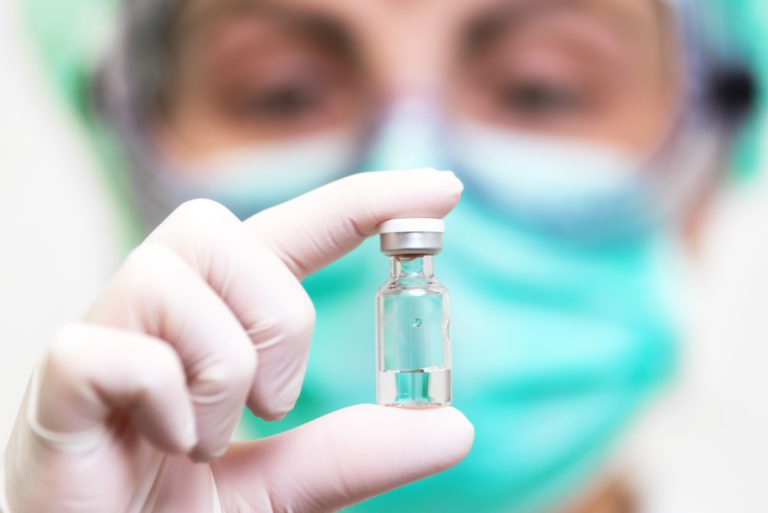 Is Another Pandemic Around the Corner?: How to Prepare

Airliners travel daily between Hong Kong and North America in about 15 hours from take-off to landing. The travel time between Europe and USA is about half of that – so it should be no surprise that health authorities have plenty of scenarios to worry about for the transfer of a deadly strain of the flu. In fact, The Harvard Initiative for Global Health predicts that some deadly strains – called “pandemics” – could kill as many as 81 million people worldwide.

We all have heard that experts are very concerned about avian (bird) flu, but what exactly is the difference between seasonal flu, an epidemic, and a pandemic?

A Seasonal Flu occurs predictably, usually during the winter. Humans have some natural immunity to influenza and there are vaccines available.

An Epidemic is defined as an infectious disease which spreads more broadly and rapidly through a given population than is the norm. For example, we expect a certain number of cases of the flu each year. When the number of those affected grows unusually high it is considered an epidemic. The body may or may not have some immunity and vaccines may or may not be available. As an example, HIV is considered an epidemic for which there is no immunity and no vaccine.

A Pandemic may be defined as an epidemic which affects an entire continent, region, or the entire globe.

When a disease is new, it simply means our immune systems have not experienced the organism before and are unprepared to deal with it. The disease will then cause serious illness or death. It will spread too quickly to be contained and will continue to spread because there is no effective treatment.

Influenza pandemics have happened during at least the last four centuries. During the 20th Century three pandemics occurred.

The first and by far the most serious, began in 1918, the “Spanish Influenza”. Approximately 20 to 40 percent of the worldwide population became ill and over 20 million died. Between September 1918 and April 1919, approximately 675,000 deaths from the flu occurred in the United States, 50,000,000 worldwide. Many died very quickly – often within 24 hours of the first symptoms occurring. Many who survived the influenza, eventually died from complications of pneumonia. One of the most frightening aspects of the Spanish flu was its ability to kill young, otherwise healthy, adults. The mortality rate was the highest among those between 20 and 50 years of age and pregnant women. It seems their healthy immune system actually attacked itself.

The second 20th Century pandemic was in February 1957, and is remembered as the “Asian Flu”. Unlike the virus that caused the 1918 pandemic, the 1957 pandemic virus was identified quickly. The virus came to the U.S. with a series of small outbreaks during the summer of 1957. When children returned to school in the fall the disease increased and spread quickly. Most deaths occurred between September 1957 and March 1958. By December 1957, the worst seemed to be over. January and February 1958 saw a “second wave” of infections develop, which is typical during a pandemic. The disease infects one segment of the population, appears to be under control and then returns to infect another segment. Although the Asian flu pandemic was not as devastating as the Spanish flu, about 69,800 died in the United States alone and between one and two million worldwide. This time the elderly had the highest rates of death.

In early 1968, an influenza pandemic was first detected in Hong Kong, and was called the “Hong Kong Flu”. In September 1968, illness was detected in the United States. The disease became widespread in December and peaked in January of 1969. In the United States, 33,800 died – most of them over 65 – making it the mildest pandemic in the 20th century. Worldwide 700,000 lost their lives.

An Ebola virus epidemic in Sierra Leone, Guinea and Liberia occurred in 2014. It spread to the United States affecting primarily the north east and Texas, which could then be classified as a pandemic since it spread to another continent.

On average, in one corner of the world or another, a new infectious disease has emerged every year for the past 30 years: mers, Nipah, Hendra, and many more. Researchers estimate that birds and mammals harbor anywhere from 631,000 to 827,000 unknown viruses that could potentially leap into humans.

Infectious diseases—some that ravaged populations in the Middle Ages—are resurging in California, Seattle and around the country, hepatitis A, typhus, shigellosis, as well as Bartonella quintana, or trench fever, are hitting homeless populations especially hard.

Public-health officials and politicians are using terms like disaster and public-health crisis to describe the outbreaks, and they are warning that these diseases can easily jump beyond the homeless population.

Remember the definition of a pandemic; disease that affects an entire continent, region, or the entire globe.

You can and should prepare now for the possibility of a pandemic. Our government and governments throughout the world, the World Health Organization, and relief agencies worldwide all believe a pandemic is coming.

What we can expect when another Pandemic hits

To help prevent the spread of a disease, communities may be quarantined – meaning you will not be able to count on out-of-town family and friends to help. People who may have been exposed may be required to stay in their homes. Schools, public transportation systems, all public events, government and private sector offices, even churches may all be closed down.

According to health officials, preparation means assuming that any or most of these conditions will apply in severely affected communities. Those who work in stores or work with the public, may also become ill or restricted to their homes. Many businesses will be forced to close because employees will stay home to protect themselves or to care for ill family members. This will mean the closure of businesses such as grocery stores and gas stations. Employees at the Los Angeles city hall have already become ill due to the increasing rat population which has also invaded the building.

Relief agencies, police and fire departments and hospitals will be short-staffed as employees and volunteers will become ill or remain home to care for family members. You will be on your own for most illness related issues.

Outside of the quarantine area, businesses will close as supplies become limited. The Stock Market will close, bankruptcies will increase as people stop receiving government aid and pay checks.

Prepare for disruptions in utility services. Pandemics are most likely to occur during the cold weather months. Utilities; electric, gas and water, all require staff to keep them operating at full capacity. Workers will stay home and ordinary repairs will become major complications as the staff will be limited. Power outages may last longer than normal. This may mean no heat, refrigeration, lights, and for those served by wells – no water. Without power, pipes may freeze and break. Water may become contaminated as staff will not be equipped to monitor and control all systems and repairs. If we should experience a winter storm, ice storm, firestorm or earthquake which damages or destroys lines during this time, the problems would be greatly compounded.

Communications during this time will become vital to your physical and emotional health.

Government and relief agencies all recommend we prepare to care for our own needs. If your community is not quarantined but the flu virus or other illness is in the area, you will want to impose a self-quarantine and stay in your home. For this to be possible you will need to prepare now.

We can learn from the experiences of the past:

Yerba Buena Island is in the middle of San Francisco Bay – it is the island at the midway point of today’s Bay Bridge, but in 1918, it stood alone, connected only by ferries to the mainland.

On September 23, 1918 Commandant Percival Rossiter of the San Francisco Naval Training Station ordered an immediate SIRQ of the island. All 6,000 people on the island, including civilians, were required to remain on the island. All contact with others living in the San Francisco Bay Area were halted except to receive supplies. Supplies were delivered to the docks and recovered only after the vessel delivering them had left. On the rare occasion that military personnel arrived on the island they were placed in a quarantine camp for several days.

By early November, new influenza cases were decreasing in the San Francisco area. On Thursday, November 21, after two months of SIRQ the ban on travel off the island was lifted. This may have been premature as the first case of influenza on the island was reported on December 6, 1918. During December 1918 and January 1919, Yerba Buena Island recorded 3 deaths from influenza and 2 from pneumonia. Deaths during the Self-Imposed Reverse Quarantine: 0

The city of Gunnison, Colorado took steps early to protect its citizens. In early October 1918, the Colorado State Board of Health issued a warning. Schools were closed across the county, with orders that they would remain closed. Large meetings were banned.

With the news that nearby towns were being hard hit by the pandemic, Gunnison enacted measures to protect its citizens. Anyone entering the town was required to remain in a quarantine location for two days. Barricades were erected on the main highways and cars were warned to drive through without stopping.

After three months, on February 4, 1919, Dr. Hyatt called for an end to the protective sequestration and closure order for the town of Gunnison. Only one death had been recorded. When a third wave of the flu arrived, 100 cases were reported in Gunnison and 5 deaths occurred.

Western Pennsylvania Institute for the Blind

The Western Pennsylvania Institute for the Blind escaped the influenza pandemic even though nearby Pittsburgh was hit hard. When word of illness in nearby towns reached the school, officials announced that visitors would not be allowed to enter the school nor students allowed to leave. No cases of the flu were reported at the school. Students were allowed to return home for Thanksgiving and upon their return 12 cases of the flu were recorded at the school. The school was closed and students sent home until the flu subsided.

There are many more examples of Self-Imposed Reverse Quarantines that prevented or greatly reduced illness and death. For this reason, it is expected that many communities will choose this same protection method when the next pandemic arrives.

“And plagues shall go forth, and they shall not be taken from the earth until I have completed my work, which shall be cut short in righteousness – Until all shall know me, who remain even from the least unto the greatest, and shall be filled with the knowledge of the Lord, and shall see eye to eye… ” – D&C 84:97-98

While this is a great overview of "recent" pandemic events, there is little here, in spite of the title, that provides recommendations for preparing for such an event. How about an in-depth overview of the preparation component