Insights into the Life of Mormon from Moroni 9 | Meridian Magazine 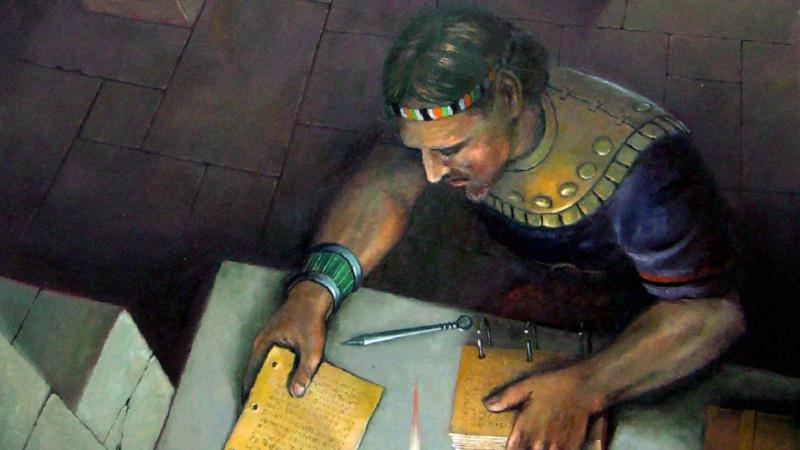 Insights into the Life of Mormon from Moroni 9

Several scholars have looked carefully at Mormon’s letter in Moroni 9 and tried to determine when he wrote it. Pioneering Book of Mormon scholar Sidney B. Sperry dated it to between AD 380–384.1 More recently, two others, Alan Miner and Joseph Spencer, separately came to similar conclusions, placing this letter somewhere between AD 375–380.2 The details supporting this dating were summarized in KnoWhy 477, “When Did Mormon Write His Letter Recorded in Moroni 9?” Meanwhile, Robert F. Smith placed the letter around AD 366,3 and researcher Jerry Grover has argued for a much earlier date, ca. AD 345–350.4

In the John W. Welch Notes, recently published by Book of Mormon Central, one of the foremost scholars of the Book of Mormon weighs in on this question. Welch finds striking parallels between the events narrated in Mormon 4 and circumstances candidly described in Moroni 9.5 The table below aligns the text from both chapters for direct comparison.6 The events of Mormon 4 took place between AD 363–375, leading Welch to conclude that “Moroni 9 was likely written sometime around AD 375–376.”7 Welch reasons, “Mormon first wrote about these events in Mormon 4 and then drafted the personal letter to Moroni in Moroni 9 based on that record.”8

The purpose of this note is not to settle this question once and for all, but to assemble in one place references to these efforts to date Moroni 9. The majority view places the letter somewhere between AD 375–380, and it could well make sense for the letter to have been written shortly after AD 375.

Reading Mormon 4 and the first part of Mormon 5 side-by-side can new shed light on Mormon’s life and what influenced his teachings. For instance, earlier Mormon had “utterly refuse[d]” to lead the Nephites in battle, “from this time forth” due to “their wickedness and abomination” (Mormon 3:11, cf. vv. 10–16). After the events of Mormon 4, Mormon “did repent of the oath which I had made that I would no more assist them” (Mormon 5:1).

Mormon’s epistle to his son written at about this same time illuminates why Mormon changed his mind. To Moroni, Mormon exhorted, “notwithstanding their hardness, let us labor diligently; for if we should cease to labor, we should be brought under condemnation; for we have a labor to perform whilst in this tabernacle of clay, that we may conquer the enemy of all righteousness, and rest our souls in the kingdom of God” (Moroni 9:6). As Welch explains:

Mormon was talking about his spiritual decision to repent of his oath. He was essentially saying, “Well, we are still here. God has spared our lives. As long as we are alive, he expects us to be working. We must carry on with the responsibilities that he has given us.” Again, the history and the letter carry parallel information. Plainly, Mormon’s letter here is describing the same conditions and events as are reported in the historical records in Mormon 4 and 5.9

Several further insights into Mormon’s life like this can be found in Welch’s notes for this week, or by studying the table below and considering how these two texts amplify and clarify each other.