Inside the collaboration between the LDS Church and NAACP | Meridian Magazine 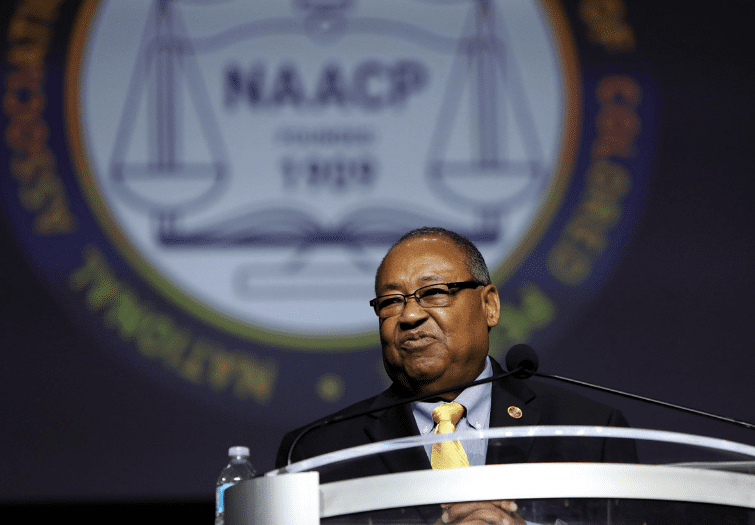 Inside the collaboration between the LDS Church and NAACP

Cover image: Leon W. Russell, chairman of NAACP national board of directors, speaks during the 109th NAACP Annual Convention at the Henry B. González Convention Center in San Antonio on Sunday, July 15, 2018.

“Boy, talk about strange bedfellows,” the man said, sparking laughter on both sides.

Few would argue with that description of the new alliance between the NAACP and The Church of Jesus Christ of Latter-day Saints. The NAACP’s national chairman calls his organization America’s “oldest, largest, most cussed, most discussed and most effective civil rights and social justice organization.” For 126 years, the church denied priesthood ordination to black men, before the course was changed 40 years ago in an announced revelation, a history still resented by some NAACP members.

Despite their past differences, the church’s First Presidency and the NAACP’s triad of leaders began to carve out an unpredictable partnership a few months ago. Driven as much by personal relationships and one notable gesture of kindness as by need and mutual concerns over an era rife with animosity, they are moving quickly. A week ago, an LDS leader spoke at the national NAACP convention in San Antonio and announced a joint education and employment initiative.

While many applauded the news, others in the crowd of 8,000 raised vocal concern. NAACP leaders were well-prepared for that reaction, and during the 18 hours that followed they explained their rationale in convention speeches.

Meanwhile, Sikahema, a stake president in the church and former BYU and pro football great, and Smith went to work. They will meet again on Aug. 1, and other local leaders of both organizations now will be tasked with working out the details of what is envisioned by their national leaders.

NAACP leaders arrived in San Antonio recognizing that they had a job to do to help their membership understand why they wanted to work with the Latter-day Saints. That was the reason they invited an LDS leader to speak during the convention.