I Went to a Socialism Conference. Here Are My 6 Observations. | Meridian Magazine 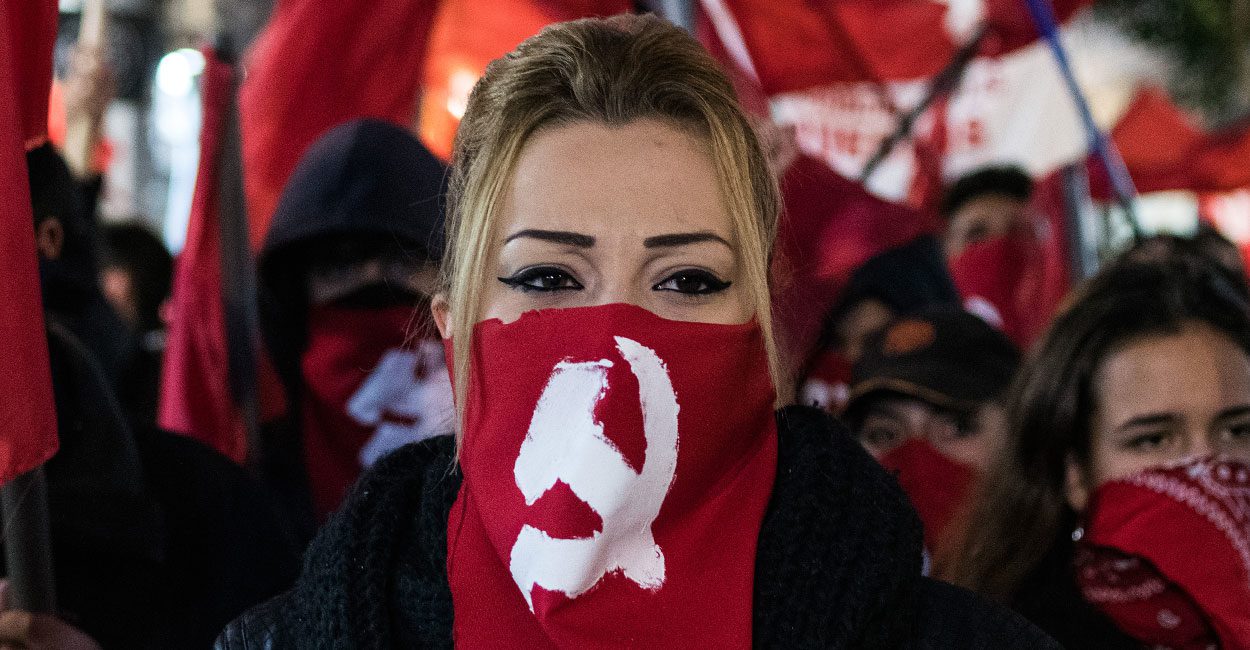 I Went to a Socialism Conference. Here Are My 6 Observations.

The following was written by Jarrett Stepman and is excerpted from the Daily Signal. To read the full article, CLICK HERE.

Since there’s often confusion as to what socialism really is, I decided to attend the Socialism 2019 conference at the Hyatt Hotel in Chicago over the Fourth of July weekend.

The conference, which had the tag line “No Borders, No Bosses, No Binaries,” contained a cross-section of the most pertinent hard-left thought in America. Among the sponsors were the Democratic Socialists of America and Jacobin, a quarterly socialist magazine.

The walls of the various conference rooms were adorned with posters of Karl Marx and various depictions of socialist thinkers and causes.

Most of the conference attendees appeared to be white, but identity politics were a major theme throughout—especially in regard to gender.

Here are brief summaries of the author’s six takeaways from the conference. To read about each one in greater detail on the Daily Signal, CLICK HERE.

A common line from those on the modern left is that they embrace “democratic socialism,” rather than the brutal, totalitarian socialism of the former Soviet Union or modern North Korea and Venezuela. Sweden is usually cited as their guide for what it means in practice, though the reality is that these best-case situations show the limits of socialism, not its success.

2. Gender and Identity Politics Are Ascendant

One panel, “Social Reproduction Theory and Gender Liberation,” addressed how the traditional family structure reinforced capitalism and contended that the answer was to simply abolish families.

It’s perhaps not surprising that socialists embrace open borders. After all, that’s becoming a much more mainstream position on the left in general.

The AFL-CIO used to support immigration restrictions until it flipped in 2000 and called for illegal immigrants to be granted citizenship.

To read about each of these points in greater detail on the Daily Signal, CLICK HERE.

4. ‘Clickbait’ Communism Is Being Used to Propagandize Young Americans

The magazine Teen Vogue has come under fire recently for flattering profiles of Karl Marx and promoting prostitution as a career choice, among other controversial pieces.

It would be easy to write these articles off as mere “clickbait,” but it’s clear that the far-left nature of its editorials—and its attempt to reach young people with these views—is genuine.

5. The Green Movement Is Red

It’s perhaps no surprise that an openly socialist member of Congress is pushing for the Green New Deal—which would essentially turn the U.S. into a command-and-control economy reminiscent of the Soviet Union.

Rep. Alexandria Ocasio-Cortez’s chief of staff Saikat Chakrabarti recently said, according to The Washington Post: “The interesting thing about the Green New Deal is it wasn’t originally a climate thing at all.”

6. Socialism Can’t Be Ignored as a Rising Ethos on the Left

According to a recent Gallup survey, 4 in 10 Americans have a positive view of socialism. Support among Democrats is even higher than among the general population, with a majority of Democrats saying they prefer socialism to capitalism.

But many who say they want socialism rather than capitalism struggle to define what those terms mean and change their views once asked about specific policies.

To read about each of these points in greater detail on the Daily Signal, CLICK HERE.

I am British and remain surprised that Americans lump Socialism and Communism as if they are absolute synonyms. In Western Europe we have a number of Socialist led countries - particularly the Scandinavian countries. They lead the world in terms of population happiness and quality of life. Most of the other European countries swing left and right at each election. Whilst I agree that Communism is anti-gospel, I also believe that rampant Capitalism is also anti-gospel.

I too am shocked at the number of members who have bought into socialism. They seriously need to look into what they are siding with because, as Roxylynne so aptly says, everything about current left wing socialism goes against virtually everything the gospel stands for. At its worst, socialism/communism the very plan we once rejected in favour of free agency on this earth.