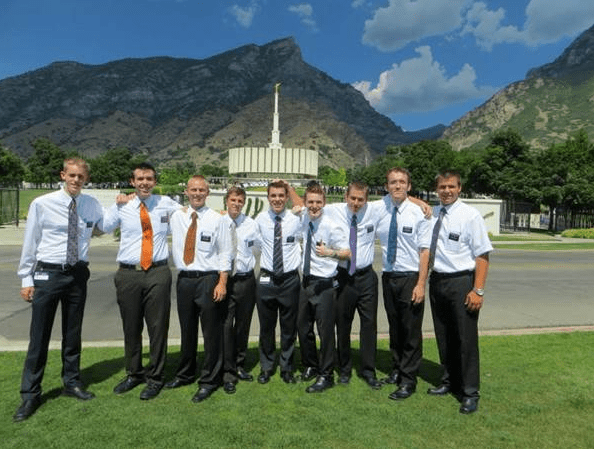 I Found The Church Through Facebook‏

After graduating from high school in Fredericksburg, VA, I was preparing to move on with my life.  By the end of my first year of college, most of my high school friends had left the area and started lives of their own. I was sad to see them go but proud that they are making something of themselves.  Although I was left with few friends nearby, there was a feeling that I now needed to somehow make new friends. So I did what most 19 year olds would do, I hopped on Facebook to see what could be arranged.

One name stood out from the others.  I knew of her from middle school and didn’t really talk to her much in high school, but I thought it was worth a try. She immediately responded and invited me to attend something called Institute that very evening. Being a punctual person, my first concern was arriving on time. My work didn’t let out till 7:30 p.m., which was when they started, but I was informed that it was alright if I came late apparently that happens with other young people quite often coming from work. So after arriving I found a place to sit and then listened to the lesson. It was based from the Doctrine and Covenants which I was told is scripture the Prophet Joseph Smith received for us today.

It was actually a great place for my journey to begin. That night there was a feeling that I wanted to learn more about this new strange religion. It was a slow process but I then made it a point to attend at least one activity a week. I even made it to a fast and testimony meeting on Sunday. Then there was mention of being able to make food for others at something called a family home evening and I was hooked into coming. That first Sunday my mindset was still just check the place out, particularly since a pretty girl had invited me.

My initial mindset changed rather swiftly.  Several weeks later I was approached by a missionary at church in the lobby.   Elder Ben Lewis came up to me and asked, “Hey are you a member?” I rolled my eyes and quickly said “Yes!” and then darted into the chapel thinking I was in the clear of any further encounters with the Elders. Well as previously mentioned, I was attending activities left and right and before long I was a regular. A feeling of belonging to something special started to grow in my heart.

One evening a few days later, our institute teacher insisted on having a “Get to know each other” activity.  I was worried, but went along with it because no one likes being that guy who randomly leaves when the teacher wants you to do something.  At this particular point I had two friends in the church. One however wasn’t there and the other friend paired up with a different student, leaving me all alone for the activity, or so I thought.

I glanced over at the pair of missionaries in the room and to my dismay, the missionary who got the “Yes I am a member” response from me at church became my partner for the activity. The conversation went something like this.  He started,  “How many times have you read the Book of Mormon?” To my reply “none,” he seemed a little shocked but continued with, “Have you read any of the Book of Mormon?” I replied with the same response, none, and then he asked “What is your favorite lesson?” to which I replied, “I haven’t had any lessons!”  If you looked hard enough his eyes actually showed the biggest question marks ever, like he couldn’t believe I had not had heard any of the missionary lessons. “So wait are you not a member?” he asked.  “No, I am not!”  The conversation eventually ended with me committing to taking the lessons.

My journey to the waters of baptism was anything but easy. I love my family with all my heart, but my mom was quite against it and if you raised your kids one way and they all of a sudden want to live another way, then who wouldn’t be against it. What my mom and I didn’t realize at the time was there wasn’t much that was being changed, in fact it was more of adding truth and goodness to what we already knew.  We argued to the point of tears and it was certainly not easy.  The day finally arrived for my baptism.

There were addictions and other terrible habits that needed to be managed in order to be ready for my baptism. These vices followed me past the day of my baptism and it took some time for me to understand just how much of a problem they were. For example, I had the occasional drink and had the habit of swearing like a sailor, among other habits I needed to jettison. How did I manage these and other problems? The same way I do today, I pray constantly and remain active in the church and attend the various activities that come up during the week and on Sunday.

I know that the Book of Mormon is very real and very true. The principles taught there and in the Bible are not just ways to succeed spiritually in this life but temporally as well.  There have been plenty of unfortunate experiences in my life, from having to leave the mission field early to being rejected by someone I loved. Depression, self-esteem issues and the list goes on.  I had plenty of reasons to throw the towel in on my conversion.

These experiences are but a small jot on the story of my life. The important thing is that God’s true church is here on the earth today. I know if I let adversity and negative experiences define me, then where is my faith in Him? Christ has felt our pain.  We can never say to Him, ‘you don’t know what it was like.’   We all have to experience sad times to appreciate the great times. We need to regularly apply the atonement in our lives. I’m so grateful my FaceBook search for a friend led me to the Church.

I am proud of you young man. When you identify negative experiences and serious doubts for what they truly are (tests of faith) and walk away to try again another day; your head is screwed on straight. I am 75 y/o, have been in the Church all my life and still start over again each week after partaking of the sacrament.