How was Mosiah a Type of Christ? | Meridian Magazine 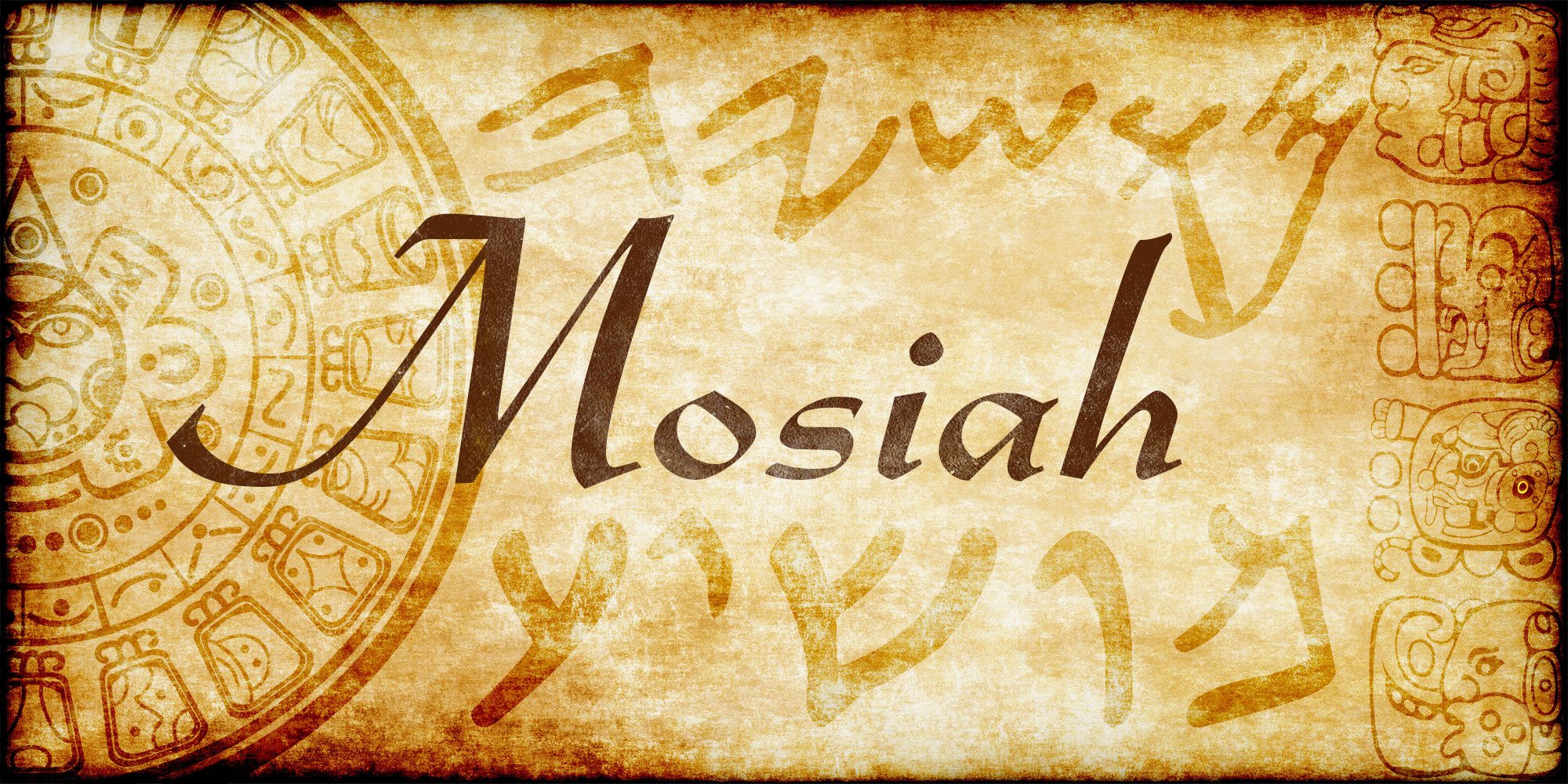 How was Mosiah a Type of Christ?

“But king Mosiah said unto Alma: Behold, I judge them not; therefore I deliver them into thy hands to be judged.” (Mosiah 26:12)

Two kings in the Book of Mormon bore the name Mosiah. Mosiah I was the father of Benjamin and king over Zarahemla (Omni 1:12, 14–19, 20, 23). Mosiah II was his grandson, and is the Mosiah of the book of Mosiah. Both Mosiahs are depicted in the Book of Mormon as exemplary leaders of extraordinary practical and spiritual ability. They both were champions of justice and mercy.

At first glance the name Mosiah might be seen as being derived from the Hebrew word messiah. Kings, after all, were anointed, and so something like this name or title may have been used in the line of Nephite kings.

A more likely suggestion is that the name Mosiah derives from the Hebrew word môšiaʿ (mo-SHE-ah), or “a champion of justice in a situation of controversy, battle or oppression.”[1] This word comes from the verb yasha, meaning “to help,” or “save.”[2] (Its nominal form yesha means “deliverance, rescue, salvation,” etc.[3]) As a noun for a deliverer or rescuer, môšiaʿ appears several times in the Hebrew Bible. Ehud is called a môšiaʿ (“deliverer”) in Judges 3:15. The Lord Himself is described as Israel’s môšiaʿ (“saviour”) in Isaiah 49:26. The term likewise appears in the legal context of the Law of Moses (Deuteronomy 22:27), as well as Moses’ final speech before the children of Israel entered Canaan (Deuteronomy 28:29).

While it is not possible to determine absolutely the origin of the name Mosiah, or whether Mosiah was the given name or the title of these two Nephite leaders,[4] it is not at all implausible to see it as deriving from the Hebrew word môšiaʿ. In fact, in the absence of any better alternate propositions, this appears to be the strongest theory.

This is strengthened by the fact that the name Mosiah being derived from môšiaʿ would have had significance for the Nephites. The two Book of Mormon Mosiahs share all six of the characteristics common to those who bear this name or title. For example, it was Mosiah I who delivered the Nephites from the highlands of the land of Nephi down into the land of Zarahemla (Omni 1:12–13). Their escape was nonviolent. Perhaps recognizing that God had “saved” (yasha) His people by His right hand (Psalm 17:7), Mosiah named his son “Benjamin,” meaning “son of the right (hand).”

Likewise, Mosiah II was appointed by the authority of God (Mosiah 2:30–31). He received the people of Limhi under his protection, delivering them from oppression after they had cried out for help (Mosiah 24). He authorized Alma the Elder to organize the church (Mosiah 25), forbad the persecution of church members (Mosiah 27:1–2), promoted justice and “equality among all men” (Mosiah 27:3), and ultimately reformed the Nephite government away from a monarchy and into a system of judges (Mosiah 29).

The book of Mosiah is a book of saviors and deliverers, as explained by John W. Welch:

Indeed, the themes of God’s salvation and the deliverance of his people are strong in the book of Mosiah. It tells of one môšiaʿ after another. Alma was a God-inspired môšiaʿ who peaceably saved his people from king Noah and the Lamanites. Zeniff tried to return to the land of Nephi to repossess the rightful property of the Nephites. His efforts failed, however, and his grandson Limhi eventually functioned as a môšiaʿ by leading his people in their escape back to Zarahemla. . . . Thus, the book of Mosiah, like the book of Judges in the Old Testament, appears to have been meaningfully named.[5]

This not only strengthens the proposed theory above, it also adds significant richness and depth to this book’s ultimate message. The central core of Benjamin’s speech is about the coming of the promised messiah and the only way to be saved through His blood (Mosiah 3). The centerpiece of the book of Mosiah is Abinadi’s testimony that God Himself will come down to suffer and to take upon Himself the iniquity and transgressions of His people, to redeem them and satisfy the demands of justice (Mosiah 15:9; 17:8). The culminating crux of the book of Mosiah is the conversion of Alma the Younger, who after three days and nights of spiritual overshadowing was “redeemed of the Lord” (Mosiah 27:24). The book of Mosiah repeatedly witnesses that the Lord Jesus Christ is the Savior (môšiaʿ), the Redeemer, and the Mighty One of Israel (Isaiah 49:26). The book of Mosiah is, in short, a book of salvation.

[3] Brown, Driver, and Briggs, A Hebrew and English Lexicon of the Old Testament, 447.

[4] Similar to how Nephi became a title for those who succeeded Nephi in the kingship (Jacob 1:9-11).