How to Ruin a Perfectly Good Romance | Meridian Magazine 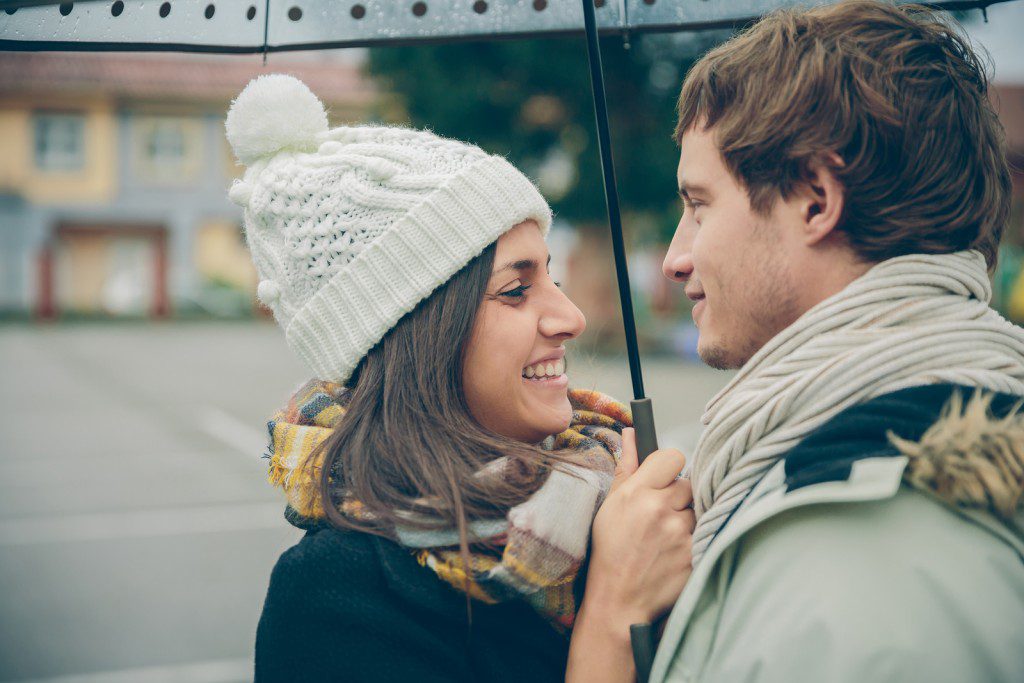 How to Ruin a Perfectly Good Romance

Julie and Jason were enormously attracted to one another. Julie gazed into her lover’s eyes, and longed to feel his gentle hands caressing her cheek. They prepared eagerly for their wedding day, and especially for their wedding night, when all the affection they felt for one another could be expressed in private, as husband and wife.

Their intimate relationship blossomed in the early weeks of their marriage. The “honeymoon” stage truly felt like a honeymoon and they longed to be together as often as possible. Julie’s pregnancy did not dim Jason’s attraction to her in the least. Even as they raised their infant son, they still felt the spark of romance burning bright.

As their little boy grew into a toddler, and other children joined the family, Julie employed her mothering skills to their fullest. She wanted her children to eat healthy meals, dress appropriately in cold weather, wear sun screen at the beach, mind their manners at the dinner table, and she worked hard to teach them accordingly.

Unfortunately, along with becoming an excellent mother to their children, Julie took it upon herself to mother Jason as well. She constantly reminded him to keep his feet off the coffee table, remove his wet towels from the bathroom floor, close his mouth when he chewed, answer the telephone with correct grammar, tuck in his shirt, polish his shoes, wash his hands before dinner, look people in the eye when speaking to them, offer a firm hand-shake, complete his home teaching and on and on.

Tradition would have us believe it is a wife becoming a mother that destroys the romance in a marriage. We blame the absence of affection to the presence of children. The children supposedly demand too much of her time; her lithe body changes. In reality, becoming parents will not affect a couple’s romantic relationship unless the wife begins to “mother” her spouse. Being married to your mother is not in the least bit romantic. In fact, the mere thought generates a great big “eeeewwwww.”

Too often wives, very adept at mothering their children, use their well-honed skills on their husbands. While it is a mother’s role, her stewardship in fact, to make sure her children eat healthy meals, dress appropriately in cold weather, wear sun screen at the beach, mind their manners at a restaurant, it is NOT her job to make sure her husband does the same. The presence of children will not ruin the romance in a marriage, unless the husband is treated like one of the children.

Jason soon started feeling toward Julie like he did about his mother, and he begin to rebel in like manner. Julie’s inability to “control” Jason made her angry and withdrawn and soon what had been a highly amorous relationship was all together not. Of course Jason and Julie are not the actual names of the couple in this scenario, they are an amalgam of hundreds of couples I have seen over the years who fell into this trap.

What’s a Wife to Do?

No wife wants to turn into her husband’s mother. She certainly doesn’t want to be considered a “nag.” So what can a wife do when she considers her husband’s behavior to be totally juvenile? The answer is: treat him like an adult. I know this counsel is the opposite of what seems warranted. Many a wife has reasoned, “If you’re going to act like a child, I’ll treat you like a child.” However, such a rationale destroys the couple-hood of the marriage and looks more like parent-hood. In order to restore the equality enjoyed by lovers, by a husband and wife who respect one another as adults, the parents in a family will want to treat one another like adults.

Adults have agency to obey or not to obey. (Children do too, but you can’t ground your husband like you can a child.) Adults, when making requests of one another, must always remember that their request can be refused. Adults have the prerogative of saying “no.” Husbands don’t have to eat their vegetables. They don’t have to wear socks with their shoes. They are adults and they get to decide what is or isn’t safe, what is or isn’t socially acceptable, what is or isn’t healthy. Wives might disagree with their husbands, but they can’t force, coerce, bribe, manipulate or punish the husband so that he will comply with their wishes. They must fully embrace the husband’s agency, and accept that he will do what he wants to do, whether they like it or not.

The secret, therefore, is to help the husband want to make mature choices. A kind wife, who makes requests, not demands, and acknowledges the husband’s agency to either accommodate or refuse her request has a greater chance of getting what she wants than a demanding wife, who insists, threatens, shames or manipulates the husband into compliance.

Sincere requests such as, “Would you be willing to….?” “It would mean a lot to me if….” “I understand if you don’t want to….” “I’ll support your decision either way….” are far more likely to generate compliance than demands or ultimatums.

Of course, an adult will want to make a mature decision because it is the right thing to do, regardless of how he is being treated. Husbands will want to resist the impulse to rebel, or to act like a child even if he is being treated like a child. Adults take responsibility for their choices, rather than justifying them with other people’s behavior.

Naturally, the roles could be reversed in this entire scenario. It could be the husband who is a nag, and the wife who is rebellious. However, to avoid the cumbersome he/she in this article, the presentation is gender biased.

The Essence of Romance

Consider the following lyrics from a variety of love songs: “Don’t go changing to try and please me,” “I love you just the way you are” “Don’t change a thing for me” “Can’t help but love you as you are.” Few compliments can melt your heart faster than the belief that you are loved wholly, just as you are, warts and all. Few insults can douse a flame faster than, “You’re not sufficient. I wish you’d change.”

Husbands and wives, both, are more likely to accommodate their partner’s wishes if they feel they are loved unconditionally. When they know their faults are not deal-breakers it gives them incentive to improve and they are far more likely to succeed in that effort.

JeaNette Goates Smith is a Licensed Marriage and Family Therapist in Jacksonville Florida. Her book, Unsteady Dating can be found at https://www.amazon.com/Unsteady-Dating-Resisting-Rush-Romance/dp/1462110622

Correction: Elder Nelson's article is in the February issue, 2003

Unconditional love is mentioned in the article but is not doctrinal and is damaging. See Ensign April 2003 "Divine Love" by Elder Nelson. It can be a life changer.