How to Earthquake-proof Our Spiritual Lives | Meridian Magazine 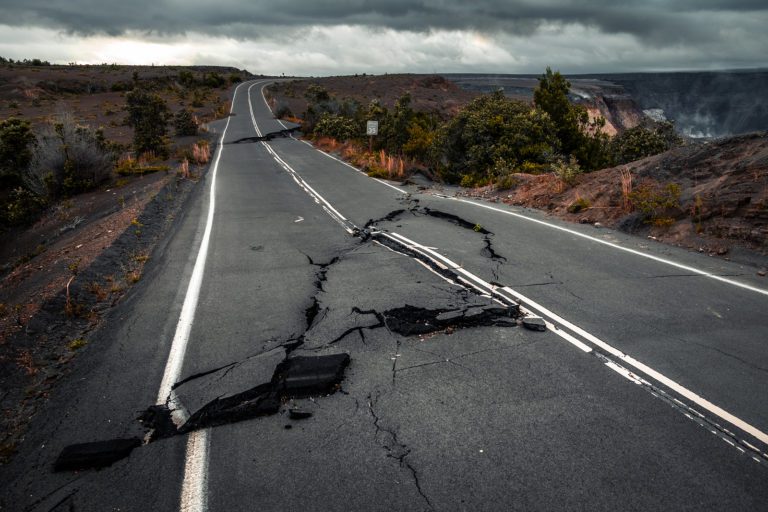 How to Earthquake-proof Our Spiritual Lives

Earthquakes pretty much terrify me. I have experienced three. As a teen I worked in a department store. One day I was folding shirts when the ground began to shake and the table I was working at moved away from me. The second came the day after our sixth child was born. I was sitting in a hospital bed holding Christine in my arms when the ground began to shake. The bed was on casters and we rolled across the room sideways and back. The third hit when we were on vacation in San Diego, asleep in a motel. Suddenly I felt and heard rumbling with growing intensity. For several years afterward, I had post-traumatic earthquake dreams.

Earthquakes are a concern for a temple-building church.

At General Conference, 2009, President Monson announced the Chile Concepción Temple. Just four months later, an 8.8 earthquake struck Chile. Because of the earthquake, major engineering changes altered the design of this temple and probably others.

I read a summary about the Chile earthquake. “A severe earthquake… occurred on February 27, 2010, off the coast of south-central Chile, causing widespread damage on land and initiating a tsunami that devastated some coastal areas of the country. Together, the earthquake and tsunami were responsible for more than 500 deaths.” Reading on, I came to this statement: “The initial event was succeeded in the following weeks by hundreds of aftershocks, many of them of magnitude 5.0 or greater.”

My panic when the ground starts shaking is because I don’t know how long it will continue, how much damage will occur, and if family and friends are safe. In the earthquake when I had just given birth, there were a couple of aftershocks, escalating my fear of another bigger quake. I cannot imagine hundreds of 5.0 aftershocks over several weeks.

President Russell M. Nelson recently announced that the Salt Lake Temple will be retrofitted to protect it from earthquake of up to 7.3 magnitude. (“Seismic retrofitting is the modification of an existing structure to make it more resistant to seismic activity, ground motion, or soil failure due to earthquakes.”)

The Deseret News’ explanation read: “Workers will begin a yearlong process of placing hundreds of what look like giant hockey pucks [base isolators] at intervals between the ground and the enormous temple’s footings and foundation…. They also will add seismic strengthening to the temple walls and towers. When the work is done, the base isolators will absorb seismic shock wave energy the way shock absorbers in a car isolate passengers from road vibrations. It actually will now be the foundation of the temple, so when the earth moves, the base isolation system takes all that movement.”

In Insights from a Prophet’s Life, episode 37, a new book on President Nelson’s life by Sheri Dew, she explains that the Concepción temple is essentially built on two foundations. One holds up the temple and the other holds up twenty-four ball bearings that sit on top of pedestals. This allows the temple to move or roll up to two feet in any direction in the event of an earthquake. Large shock absorbers in all four corners are designed to slow the acceleration of any movement. As a result, a 10-magnitude earthquake would feel more like a 2 inside the temple. It seems like the temple sits inside a cushioned outer structure.

I wonder, is there a way I can do a seismic retrofitting to protect my body, the temple of my spirit, and safeguard my emotional, intellectual, and spiritual self from earthquakes and aftershocks? What can I put in place to prevent my foundation from being cracked? What are the human equivalents of ball bearings, shock absorbers, and a building within a building?

The genius of ball bearings is that they decrease friction between surfaces. For example, the hub of a wheel is a ball bearing that makes the wheel turn smoothly. Besides reducing friction, ball bearings bear the load. In the drawing, the center is surrounded by eight balls. Without the balls, any motion would cause the center to hit the edges and bounce from point to point. The friction would be destabilizing and constant. This friction in humans is described by a lot of “D” words: discord, disharmony, disunity, disagreement, dissension, dissent, disputations. If I am the center and if I surround myself with ball bearing-like character traits, such as the ones described in Article of Faith 13, life’s friction points will be greatly reduced. Characteristics such as being honest, true, chaste, benevolent, virtuous, doing good, hoping, enduring, being of good report, and seeking the lovely and praiseworthy will help avoid experiencing those “D” words.

A shock absorber on an automobile makes the ride smoother by keeping the car from bouncing. Coils act as springs to smooth out bumps. If my individuality is encircled by spring-like coils, such as the nine principles for successful families listed in The Family: A Proclamation to the World, life’s bouncing, shaking, and jarring will be greatly lessened. Characteristics such as faith, prayer, repentance, forgiveness, respect, love, compassion, work, and wholesome recreational activities will provide a less bumpy life.

Ball bearings and shock absorbers help protect and shield the Chile Concepción Temple by creating a building within a building. The outer building acts as a cushion, pillow, or airbag for the temple itself.

The Savior used this principle in His own life. John 18:2, tells of a garden where “Jesus ofttimes resorted thither with his disciples.” I imagine He surrounded Himself in a garden, His building within a building, where He communed with His Father and accepted the Father’s will. On the night of the Atonement, He did not randomly choose to pray in the Garden of Gethsemane. It seems to be a place of retreat and peace—His outer building.

I likewise have “gardens” to resort thither when my foundation feels unsteady.

One of my mental “gardens” is the beach behind the Hotel del Coronado on Coronado Island, California. When I have painful medical procedures, I go in my mind to that beach. I feel my toes on the warm dry sand. I walk farther out. Soon the cold Pacific Ocean is up to my ankles. Then, often enough, sufficient time has lapsed that the medical procedure is over. Another mental “garden” I go in my mind is the rim of Paradise Canyon in St. George, Utah. I love to mentally hike there, ponder, and pray as the sun sets on the wide variety of nature’s best configurations—flattop mesas, windswept red rock formations, and purple mountains in the distance.

These “gardens” are my building within a building where I can pray and empty my mind of worry, where determination and resilience can replace fear, where inaction can be overcome by action, where agitation is calmed by gratitude, where fear gives way to faith in my Father in Heaven and His Beloved Son.

Earthquakes (being shaken), personal and geographic, are a fact of life. They will happen. But if I do seismic retrofitting to my temple—body, mind, spirit—I can stand firm and steadfast like the Book of Mormon prophet Jacob who said, “I could not be shaken” (Jacob 7:5).

Marilynne, another great article! Thank you! I'm passing it on to our family.

This reminds me that we are both challenged and promised to be able to "stand" in holy places. The examples of retrofitting our temples seems in part to say that we need to build flexibility into the way we make our way through life's challenges. These spiritual go-to's you describe allow us to bend with the wind and not break. Thanks for the thoughtful visual.