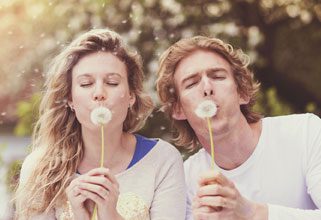 How Pre-Marital Sex Affects a Marriage

Yet despite the advances in medical science, God is adamant that sex belongs only in a marriage between a man and a woman. How could sex before marriage possibly be harmful in this advanced day and age? What about all those couples who have sex before marriage and then got married? Was it really harmful for them?

Years ago the physical consequences may have been the greatest deterrent to pre-marital sex. Couples feared unwanted pregnancy, or sexually transmitted diseases. These are still terrible dangers, but the emotional consequences can be equally as derailing..

We know from research that sex bonds us. Couples who have sex before marriage feel more connected, more dependent, and more vulnerable than before they had sex. The same chemical, oxytocin, that is released when a mother nurses a child is released when a couple has sex. That chemical is helpful when a couple is married and plan to stay together. It can be a nuisance if they aren’t and don’t.

A second discovery is the finding that couples who have sex before marriage stand the chance that they will either never marry, or if they do marry, will divorce one another. Therefore, having sex before marriage sets you up for heartbreak. A couple who has sex before marriage will get attached, and will likely break up. They may think their relationship will defy all odds and endure despite what the statistics say, but when the relationship ends the romantic can quickly turn into a cynic.

Evidence that breakups can traumatize either one or both members of a couple abounds. Trauma can manifest itself in the form of depression, both brief and lasting. Depression due to a breakup can lead to eating disorders, as in the case of one of my clients, or even suicide, which occurred to another of my clients. The trauma of a breakup may also lead to anger and retaliation, as with the woman who keyed her boyfriend’s car and slashed his tires with a knife. Therefore, a good-enough reason to avoid sex before marriage is that the greater the intimacy, the greater the hurt when the relationship ends.

Sex before marriage makes trust in the relationship extremely difficult, even when the couple has only had sex with one another. Couples who ostensibly “know better” are especially at risk of losing trust in one another. If a young person has made covenants to obey the commandments, and they fail to keep the covenants they made with God, it makes it difficult to trust that they will keep the covenants they make with a spouse.

Suspicion in one another can take a serious toll on a marriage. Spouses checking one another’s phones, email, questioning whereabouts, and panicking if a spouse is home late creates chaos in the marriage. It’s hard for a couple to grow close if one or the other refuses to let their guard down for fear of getting hurt.

People who marry outside the church often marry someone who had sex before marriage because the person was never taught otherwise. He isn’t a covenant breaker because he hasn’t made the same covenants a Church member has made. The test of his trustworthiness comes when he enters a relationship where he has made promises. Did he promise previous partners that he would be faithful, and was he? When he proposes marriage, is he willing to make a commitment of fidelity? When an individual is trustworthy in his dealings with his fellowman, whether it is evidenced by keeping promises of fidelity, or any number of promises, it is easier to trust him.

Trustworthiness can be predicted when we look not exclusively at whether or not the couple had sex before marriage, but when we look at how well they kept/keep their promises period.

When an individual breaks promises he has made, whether to God or man, this doesn’t irrevocably doom the relationship to failure. Fortunately, when the individual who has broken covenants undergoes a complete change of heart, with ample evidence of humility and repentance, his spouse can have every reason to trust him.

Marriage is not easy, even under the best of circumstances. A couple who both enter a marriage as virgins will not be conflict-free just because they waited until marriage to have sex. Marriage rubs off our rough edges, and perfects us. It gives us plenty of opportunities to overcome personal weaknesses.

One thing becomes crystal clear when you do marriage counseling: there are degrees of satisfaction in marriage. A couple who lives together without the benefit of marriage may have a satisfactory relationship. A couple who marries but not in the temple, may have a better relationship. But a couple who marries in the temple and continues to keep temple covenants will experience joy they would never know without the benefit of a covenant marriage.

JeaNette Goates Smith is a Licensed Marriage and Family Therapist and a Licensed Mental Health Counselor in Jacksonville, Florida and the author of Unsteady Dating: Resisting the Rush to Romance available at www.amazon.com.