How Near Is the Second Coming?: What Prophets Have Said Recently | Meridian Magazine 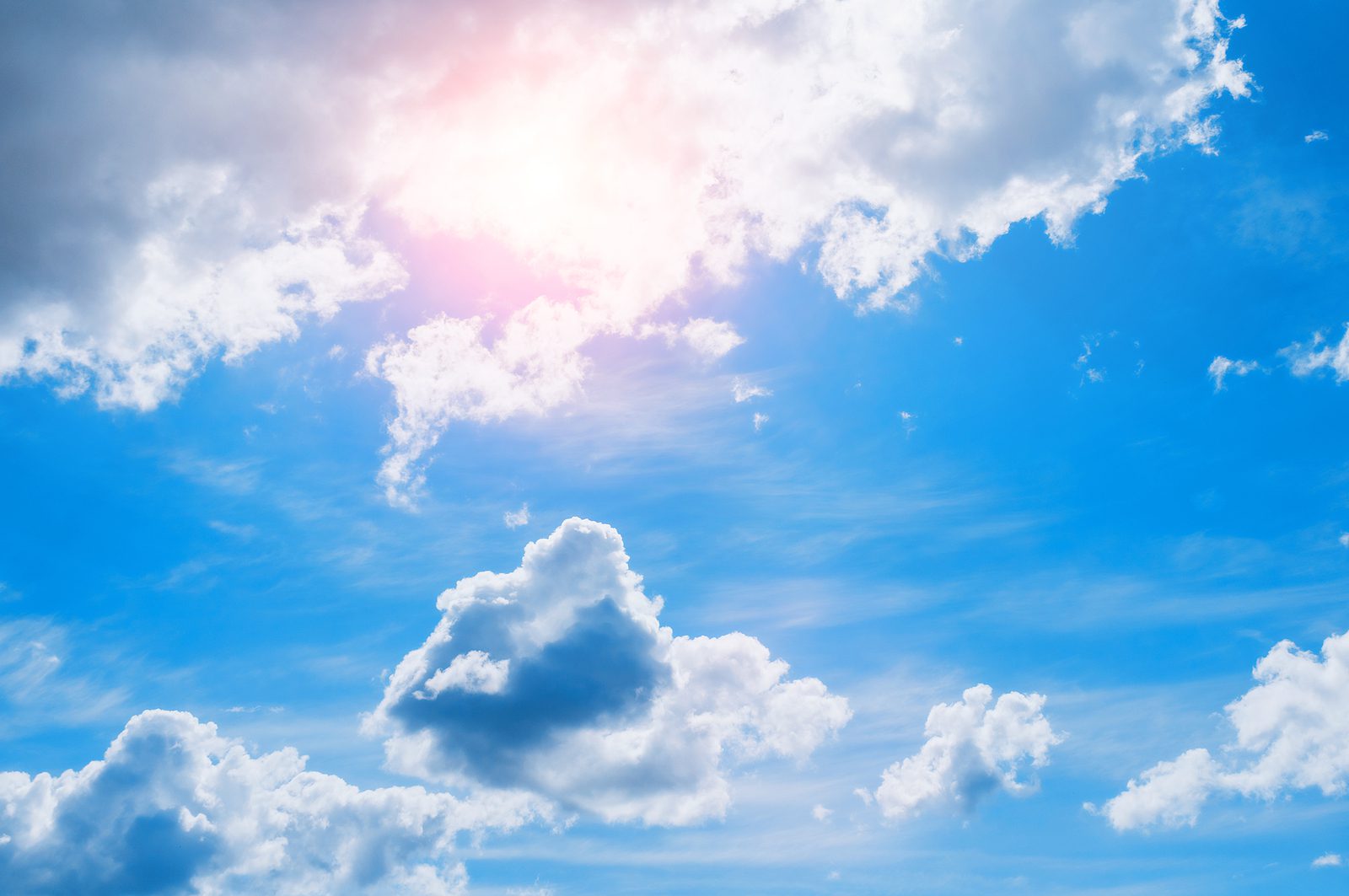 How Near Is the Second Coming?: What Prophets Have Said Recently

The Second Coming has been on my mind since I started reading the newspaper at age ten or eleven. Our local paper was doing a countdown to the Second Coming a man in our community had predicted. I woke up that day with apprehension and anxiously asked my mother what I should do. She said, “Well, go make your bed, eat breakfast, go to school, come home, practice, help me make dinner, go to sleep, and get up tomorrow.” Ever since, I have been unruffled when someone predicted a precise date for the Second Coming.

What do you think? Is the Second Coming close enough for a countdown or will the Savior come in your great grandchildren’s future? Whatever you think, President Henry B. Eyring is correct: “Every day, we are approaching closer to the glorious moment when the Savior Jesus Christ will come to earth again” (www.churchofjesuschrist.org/study/general-conference/2020/10/35eyring?lang=eng).

Do you want the Second Coming to be in your lifetime? As a child, whenever I heard the song, “I Wonder When He Comes Again,” I wondered. Will He come in my lifetime? As an adult, I no longer wonder. We all will be there in real time. No one will have to watch a rerun: “And the glory of the Lord shall be revealed, and all flesh shall see it together” (Isaiah 40:5). The righteous dead will also participate: “The Son of man shall come in his glory, and all the holy angels with him” (Matthew 25:31, italics added).

Is thinking the Second Coming is near a recent phenomenon? No. It started soon after “a cloud received [Jesus up] out of [the Apostles] sight [and] two men stood by them in white apparel [saying], Ye men of Galilee, why stand ye gazing up into heaven? This same Jesus, which is taken up from you into heaven, shall so come in like manner as ye have seen him go into heaven” (Acts 1:10-11). His disciples hoped, watched, and prepared, as have believers for two thousand years, especially during turbulent times.

Will faithful members of the Church know when the Savior’s coming is imminent? Yes. As the signs become more and more obvious, we may not know the exact date, but we will know the time is fast approaching. The Savior said: “Now learn a parable of the fig-tree—When its branches are yet tender, and it begins to put forth leaves, you know that summer is nigh at hand; so likewise, mine elect, when they shall see all these things, they shall know that he is near, even at the doors” (JS-Matthew 1:38-39, italics added). What a blessing awaits, to be His elect to see and to know when His coming is very near. Such signs cannot be ignored. For example, two of the signs given to the people in America, signifying the birth of Jesus Christ, were a night with no darkness and a brilliant new star.

Does the Book of Mormon provide a timeline for the Second Coming? There are obvious comparisons related to the Second Coming in the pages of the Book of Mormon. Specific signs were given as preludes to Jesus’ birth and death. I try to line-up Book of Mormon events with current events and wonder if we are at the end of Helaman, the first few chapters of 3 Nephi, or still back in Alma. I wonder if a modern-day prophet is figuratively standing on a city wall, proclaiming, “I give unto you a sign; for five years more cometh, and behold, then cometh the Son of God to redeem all those who shall believe on his name” (Helaman 14:2).

Were topics related to the Second Coming mentioned in this October’s general conference? Yes. In studying the talks of the First Presidency and the members of the Quorum of the Twelve Apostles, I saw repetitions and themes. I searched for the words: Second Coming, Zion, prepare. Here is a short summary.

Elder Bednar referenced the promise in Doctrine and Covenants 38:30: “If ye are prepared ye shall not fear.” He quoted the next verse as well: “That ye might escape the power of the enemy, and be gathered unto me a righteous people, without spot and blameless.” What a promise! Who doesn’t want to escape the enemy and be gathered to the Lord! Elder Bednar also spoke of the foolish and wise virgins and where they were in their preparations when “at midnight there was a cry made, behold, the bridegroom cometh; go ye out to meet him” (Matthew 25:6).

Elder Rasband used the word prepare three times with the specific admonition to be spiritually prepared by having a current temple recommend.

Elder Cook spoke of the Zion society of the Nephites in 4 Nephi 1:15-26. He also used Enoch’s Zion in Moses 7:18, as an example. He concluded by issuing “the clarion call to members of The Church of Jesus Christ of Latter-day Saints is to strive to be a Zion people.”

Elder Christofferson discussed sustainable societies and quoted the same two examples of Zion societies in 4 Nephi and Moses 7 as Elder Cook had done.

Elder Uchtdorf said: “At times we may feel buried by the trials of life or surrounded by emotional darkness.” He cited the example of Enoch and his people who lived in a time of wickedness, wars, and bloodshed. “But the Lord came and dwelt with his people. He helped them establish Zion﻿—a people “of one heart and one mind” who “dwelt in righteousness” (Moses 7:16, 18).

President Eyring spoke of Enoch, using his name eight times and quoting many verses from Moses chapter seven about Enoch’s Zion society. He also referred to the Zion-like people in 4 Nephi, as Elders Cook, Christofferson, and Uchtdorf had done.

Fifty words into President Ballard’s talk, he listed what to expect before the Lord’s Second Coming: wars, rumors of war, famines, pestilences, earthquakes, all things in commotion, fear, violence, moral denigration, vandalism of places of worship, pandemics, feelings of aloneness and isolation, economic upheavals, riots, mobs, and widespread conflicts. He said the world is at a “critical” and “major crossroads.”

President Oaks admonished being of good cheer despite overwhelming challenges and adversity.

Elder Holland listed the personal trials of “COVID and cancer, doubt and dismay, financial trouble and family trials.” He said such burdens will be lifted “by and by.”

Elder Stevenson commiserated: “Many, many of you have dealt with heartbreaking disappointment, sorrow, and discouragement.”

Elder Renlund quoted the prophet Micah: “O man… what doth the Lord require of thee, but to do justly, and to love mercy, and to walk humbly with thy God” (Micah 6:8)? He emphasized the absolute need to extend love and mercy to those who suffer, even when their adversities are self-inflicted.

Elder Gong said: “Brothers and sisters, as we increase our faith in Heavenly Father and Jesus Christ, receive the blessings found in living restored gospel truths and sacred covenants, and study, ponder, and share about the ongoing Restoration, we participate in fulfilling prophecy.”

Elder Soares promised: “We may triumph over the enemy’s evil influences” even through current turbulence.”

Elders Holland, Uchtdorf, Soares, and Stevenson all made mention of Joseph Smith’s experience in Liberty Jail, perhaps to emphasize that surviving horrific adversity is possible.

Elder Anderson said he visualizes Christ’s return: “While we do not know when He will come, the events of His return will be breathtaking! He will come in the clouds of heaven in majesty and glory with all His holy angels. Not just a few angels but all His holy angels…Can you imagine being caught up to meet Him, whether on this side or the other side of the veil?”

President Nelson spoke about future events, warning that “men’s hearts [would fail] them… that even the very elect would be at risk of being deceived,” that “peace [would] be taken from the earth,” and that “calamities would befall mankind.” He quoted as Elder Bednar did: “If ye are prepared ye shall not fear.” He warned: “The adversary never stops attacking. So, we can never stop preparing! The more self-reliant we are﻿—temporally, emotionally, and spiritually﻿—the more prepared we are to thwart Satan’s relentless assaults.” In his Sunday morning talk, “Let God Prevail,” President Nelson focused on the gathering of Israel, which he said, “is happening right now” and is “an essential prelude to the Second Coming of the Lord.” He said, “It is the most important work in the world.” He closed the conference by saying: “May we go forward together to fulfill our divine mandate﻿—that of preparing ourselves and the world for the Second Coming of the Lord.”

What conclusions can you draw from these talks? Four stand out to me: 1. Prepare physically, emotionally, and spiritually for hard times; 2. Increase your efforts to gather Israel; 3. Know you can outlast adversity; and 4. Intensify your personal righteousness to become more Zion-like. President Eyring said it: “We know that the Savior will come to a people who have been gathered and prepared to live as the people did in the city of Enoch.”

How do signs of the Second Coming come?

By the voice of glory and honor and the riches of eternal life” (D&C 43:25). Though tumultuous times loom, if we are alert to the voices listed above and if we prepare as prophets, seers, and revelators reveal, we will be ready with sufficient oil in our lamps to rejoice with Isaac Watts’ (1674-1748) who wrote the famous words to celebrate the Second Coming: “Joy to the world, the Lord is come! Let earth receive her King.”

To Sissy: My blessing tells me the same exact thing. That I will live to see that day. I'm the same age as you are. My family mocks me about it. But that's OK, it's not their blessing. It's mine.

I'm with David above. Most of the quotes given, are telling us to be better people. I find it amusing that "the sound of a trump" is required. Though I am rather concerned that how we have responded to donald trump might be a sheep and goats sifting/moral judgement time.