How many Earth-like planets exist in the universe?: BYU Study Provides Most Accurate Estimate « Meridian Magazine 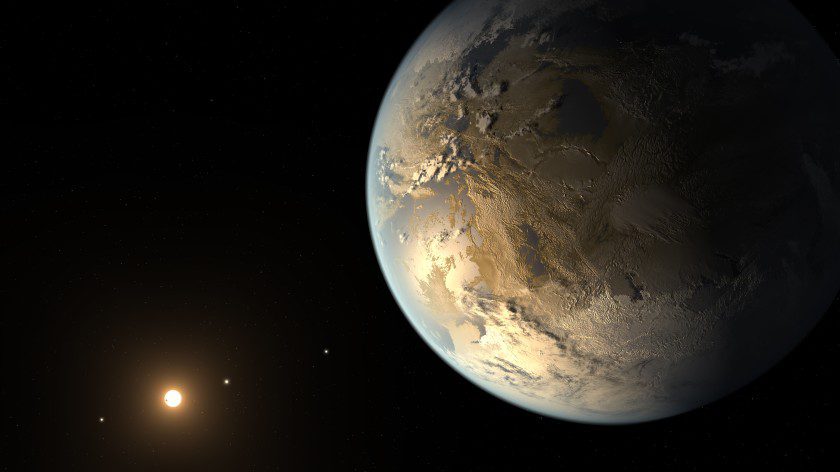 How many Earth-like planets exist in the universe?: BYU Study Provides Most Accurate Estimate

A new study from researchers at Brigham Young University and Pennsylvania State University provides the most accurate estimate of the number of Earth-like planets in the universe. The team looked at the frequency of planets that are similar to Earth in size and in distance from their host star, stars similar to our Sun. Knowing the rate that these potentially habitable planets occur will be important for designing future astronomical missions to characterize nearby rocky planets around Sun-like stars that could support life.

Thousands of planets have been discovered by NASA’s Kepler space telescope. Kepler, which was launched in 2009 and retired by NASA in 2018 when it exhausted its fuel supply, observed hundreds of thousands of stars and identified planets outside of our solar system – exoplanets – by documenting transit events. Transit events occur when a planet’s orbit passes between its star and the telescope, blocking some of the star’s light so that it appears to dim. By measuring the amount of dimming and the duration between transits and by using information about the star’s properties, astronomers characterize the size of the planet and the distance between the planet and its host star.

“We wanted to understand planets from other stars, specifically the quantity, size and whether they are close to their respective stars,” said Darin Ragozzine, a BYU astronomy professor and co-author of the study. “However, we can’t just take the info found from the telescope. Kepler actually found more larger planets while in fact there are more small planets out there, they’re just harder to see.”

To overcome that hurdle, researchers designed a new method to infer the occurrence rate of planets across a wide range of sizes and orbital distances. The new model simulates “universes” of stars and planets and then “observes” these simulated universes to determine how many of the planets would have been discovered by Kepler in each “universe.”

“Once we know how well we can detect a planet, we can then predict how many other planets like it there are,” Ragozzine said. “This was the main goal of the Kepler mission, to determine the frequencies of these planets.”

The results of this study are particularly relevant for planning future space missions to characterize potentially Earth-like planets. While the Kepler mission discovered thousands of small planets, most are so far away that it is difficult for astronomers to learn details about their composition and atmospheres.

“We found that around ten percent of stars have a planet that is about the same size as Earth and gets about the same amount of sunlight as Earth. This has been talked about for a long time, but until Kepler there wasn’t any data to back it,” Ragozzine said. “We now have real numbers that really help us understand planets like Earth are very common.”

A paper describing the model appears in The Astronomical Journal, which was co-authored by Ragozzine and BYU student Keir Ashby, as well as researchers from Penn State.

The study was funded by NASA and Brigham Young University and the paper can be seen online. To learn more BYU’s astronomy program, visit physics.byu.edu.

It's too bad that BYU students are being taught to believe and depend on science rather than revelation. We have already been told that there are "worlds without number".

It was informative to find out there are 134!