How Important Was It to Moroni that We Pray about the Book of Mormon? | Meridian Magazine 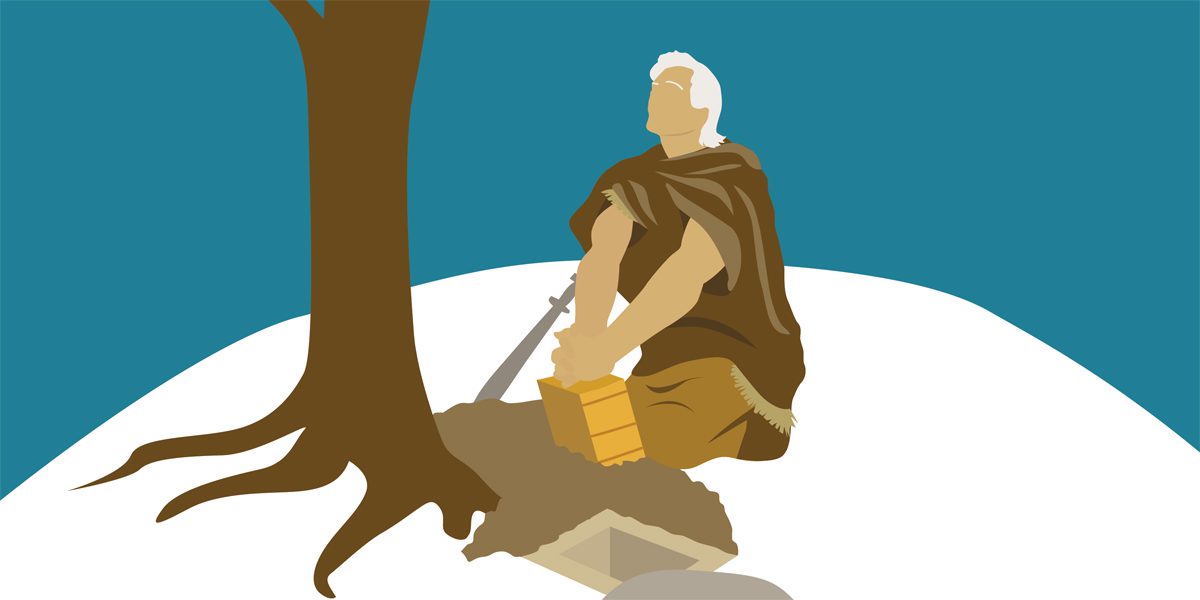 How Important Was It to Moroni that We Pray about the Book of Mormon?

View the original article at Book of Mormon Central.

“And when ye shall receive these things, I would exhort you that ye would ask God, the Eternal Father, in the name of Christ, if these things are not true; and if ye shall ask with a sincere heart, with real intent, having faith in Christ, he will manifest the truth of it unto you, by the power of the Holy Ghost. And by the power of the Holy Ghost ye may know the truth of all things.”

After his father’s death, Moroni wandered alone for sixteen years (385–401 AD) before beginning to finish Mormon’s record (Mormon 8:6). By the time the final statements of Moroni 10 were written, Moroni had been wandering for thirty-six years (385–421 AD).1 During this time, we may suppose, Moroni had the opportunity to learn to hear the voice of the Spirit and develop his relationship with God. As he attempted to finalize his father’s record, he provided three separate endings to the book, each with their own exhortations and invitations to pray about what was written.

The first of Moroni’s three endings comes in Mormon 8–9, where he assumes that he will only have time and space to write “but few things” at the end of his father’s record (Mormon 8:1–5). He exhorts those who do not believe in Christ to not deny the revelations and miracles of God (Mormon 9:1–20). He declares that God has given a promise “unto all” that those who believe in Christ can ask the Father about these things, or about anything, and “it shall be granted him” (Mormon 9:21).

Perhaps because he lived longer than he expected, Moroni then included his abridgment of the Jaredite record (the book of Ether). He ends his thoughts by exhorting his audience to “seek this Jesus of whom the prophets and apostles have written” (Ether 12:41). If they will have faith in Jesus, He will “manifest unto them the things which the brother of Jared saw, even to the unfolding unto them all my revelations” (Ether 4:7).

After these first two attempts to finalize the record, Moroni “had supposed not to have written more,” but found that the Lord had preserved his life. He now hoped to write “a few more things, that perhaps they may be of worth unto my brethren” (Moroni 1:1, 4). We find in the book of Moroni “a grand summary for his story.”2 However, it is not a summary of the history of the Nephites, nor of that of the Jaredites, but a commentary on how we can avoid their fates. The Nephites and Jaredites were devastatingly annihilated, but Moroni gives us the tools to build a future full of hope and joy.3 Moroni’s third and final farewell comes in Moroni 10, after a series of eight exhortations that serve to seal up the book and his own testimony.4

The most famous of these exhortations, known to many as “Moroni’s promise,” comes in Moroni 10:4:

And when ye shall receive these things, I would exhort you that ye would ask God, the Eternal Father, in the name of Christ, if these things are not true; and if ye shall ask with a sincere heart, with real intent, having faith in Christ, he will manifest the truth of it unto you, by the power of the Holy Ghost.

Once again, Moroni closes his record with the promise that God Himself will testify of the truthfulness of what has been written, in response to readers’ sincere prayers.

We should note that Moroni also teaches the process that should be followed in order to receive this testimony. Just before his invitation to pray about “these things” in Moroni 10:4, he admonishes his audience to remember and ponder.

Moroni, in Moroni 10:3, exhorts us that we would “remember how merciful the Lord hath been unto the children of men.” He further adds that we should “ponder” these things in our hearts. Anciently, to ponder meant “to weigh,” which suggests that to ponder something was to weigh or decide its value. Moroni wanted us to weigh the value of “these things,” meaning “these records” that he was sealing up (Moroni 10:2), as we go to the Lord to ask about their truthfulness.5

Readers of Moroni’s words will note that every time he attempted to finish the record of his father and seal up his testimony, Moroni invited the future readers of the book to pray and ask the Lord regarding the truths and revelations contained therein. Each invitation was accompanied by a promise that the Lord would reveal the truthfulness of what was written. We should understand that with all that the Book of Mormon authors tried to teach us, Moroni, the book’s final author, believed that the surest and strongest method for proving to us the truthfulness of the book was to have us pray to the Lord about it.

For those willing to put Moroni’s promise to the test, he invited them to ponder upon the book’s message, while remembering the Lord’s mercies upon mankind. The significance of Moroni’s advice here is that when we pray about the Book of Mormon’s truthfulness, “if we remember that God has been merciful in the past, we can count on him to be merciful now and to tell us whether the record is true.”6 If we truly ponder, or weigh the value, of the Book of Mormon’s message in our lives, and then ask “with a sincere heart, with real intent, having faith in Christ, he will manifest the truth of it unto you, by the power of the Holy Ghost.”

Moroni’s promise goes beyond praying about the Book of Mormon alone. In Moroni 10:5, Moroni promised, as he did in his two previous invitations, that the Lord would reveal to us the truth of “all things” through the power of the Holy Ghost. If we can, as Moroni did in his wanderings, learn to recognize the voice of the Spirit, the Lord can guide us at all times, so that we can discern what is true and good in all situations throughout our lives.