How Does the Joseph Smith Translation Teach Us about Melchizedek? | Meridian Magazine 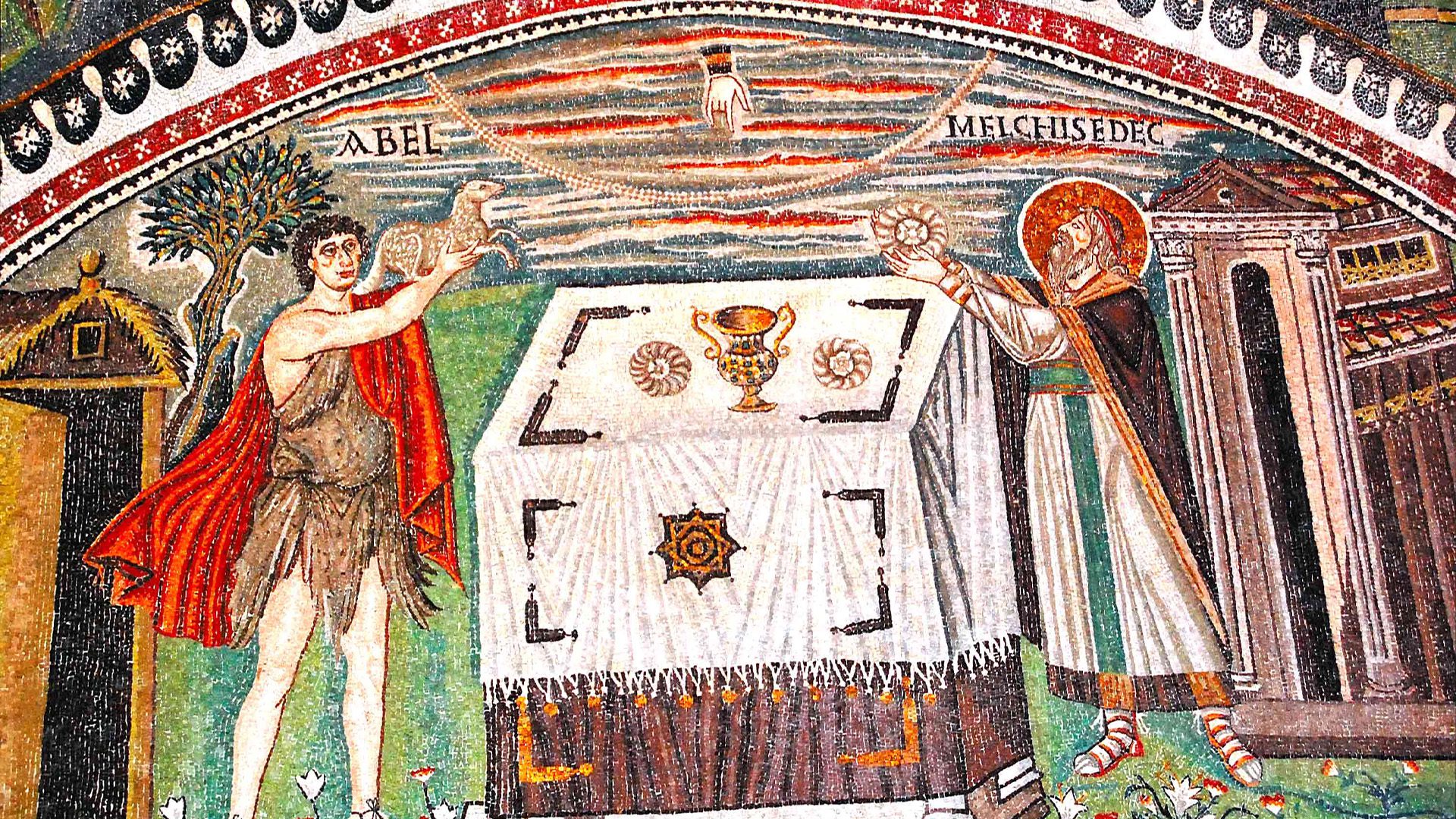 How Does the Joseph Smith Translation Teach Us about Melchizedek?

“And this Melchizedek, having thus established righteousness, was called the king of heaven by his people, or in other words the king of peace.” JST Genesis 14:13

An often misunderstood but obviously important figure from the Bible is Melchizedek, the king of Salem. Due to the brevity of his appearances (in only Genesis 14, Psalm 110:4, and Hebrews 7), many have needed to speculate about who Melchizedek might have been and what roles he played in the ancient world. And indeed, for most readers it is clear that Melchizedek was important: “he was the priest of the most high God” (Genesis 14:18), and some men in ancient Israel could be ordained “a priest for ever after the order of Melchizedek” (Psalm 110:4).

Thanks now to the Book of Mormon and also to Joseph Smith’s Translation of the Bible, Latter-day Saints are blessed with much information regarding this holy priest and king. As the Melchizedek material in Book of Mormon has been discussed in a previous KnoWhy,1 this article focuses on the contributions of the Joseph Smith Translation to our understanding of Melchizedek. Consider the following five points:

First, Melchizedek’s sublime role as a high priest is highlighted in the Joseph Smith Translation (JST) and Book of Mormon. Several points in the lengthy additions to Genesis 14 unusually focus on the priesthood of Melchizedek rather than on him as a person. Similarly, as John W. Welch has noted, Alma 13 contains a powerful speech by Alma that draws upon that emphasis on the holy priesthood: “It is not the historical details about Melchizedek himself that are important to Alma, but rather the symbolic priesthood ordinances associated with him.”2 Indeed, Alma’s exposition assumes a knowledge of several subtle details found only in the JST text of Genesis 14.3

Second, when Melchizedek is introduced in Genesis 14, he is seen in a priestly role, pointing ahead to Jesus Christ.4 While the King James Version records that Melchizedek “brought forth bread and wine” (Genesis 14:18), the JST explicitly states that he performed a foreshadowing sacramental ordinance: “And he [Melchizedek] brake bread and blessed it, and he blessed the wine—he being the priest of the Most High God” (JST Genesis 14:8).5 Other ancient sources, cited by Hugh Nibley, likewise see the bread and wine as being “in similitude of the sacrifice of the Lord.”6 According to Kent P. Jackson, the JST text “gives every indication that it was a Christian event that celebrated in advance the atoning body and blood of Jesus Christ.”7

Third, additions to Genesis 14 in the Joseph Smith Translation that have no counterparts in the King James Version describe the miracles that can be performed through this priesthood:

For God, having sworn unto Enoch and his seed with an oath by himself that every one being ordained after this order and calling should have power by faith to break mountains, to divide the seas, to dry up waters, to turn them out of their course, to put at defiance the armies of the nations, to divide the earth, to break every band, to stand in the presence of God, to do all things according to his will according to his command, subdue principalities and powers, and this by the will of the Son of God (JST Genesis 14:11).8

These miracles came only through righteousness and faith in the promised Messiah, Jesus Christ. Melchizedek offers readers today a powerful example of this kind of faith and righteousness.

It might be thought strange that the priesthood would be spoken of as being without father and mother, since priesthood is not an organic, biological thing; but the contrast is being made with the Aaronic Priesthood, which came down by lineage. Hence, the point is that the priesthood of Melchizedek was not limited to a certain family in Israel.10

Because of this important principle, Jesus Christ could act as the Great High Priest without being either a Levite or a descendent of Aaron.

Fifth, the Joseph Smith Translation provides additional details regarding the life and ministry of Melchizedek. Notably, the Lord is described as having renewed, through Melchizedek, the covenant God had made with Enoch before the flood (see JST Genesis 14:11).11 Enoch appears to have figured prominently in the faithfulness of the people in the city of Salem. We are told that those who had the faith of Melchizedek “were translated and taken up into heaven,” as had been the people of Enoch: “And his [Melchizedek’s] people wrought righteousness and obtained heaven and sought for the City of Enoch, which God had before taken” (JST Genesis 14:12, emphasis added).12

As Jackson noted, “This new text thus gives us a record of a second translated community, which together with the people of Enoch will be reserved ‘unto the latter days or the end of the world,’ when heaven and earth will ‘come together’” (see JST Genesis 14:12).13

As Melchizedek had long ago exemplified, it was always the worthiness of the priest and not just the holding of the priesthood that led to righteousness and powerful manifestations of godliness. The Melchizedek Priesthood was foundational in the meridian of times. The Lord God had sworn to the Lord Jesus Christ, “Sit thou at my right hand. . . . [With] the rod of thy strength out of Zion: rule thou. . . . Thy people shall be willing in the day of thy power, . . . [for] thou art a priest for ever after the order of Melchizedek” (Psalm 110:1–4; cf. Mark 12:35–37).

This explains why the everlasting powers of the Melchizedek Priesthood were vital to the primitive Christian Church established by Jesus and thus why they are also vital to the Restored Church of Jesus Christ. Speaking to and of that Church, President Dallin H. Oaks declared: “The Melchizedek Priesthood is the divine authority God has delegated to accomplish His work ‘to bring to pass the . . . eternal life of man’ (Moses 1:39). In 1829, it was conferred upon Joseph Smith and Oliver Cowdery by the Savior’s Apostles Peter, James, and John (see D&C 27:12). It is sacred and powerful beyond our powers to describe.”14

As Melchizedek typified Jesus Christ in several ways, both sacramentally and as a miracle worker, the name of this exemplary high priest is used as an honorific title referring the high Priesthood, after the Order of the Son of God (see Alma 13:7–9). John the Baptist used this name in assuring Joseph Smith and Oliver Cowdery that Peter, James, and John “held the keys of the Priesthood of Melchizedek” (Joseph Smith–History 1:72).

Because Melchizedek received his priesthood authority from God and not from any ancestral lineage, the keys of this priesthood are rightly passed down in the Lord’s Church according to the will and order established by God, not in any other way. Through this power, everyone who makes and keeps sacred covenants by obeying the ordinances of this holy order of priesthood can confidently look forward to coming forth in glory and being raised up as great and noble disciples and leaders unto the most high God.

These details from the Joseph Smith Translation and several other revealed truths about Melchizedek enhance our understanding of the love and blessings that can be received through the authorized administration of the power of Jesus Christ by those who are ordained “after the order of Melchizedek” (Psalm 110:4; cf. Alma 13:6–19). By learning how Melchizedek acted in faith to receive great blessings from the Lord, modern worshippers who follow in the Lord’s covenant path can similarly draw upon the powers of heaven and receive help and, ultimately, exaltation from the Lord.

While other revelations and ancient traditions regarding Melchizedek and this priesthood add further details about the holy man, his calling, and others ordained to exercise this priesthood order, the Joseph Smith Translation of the Bible restores unique, important, and very ancient information.15 These additional details in the JST are particularly important to Latter-day Saints. This knowledge enhances our understanding of the Old Testament and yields inspiring evidence for Joseph Smith’s calling as a prophet, seer, revelator, and restorer of Christ’s Church.

3.As has recently been argued, additions made in the Joseph Smith Translation of Genesis 14 reflect quite remarkably ancient details about Melchizedek that were apparently found on the plates of brass that were taken by Nephi from Jerusalem and were thus known to Alma. See Noel B. Reynolds, “The Brass Plates Version of Genesis,” Interpreter: A Journal of Latter-day Saint Faith and Scholarship 34 (2020): 63–96; Jeff Lindsay and Noel B. Reynolds, “‘Strong Like unto Moses’: The Case for Ancient Roots in the Book of Moses Based on Book of Mormon Usage of Related Content Apparently from the Brass Plates,” Interpreter: A Journal of Latter-day Saint Faith and Scholarship 44 (2021): 1–92. A more detailed version of Lindsay and Reynolds’s paper has been published in Tracing Ancient Threads in the Book of Moses: Inspired Origins, Temple Contexts, and Literary Qualities, ed. Jeffrey M. Bradshaw, David Rolph Seely, John W. Welch, and Scott Gordon (Orem, UT: Interpreter Foundation; Salt Lake City, UT: Eborn Books, 2021), 315–420.