How Does the Doctrine of Christ Relate to the Ancient Temple? | Meridian Magazine 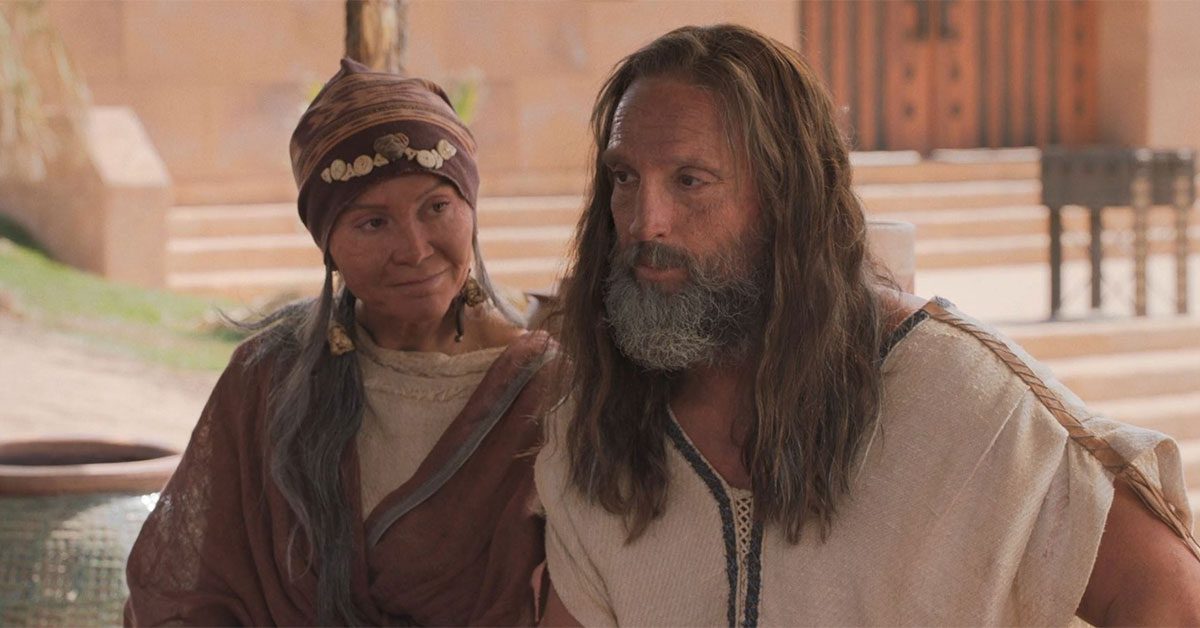 How Does the Doctrine of Christ Relate to the Ancient Temple?

“Wherefore, now after I have spoken these words, if ye cannot understand them it will be because ye ask not, neither do ye knock; wherefore, ye are not brought into the light, but must perish in the dark. For behold, again I say unto you that if ye will enter in by the way, and receive the Holy Ghost, it will show unto you all things what ye should do. Behold, this is the doctrine of Christ, and there will be no more doctrine given until after he shall manifest himself unto you in the flesh.” 2 Nephi 32:4–6

As Nephi begins to close his record, he emphatically teaches what he called “the doctrine of Christ” (2 Nephi 31:21; 32:6), defined as, in essence: faith, repentance, baptism, receiving the gift of the Holy Ghost, and enduring to the end to receive eternal life (2 Nephi 31:13–15).1 Nephi teaches the gospel with explicit “plainness” and clarity (2 Nephi 31:2; 32:7), and yet at least some of his people struggled to understand what he taught (2 Nephi 32:1–4).

One method Nephite prophets repeatedly used to clearly teach the people about Christ was to draw on the symbolism and ritual of Israelite temple worship. The clearest example of this is King Benjamin’s speech, where he gathered the people to the temple and taught them about the atoning blood of Christ, likely in connection with the rituals of the Day of Atonement and other Israelite autumn festivals (Mosiah 2–5).2 Jacob, Nephi’s younger brother, likewise taught about the plan of salvation at the newly built temple during what was likely one of the autumn festivals (2 Nephi 6–10).3

According to Shon D. Hopkin, professor of ancient scripture at BYU, Nephi did the same thing in 2 Nephi 31–32. “In teaching these concepts of the doctrine of Christ that may have been new to the Nephites … he provided them a familiar context by describing them in terms provided by the Temple of Solomon.”4 As another scholar observed, “The last three chapters of Second Nephi are saturated with the theme of the [temple] veil.”5

Hopkin argued that Nephi’s presentation of the doctrine of Christ relied “upon imagery of the high priest’s divine ascent” performed on the Day of Atonement, when the priest went “from the east end of the Temple (at the altar of sacrifice) to its west end (in the holy of holies).”7 In the doctrine of Christ, Hopkin compares repentance and baptism to symbolically passing by the altar of sacrifice (repentance) and the molten sea (baptism) while entering in through the “gate” or temple door into the “holy place.”8

Once they’ve entered through the gate/temple door, “the worshiper can receive the baptism of fire and see by the light of the Holy Ghost, symbolized by the blazing menorah or lampstand.”9 From there, they must “press forward” by “feasting upon the word of Christ” (2 Nephi 31:2; 32:3)—invoking the symbolism of the table of showbread.10

At this point, Nephi “cannot say more” (2 Nephi 32:7). “The worshipper is left at the veil, seeking to speak the tongue of angels by a reliance on the word of God and the gift of the Holy Ghost.”11 To move further, Nephi urges that we must pray (2 Nephi 32:8–9)—the symbolic function of the altar of incense (see Psalm 141:2; Revelation 8:3–4)—but he himself cannot divulge anymore.12 Standing at the veil, the worshipper must ask and knock for themselves, to “speak with the tongue of angels” (2 Nephi 32:2) in order to pass through the angelic cherubim who guard the way into the holy of holies—where the Lord will “manifest himself unto you in the flesh” (2 Nephi 32:6).13

Elder Jeffrey R. Holland, taking his cue from 2 Nephi 11:1–3, has said that the testimonies of Jacob (2 Nephi 6–10), Isaiah (2 Nephi 12–24), and Nephi himself (2 Nephi 31–33) were “standing like sentinels at the gate of the Book of Mormon,” ever ready to “admit us into the scriptural presence of the Lord.”14 Indeed, standing on the cusp of the Lord’s presence is exactly where the culmination of their testimonies leaves readers at the end of 2 Nephi. Leaving a series of literary clues that come together in 2 Nephi 33, Nephi shows that he himself has indeed passed through the veil and will be there when we stand to face God (2 Nephi 33:11–15).15

Why would Nephi have used the mental model of the temple in ending his book of sacred prophesy and teaching? Nephi and Jacob loved the temple they had sacrificed to build as a first order of business in their new city in the land of Nephi. Having masterfully guided the construction of that temple after the manner of the Temple of Solomon, Nephi naturally used its meaningful floorplan and sacred implements in literarily structuring his final holy benediction.

In the ancient Israelite temple, “The high-priestly procession reflects the journey of Israel past the cherubim placed eastward of Eden and back into the presence of God, reversing the effects of the fall of Adam and Eve.”16 One of the consequences of the fall is death (Genesis 2:17; 2 Nephi 2:18-27; Alma 42:9), and the Messiah was promised to come in the fullness of time to “redeem the children of men from the fall” (2 Nephi 2:26). But in order to receive, man must appropriately “choose liberty and eternal life” or otherwise face “captivity and death“ (2 Nephi 2:27). Likewise, if the appropriate procedures were not followed by the high priest as he approached the Holy of Holies, “entrance into the presence of God entailed the risk of death.”17

By using this high priestly ascent as the model for explaining the doctrine of Christ, Nephi wanted all mankind to understand that, thanks to Jesus Christ, everyone—and not just the high priest—could choose to follow Christ and the sacred path leading back into the presence of God. Christ is the Great High Priest, who overcame death and the fall once and for all (Romans 5:14–15; 1 Corinthians 15:21–26; Hebrews 10:10, 21). Thus, those who follow the doctrine of Christ will reverse the effects of the fall in their own lives, and after pressing forward with steadfastness in Christ, they will enter the presence of God—not with the risk of death, but with the promise of eternal life (2 Nephi 31:18, 20).

12.At the altar of incense, Israelite priests would offer prayers while burning incense, the smoke of which ascended to heaven symbolically carrying the prayers to God. See Hopkin, “Representing the Divine Ascent,” 351.