How Does Prophecy Shape the Book of Mormon’s Content and Structure? | Meridian Magazine 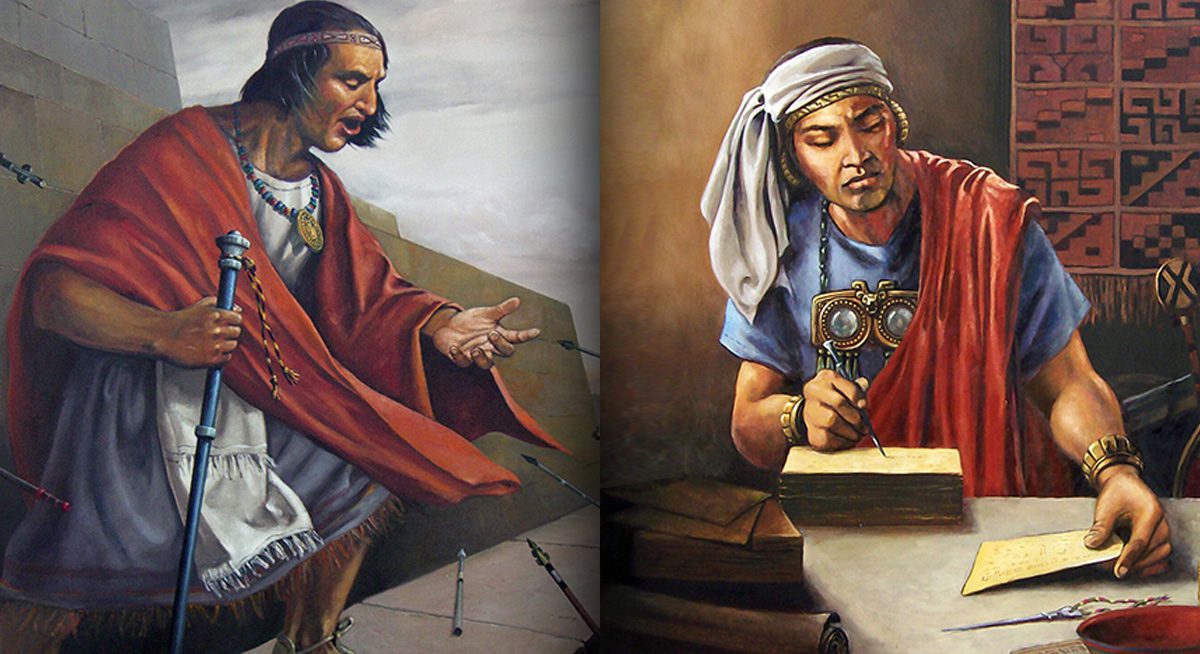 How Does Prophecy Shape the Book of Mormon’s Content and Structure?

“Yea, and I also know that as many things as have been prophesied concerning us down to this day have been fulfilled, and as many as go beyond this day must surely come to pass.” Words of Mormon 1:4

John W. Welch has described the Book of Mormon as

prophetic in every sense of the word. It is written by prophets and about prophets. It was foreseen by prophets and foresees our day. It is a book brought forth by prophetic gifts for prophetic purposes. It speaks forth in a clarion voice of warning with words of counsel to those who would survive the last days.1

On some level or another, most readers notice these recurring prophetic themes throughout the text. What may not be so apparent is that some of the Book of Mormon’s major narratives seem to have been designed specifically to emphasize the fulfillment of its prophetic declarations. When this pattern is recognized, it becomes clear that prophecy plays a fundamental rather than incidental role in shaping the structure and content of the Book of Mormon. The following summaries offer only a brief sampling of important prophetic fulfillments in the text. Many additional examples are highlighted in a chart provided in the appendix.

The prophet Nephi shaped much of his first book based on a prophecy given to him by the Lord when his family first left Jerusalem. The Lord declared that “inasmuch as thy brethren shall rebel against thee, they shall be cut off from the presence of the Lord, And inasmuch as thou shalt keep my commandments, thou shalt be made a ruler and a teacher over thy brethren” (1 Nephi 2:22). Over and over again, Nephi recorded the rebellion of his brothers, and his own efforts to teach and instruct them.2 After Lehi’s group reached the promised land, Nephi made sure to report that the Lord’s prophecy had been fulfilled (see 2 Nephi 5:19).

Nephi also recorded visions about his future descendants, including their wars, the Savior’s ministry among them, their generations of peace, and their ultimate destruction (see 1 Nephi 12). In addition, Nephi summarized Zenos’s prophecies about the physical catastrophes that would occur at the time of Christ’s death (1 Nephi 19:10–16). When Mormon was searching among the Nephite records, he discovered these prophecies in Nephi’s set of small plates. Because they contained “the prophecies of the coming of Christ,” Mormon found them to be valuable and included them in his own record (see Words of Mormon 1:4).

What readers may not realize is how important Nephi’s writings were in shaping the rest of Mormon’s abridgment. According to Steven L. Olsen, “Nephi’s prophecies became so crucial to [Mormon’s] literary purpose that he consciously structured a major portion of his narrative in order to document their literal and complete fulfillment.”3 Olsen suggested that Mormon did this “in order to draw attention to the close correspondence between prophecy and scriptural history.”4

During Abinadi’s trial before King Noah and his priests, Abinadi made a number of prophetic declarations that Mormon made sure to record in detail.5 For instance, Abinadi predicted that the Nephites “shall be brought into bondage, and shall be smitten on the cheek” (Mosiah 12:2). Mormon then recorded two exodus stories, the first involving the people of Limhi (Mosiah 19–22) and the second following the converts who followed Alma (Mosiah 23–24). It’s notable that the major obstacle in each story is that the people came into bondage, just as Abinadi prophesied.

The prophecies given by Samuel the Lamanite, which themselves relied heavily upon the words of past prophets,6 played an important role during the years immediately preceding Christ’s second coming. Not only did Samuel’s prophecies provide very specific signs of Christ’s death, but they also gave a specific time and sign of His birth.7 A disputation about the timing of Samuel’s prophecy provides the major narrative in 3 Nephi 1. Then, in 3 Nephi 8–10, Mormon repeatedly highlighted the fulfillment of the signs of Christ’s death. Samuel’s prophecies were so important to the Nephite historical record that Jesus Himself made sure that their fulfillment was accurately recorded (see 3 Nephi 23:9).

These and many other fulfilled prophecies provide subtle yet intriguing evidence of the Book of Mormon’s impressive complexity and consistency.8 Most people don’t notice how integral prophecies are to the Book of Mormon’s structure and content. It’s something that typically must be discerned through careful study. It should also be recognized that the book’s precise prophetic fulfillments are scattered throughout its pages and are often separated from the prophecies themselves by large amounts of text.

This suggests that whoever produced the text of the Book of Mormon either knew the Nephite history very intimately or worked from some sort of outline or notes to keep track of its numerous prophecies and their fulfillments.9 Yet, according to eyewitnesses, Joseph Smith dictated the text in a remarkably short amount time without relying on any outlines, notes, or reference materials.10 With this in mind, the Book of Mormon’s fulfilled prophecies provide good evidence that its words were intentionally crafted by Mormon and Moroni and were then miraculously revealed to the prophet Joseph Smith.

Indeed, Mormon’s statements repeatedly show that he was conscious of these prophecies and their fulfillment. On one occasion he remarked, “And the power of the evil one was wrought upon all the face of the land, even unto the fulfilling of all the words of Abinadi, and also Samuel the Lamanite” (Mormon 1:19). On another occasion he noted that when the people were on the brink of destruction they “began to remember the prophecies of Alma, and also the words of Mosiah” (Helaman 4:21). Likewise, Moroni reported that the Jaredite destruction transpired according to “the words which had been spoken by the mouth of all the prophets” and that they had been “fulfilled thus far, every whit” (Ether 15:3).

As readers pay careful attention to the details in each Book of Mormon story, they will see how over and over again the words of the prophets came to pass. Recognizing this pattern can build trust that its prophecies about our own day will likewise be fulfilled. Mormon declared, “I … know that as many things as have been prophesied concerning us down to this day have been fulfilled, and as many as go beyond this day must surely come to pass.” (Words of Mormon 1:4; emphasis added)

We can also learn much from the way that different groups in the Book of Mormon treated the sacred prophecies given to them by the Lord. Those who refused to heed prophetic warnings often suffered sorrow and destruction.11 In contrast, others experienced peace and joy as they looked towards the fulfillment of prophecy “with great earnestness” (3 Nephi 8:3). In one period of especially harsh persecution, the Lord comforted His people by declaring, “Lift up your head and be of good cheer; for … on the morrow come I into the world, to show unto the world that I will fulfil all that which I have caused to be spoken by the mouth of my holy prophets” (3 Nephi 1:13; emphasis added).

Faithful people today can likewise look forward to Christ’s second coming with great earnestness, fully expecting that He will fulfill all of the prophecies about our own day, “yea, all things, every whit, according to the words of the prophets” (3 Nephi 1:20). After recounting the Savior’s ministry among the Nephites in the October session of general conference in 2004, Elder Robert D. Hales taught,

Brothers and sisters, the prophecies of Christ’s first coming were fulfilled, “every whit.” As a result, many throughout the world believe that the Savior did come and did live in the meridian of time. But there are still many prophecies yet to be fulfilled! In this and other conferences, we hear living prophets prophesy and testify of Christ’s Second Coming. They also witness of the signs and wonders all about us, telling us that Christ will surely come again. Are we choosing to believe their words?12

The Book of Mormon invites us to not only believe its prophecies about our day, but to also trust the prophets in our own day.13 If we do, we will have both peace and protection in what will surely be turbulent times. And we can look forward with faith and hope for the millennial era of peace that will follow the return of the Savior.