How did the Nephites Become Weak in Such a Short Time? | Meridian Magazine 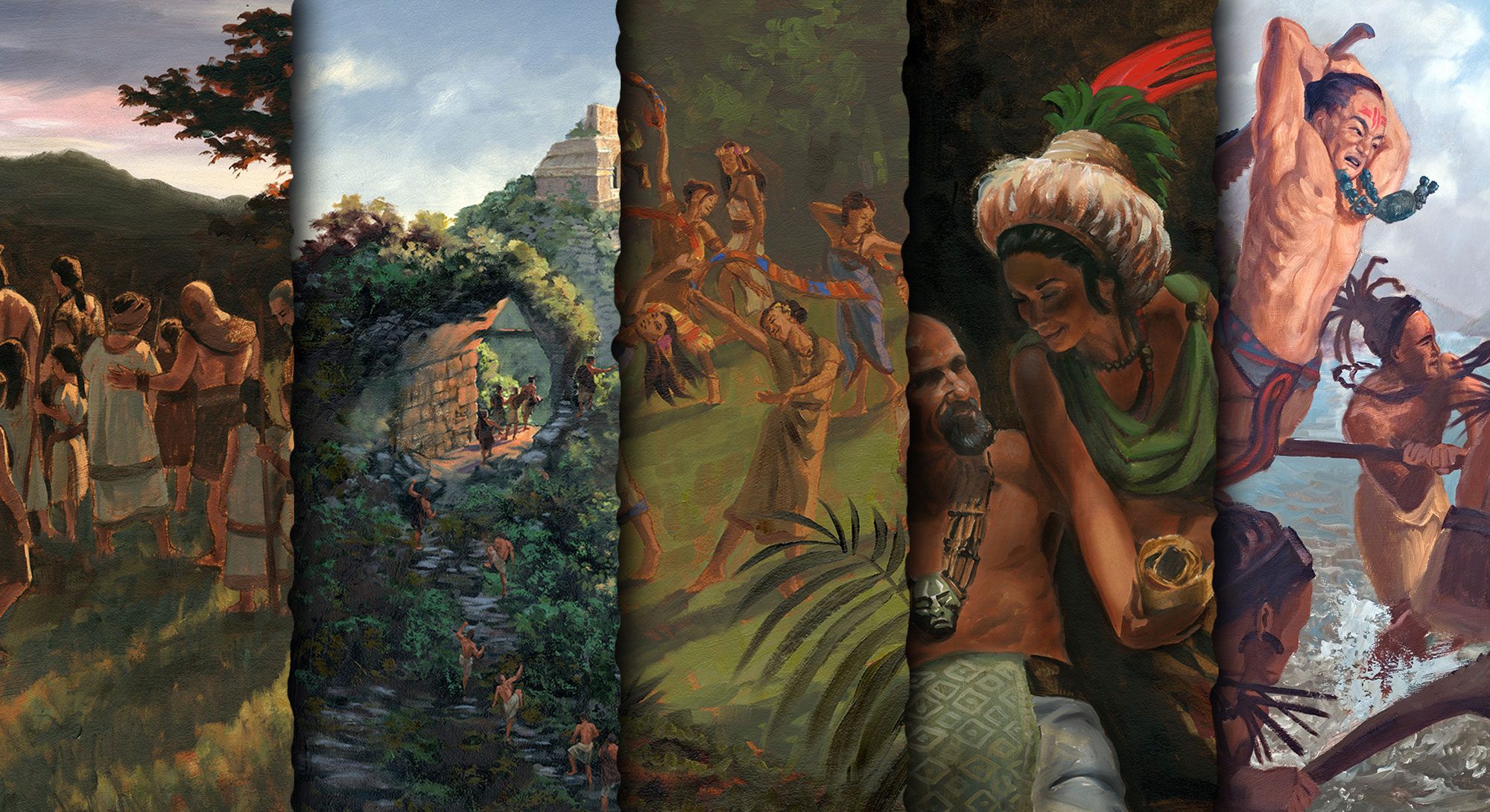 How did the Nephites Become Weak in Such a Short Time?

“The Lord did cease to preserve them by his miraculous and matchless power, for they had fallen into a state of unbelief and awful wickedness”
Helaman 4:25

War and contention in the land of Zarahemla did not end with the Nephite victories over the forces of Amalickiah and Ammoron toward the end of the book of Alma. In a sadly recurring cycle seen throughout Book of Mormon history, pride, divisiveness, disaffection, sin, wickedness, corruption, and rebellion plagued the Nephites thirty years before the birth of Christ. Helaman 4 reports that within a decade, the Nephites had lost half the land of Zarahemla as well as much of their belief in the spirit of prophecy and revelation.

Mormon told this sad story that he knew not only from history but also from his own personal experiences four hundred years later. The forty-ninth and fiftieth years of the reign of judges (43 and 42 BC) had been celebrated as years of “great prosperity,” church growth, astonishing blessings, openness to all who “believe on the name of Jesus Christ,” and “continual peace” and rejoicing (Helaman 3:23–32). But within only two years, the people were caught up with “exceedingly great pride” (v. 36). Soon Helaman, the son of Helaman, suddenly died, leaving his fairly young son Nephi in the judgment-seat. During this time, “there were many dissensions in the church, and there was also a contention among the people” (Helaman 4:1), and the government tottered.

A rebellious Nephite faction eventually joined the ranks of the Lamanites and succeeded in stirring up the latter into a war-frenzy (Helaman 4:3–4). Battle commenced, with the result that the Lamanites captured all the land of Zarahemla and exiled the Nephite government and populace into the land of Bountiful (vv. 5–9).

The Nephites fought back, regaining half of their lands (Helaman 4:10), but in telling this tragic story, Mormon lamented, “Now this great loss of the Nephites, and the great slaughter which was among them, would not have happened had it not been for their wickedness and their abomination which was among them; yea, and it was among those also who professed to belong to the church of God” (Helaman 4:11). The wickedness at this time included pride, oppressing the poor, mocking that which was sacred, denying the spirit of prophecy and revelation, murder, plunder, dishonesty, theft, adultery, contention, and desertion (v. 12).

In a somewhat startling moment of self-awareness, the Nephites came to their senses and acknowledged their sins, problems, and weaknesses. The Nephites became greatly afraid when they “began to remember the prophecies of Alma, and also the words of Mosiah,” as well as when “they saw that they had been a stiffnecked people, and that they had set at naught the commandments of God” (Helaman 4:21).

Additionally, the Nephites recognized that “they had become weak, like unto their brethren, the Lamanites, and that the Spirit of the Lord did no more preserve them; yea, it had withdrawn from them because the Spirit of the Lord doth not  dwell in unholy temples” (Helaman 4:24).[1] The Nephites ultimately accepted their need to repent: “They saw that the Lamanites were exceedingly more numerous than they, and except they should cleave unto the Lord their God they must unavoidably perish” (v. 25).

The Nephites, although being a remnant of the Lord’s chosen people, were not inherently safe from the sins and weaknesses of the world. Coming off of a period of prosperity and peace that included an increase in the church’s membership and prestige, many of the Nephites during the time recorded in Helaman 3 began to fall into the dangerous snares of pride. As Mormon recorded, in the fifty-first year of the reign of judges, there appeared to be peace, but pride began to enter “into the hearts of the people who professed to belong to the church of God,” and in the next year that pride “had gotten into the hearts of the people; and it was because of their exceedingly great riches and their prosperity in the land; and it did grow upon them from day to day” (Helaman 3:33, 36).

Thus, the Nephites quickly became their own worst enemies by allowing their spiritual successes, military victories, and material gains to grow into unchecked pride and soon into outright contention. Daniel C. Peterson perceived, “Wealth . . . carries with it major risks to the spiritual wellbeing of those who possess it. It can, in fact, come to possess them. Sometimes, oddly, those who have more than enough of worldly goods can become more obsessed with them than those who must struggle to make ends meet. So it was with the Nephites at this time.”[2]

Perhaps this sad condition spread so rapidly because these material successes arose dramatically in an unregulated decade of post-war boom. Perhaps people felt insecure due to lingering worries about Gadianton terrorism. Perhaps disgruntled political partisans saw opportunities to expand their positions at times when the central government was young and inexperienced. Whatever the economic or political causes, their spiritual failures to act righteously and to keep the commandments of God exposed the church and the people to impending disasters. Only when they repented could Moronihah “venture to lead them forth from place to place, and from city to city, even until they had regained one one-half” of what they had lost (Helaman 4:15–16).

Mormon’s account of this time of Nephite history offers many sobering lessons for modern readers. The fact that these sins and problems began with Nephite members of the church probably made these attractions and temptations all the more difficult to resist. This should warn all modern followers of Christ to be careful not to slip into an attitude of “all is well in Zion” (2 Nephi 28:21). Even devoted disciples are readily at risk if they assume they are immune to the dangers of pride, selfishness, and contention.

As President Thomas S. Monson warned, “We cannot afford to be complacent. We live in perilous times; the signs are all around us.”[3] These same perils can easily be seen at times plaguing Nephite history, and therefore they serve as a reminder for modern readers to “beware of pride, lest ye become as the Nephites of old” (Doctrine and Covenants 38:39).

[1] Mormon may be speaking here both metaphorically and literally. See further, Book of Mormon Central, “Why Did Moroni Refer to Vessel Impurity in Condemning the Central Government? (Alma 60:23),” KnoWhy 169 (August 19, 2016).