How Did the Book of Mormon Help the Early Saints Understand Spiritual Gifts? | Meridian Magazine 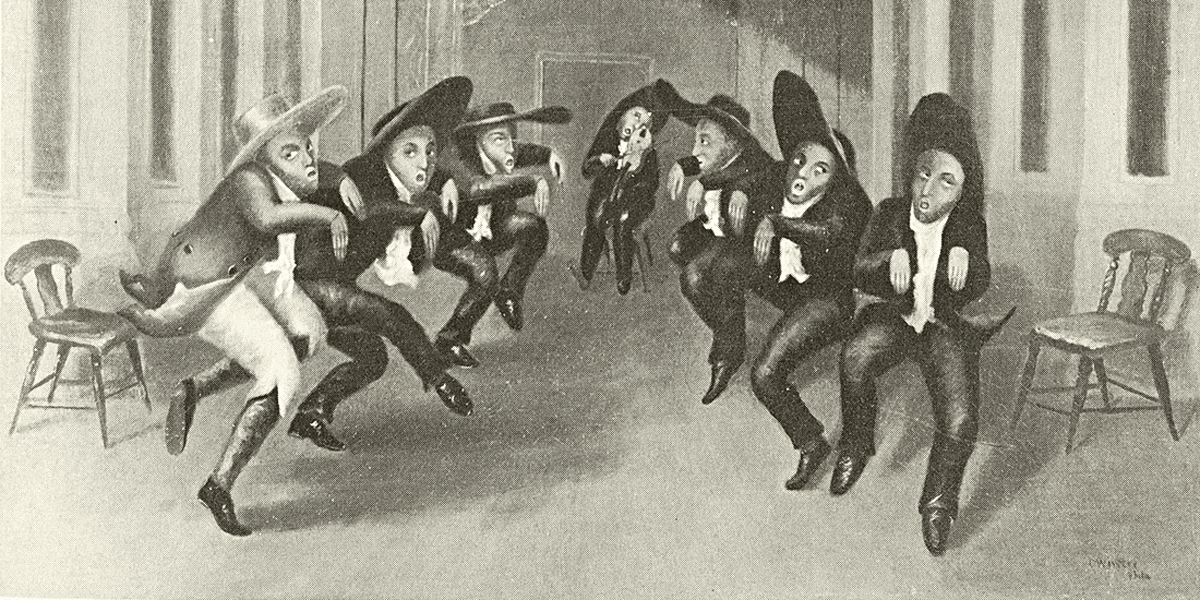 How Did the Book of Mormon Help the Early Saints Understand Spiritual Gifts?

“I exhort you, my brethren, that ye deny not the gifts of God, for they are many; and they come from the same God … and they are given by the manifestations of the Spirit of God unto men, to profit them.”
Moroni 10:8

In the fall of 1830, Oliver Cowdery, Parley P. Pratt, Peter Whitmer Jr., and Ziba Peterson passed through Kirtland, Ohio on their way to Missouri.[1] During their brief stay, they preached that the Lord had restored the gifts of the spirit spoken of in the New Testament.[2] However, after the missionaries left for Missouri, the converts were left with little experience, few copies of the Book of Mormon, and no copies of Joseph Smith’s other revelations to consult in practicing their new faith.[3] Influenced by beliefs that they brought with them from their previous religions, some of them began to introduce elements of overly-enthusiastic worship into their meetings, thinking they were the spiritual gifts the missionaries had talked about.[4]

Many of these enthusiastic elements related to the Book of Mormon. One man, for example, would fall down like he was dead and then reveal what God had told him while he was unconscious, like Alma and King Lamoni.[5] Others would speak in tongues, as described in Moroni 10:15–16.[6] Others still would pretend to use the sword of Laban, or slide on the floor, saying they were sailing in a boat to the Lamanites.[7] On March 8, 1831, Joseph Smith was given a revelation (now Doctrine and Covenants 46) addressing the problem.[8] In it the Lord approved of spiritual gifts, but also gave detailed information that would help the saints avoid misunderstanding or misusing them (see Doctrine and Covenants 46:8).

Perhaps because misinterpreting the Book of Mormon seems to have been part of the problem for the saints in Kirtland, the Lord turned to the Book of Mormon itself to help correct the error. In several ways, Doctrine and Covenants 46 alludes to Moroni 10 to explain spiritual gifts to the saints in Ohio. Doctrine and Covenants 46:7, for example, states that “that which the Spirit testifies unto you even so I would that ye should do in all holiness of heart.” Moroni 10:6–7 explains “that which the Spirit testifies.” It states that the Spirit testifies of: “whatsoever thing is good … just and true” and “acknowledges” Christ. This is how they could evaluate the spiritual manifestations they had been receiving.[9]

With this in mind, Doctrine and Covenants 46:8 states, “seek ye earnestly the best gifts,” or, as Moroni put it, “deny not the gifts of God” (Moroni 10:8). It then lists many of these gifts in almost the same way as they are laid out in the Book of Mormon, as compared in the chart below.[10]

In this way, section 46, like Moroni 10, reaffirms that spiritual gifts are appropriate, but only if they are good, just, true, and bring people to Christ.[12] This revelation helped the people to know how to evaluate what gifts were actually from the Spirit and which were not.[13] In Doctrine and Covenants 46, the Lord helped the people look at the verses on spiritual gifts in the Book of Mormon in proper context, so they could see where they had gone astray.

The saints in Kirtland appear to have lifted verses out of the Book of Mormon in isolation to support the kind of overly-enthusiastic worship they were involved in. The Lord responded by helping the saints to look at the scriptures in their overall context, which kept them from being deceived.[14] The same can be said of many people today. When people study only a few verses of the Book of Mormon in isolation, these verses can be used to support a variety of points that may or may not be in harmony with the scriptures.[15] However, when viewed in their context, the scriptures can help people to follow the right path.

As James E. Faust stated, “I plead with all not to try to selectively invoke gospel principles or scripture to wrongly justify spiritual disobedience, or to separate themselves from the responsibilities of covenants and ordinances contrary to the counsel of those who have the prophetic voice in the Church. The scriptures and doctrines of the Church are not, as Peter warned, ‘of any private interpretation.’”[16]

Once the members of the Church began to look at spiritual gifts in the appropriate context, they experienced an appropriate outpouring of these gifts in the way the Lord intended. Mary Fielding Smith, living in Kirtland after Joseph Smith cleared up these issues, reported that “the hearts of the people were melted and the Spirit and power of God rested down upon us in a remarkable manner. Many spoke in tongues and many prophesied and interpreted … Such a time of love and refreshing has never been known.”[17]

It was only after the Lord reminded the Saints in Ohio of the teachings of the Book of Mormon did they experience these true manifestations of the gifts of the Spirit. This fact should serve as a reminder that reading the Book of Mormon in its context, as demonstrated by the Lord in Doctrine and Covenants 46, can help people avoid deception and error and stay on the path that leads to the celestial kingdom.

Matthew McBride, “Religious Enthusiasm Among Early Ohio Converts,” in Revelations in Context: The Stories Behind the Sections of the Doctrine and Covenants (Salt Lake City, UT: The Church of Jesus Christ of Latter-day Saints, 2016), 105–111.

[1] Matthew McBride, “Religious Enthusiasm Among Early Ohio Converts,” in Revelations in Context: The Stories Behind the Sections of the Doctrine and Covenants (Salt Lake City, UT: The Church of Jesus Christ of Latter-day Saints, 2016), 106.

[10] This list is also similar to 1 Corinthians 12:4–10, but appears to be employing the Book of Mormon’s context, not that of 1 Corinthians.

[11] Although the phrase “discerning of spirits” comes from 1 Corinthians 12, it is only through reading it in conjunction with Moroni’s unique discussion of spirits that this can be understood. See Keith J. Wilson, “Spiritual Gifts,” in Book of Mormon Reference Companion, ed. Dennis L. Largey (Salt Lake City, UT: Deseret Book, 2003), 739.

[12] Spiritual gifts are not only acceptable, but should actually be expected and actively used in the true church. See Hugh Nibley, Since Cumorah, The Collected Works of Hugh Nibley, Volume 7 (Salt Lake City and Provo, UT: Deseret Book and FARMS, 1988), 108–109.