How Did Nephi Use the Power to Seal on Earth and in Heaven? | Meridian Magazine 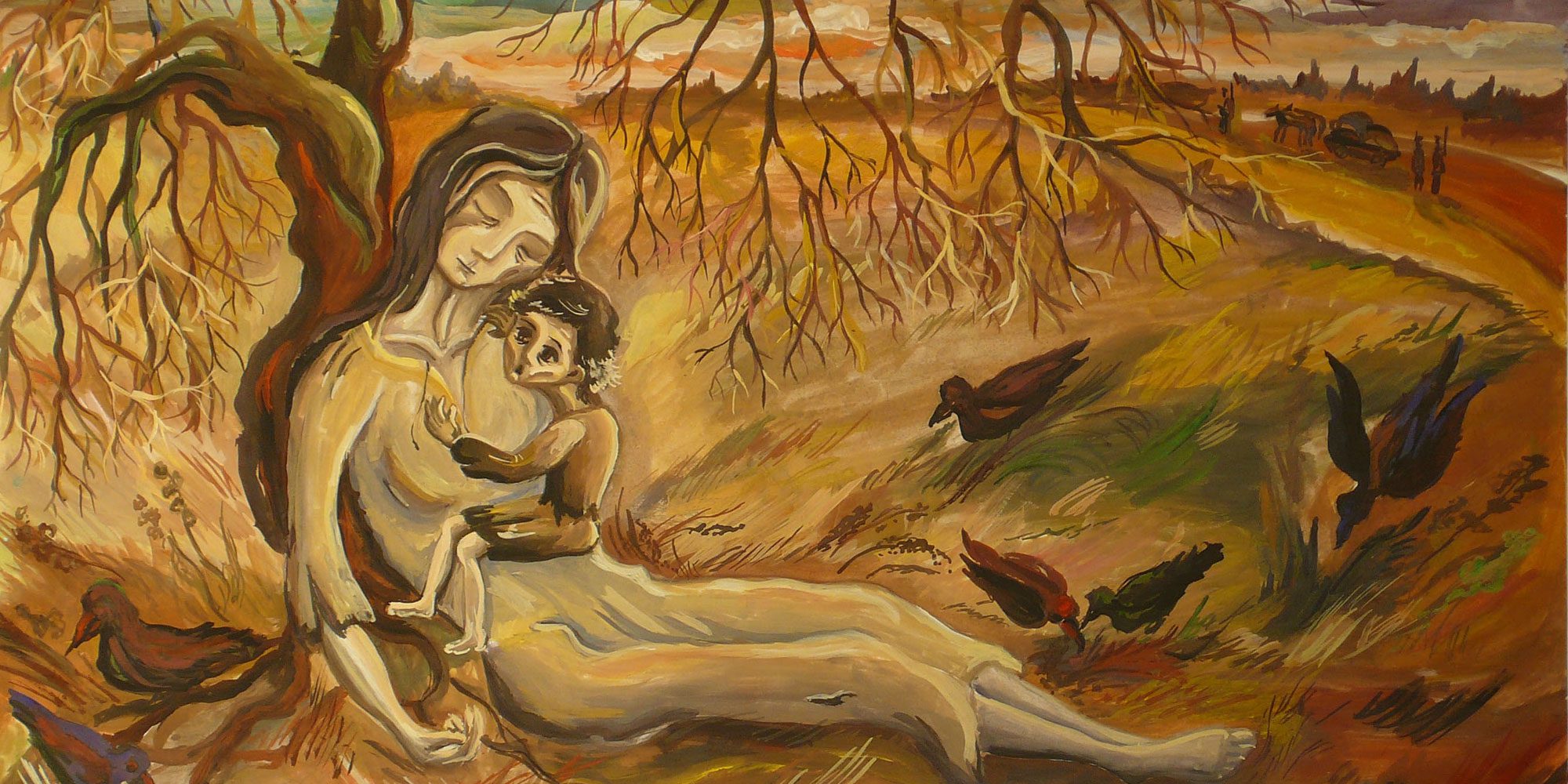 How Did Nephi Use the Power to Seal on Earth and in Heaven?

Let there be a famine in the land, to stir them up in remembrance of the Lord their God, and perhaps they will repent and turn unto thee.
Helaman 11:4

In Helaman 10, Nephi received great power from the Lord, when He told him, “whatsoever ye shall seal on earth shall be sealed in heaven” (Helaman 10:7). It is not clear, at first, how Nephi used this power. However, a careful look at the chapter shows one way in which he may have used this gift.

In his encounter with the Divine, the Lord told Nephi he would be able to “smite the earth with famine,” (Helaman 10:6) and then, in the very next verse, gave him the power to “seal” and “loose” “on earth” and “in heaven” (v. 7). Because “seal” and “loose” can also mean “close” and “open,” it is possible that Nephi assumed that his power to cause famine, when necessary, was related to this ability to “close” things up “in heaven.”[1] Nephi may have realized that he was literally able to close the heavens themselves to keep it from raining.[2]

Nephi would not be the first prophet to use the priesthood to cause drought. The first recorded words from Elijah in the Old Testament are his testament to the wicked king Ahab, that “there shall not be dew nor rain these years, but according to my word” (1 Kings 17:1). Elijah, just like Nephi, used the priesthood to “seal” the heavens to keep it from raining. Thus, it is likely that Nephi received power to “seal” in Helaman 10, and then used it to “seal” the heavens in Helaman 11.

This idea becomes more likely when one looks carefully at chapter 11. In Helaman 11:2–4 Nephi asked the Lord to stop a terrible way by replacing this war with a famine. It is clear that this famine was caused by drought, because when Nephi asked the Lord to stop the famine, he specifically asked him to “send forth rain” (v. 13). This may indicate that Nephi had used his recently-acquired power to “seal” the heavens, just like Elijah.

This connection between Nephi and Elijah sealing the heavens is strengthened by the many allusions to the Elijah story in the story of Nephi son of Helaman.[3]

President Henry B. Eyring stated that the keys of the priesthood “reside in the Church today and will continue to the end of time.” These keys are “the same divine authorization given by the Lord to Peter, as He had promised: ‘And I will give unto thee the keys of the kingdom of heaven: and whatsoever thou shalt bind on earth shall be bound in heaven: and whatsoever thou shalt loose on earth shall be loosed in heaven.’”[8]

Through the exercise of priesthood keys, sacred covenants can be solemnized, and those who remain true and faithful will be sealed up unto eternal life. As King Benjamin concluded his covenant speech,

“Therefore, I would that ye should be steadfast and immovable, always abounding in good works, that Christ, the Lord God Omnipotent, may seal you his, that you may be brought to heaven, that ye may have everlasting salvation and eternal life, through the wisdom, and power, and justice, and mercy of him who created all things, in heaven and in earth, who is God above all.” (Mosiah 5:15, emphasis added).

It is sometimes easy for Latter-day Saints to become routine or complacent in their exercise of priesthood power. For some, the priesthood might have lost some of its wonder. However, the dramatic exercise of this power by Elijah and Nephi stands as a vivid reminder of the life-giving effects of the priesthood. Their ancient stories help readers appreciate the value and meaning of that holy power in modern times.

[1] When one compares Helaman 10:7 with Matthew 16:19 and Isaiah 22:22, it becomes clear that “sealing” and “loosing” in this verse refer to opening and closing. For more connections to the gospels, see Thomas L. Brodie, The Crucial Bridge: The Elijah-Elisha Narrative as an Interpretive Synthesis of Genesis-Kings and a Literary Model for the Gospels (Collegeville, MN: Liturgical Press, 2000), 29–36.

[2] When one looks at Alma 18:30–32 and Genesis 1:1, for example, it becomes clear that in the Ancient Near East and the Book of Mormon, the heavens were viewed not only as the place where God dwells, but also the area above the earth: the sky. Thus, when Nephi is told he will be able to open and close things “in heaven” he may have taken this very literally to mean he could literally open and close the sky.

[3] This is made even more interesting by the fact that the Elijah story itself shares much in common with the Moses story. See Marvin A. Sweeney, I & II Kings: A Commentary (Louisville, KY: Westminster/John Knox, 2007), 223.

[4] This story in Kings is itself a variation on themes from Exodus. See Craig C. Broyles, “Traditions, Intertextuality, and Canon,” in Interpreting the Old Testament: A Guide for Exegesis, ed. Craig C. Broyles (Grand Rapids, MI: Baker Publishing Group, 2001), 157–75.

[5] Nephi the son of Helaman appears to have been standing before the Lord when he received the sealing power in Helaman 10. See Book of Mormon Central, “Why is There Temple Imagery in Helaman 10? (Helaman 10:8)” KnoWhy 17 (January 22, 2016). As the Nephite chief priest, Nephi likely also would have readily associated priesthood powers in the temple with the blessings of rain upon the land, averting famine, and withstanding enemies (1 Kings 8:33–40; Leviticus 26:4–7).

[6] In 1 Kings 17:1 Elijah literally said, “according to my word,” but this could perhaps be better translated as “according to my words,” as in the Book of Mormon. See George Wigram, ed., “Dbr,” The Englishman’s Hebrew Concordance of the old Testament: Coded with the Numbering System from Strong’s Exhaustive Concordance of the Bible (Peabody, MA: Hendrickson Publishing Company, 1980).

[7] Elijah was taken up to heaven without tasting death, and Nephi simply disappeared out of the land, never to be heard from again.