How did Democracy Help the Nephites Withstand their Enemies? | Meridian Magazine 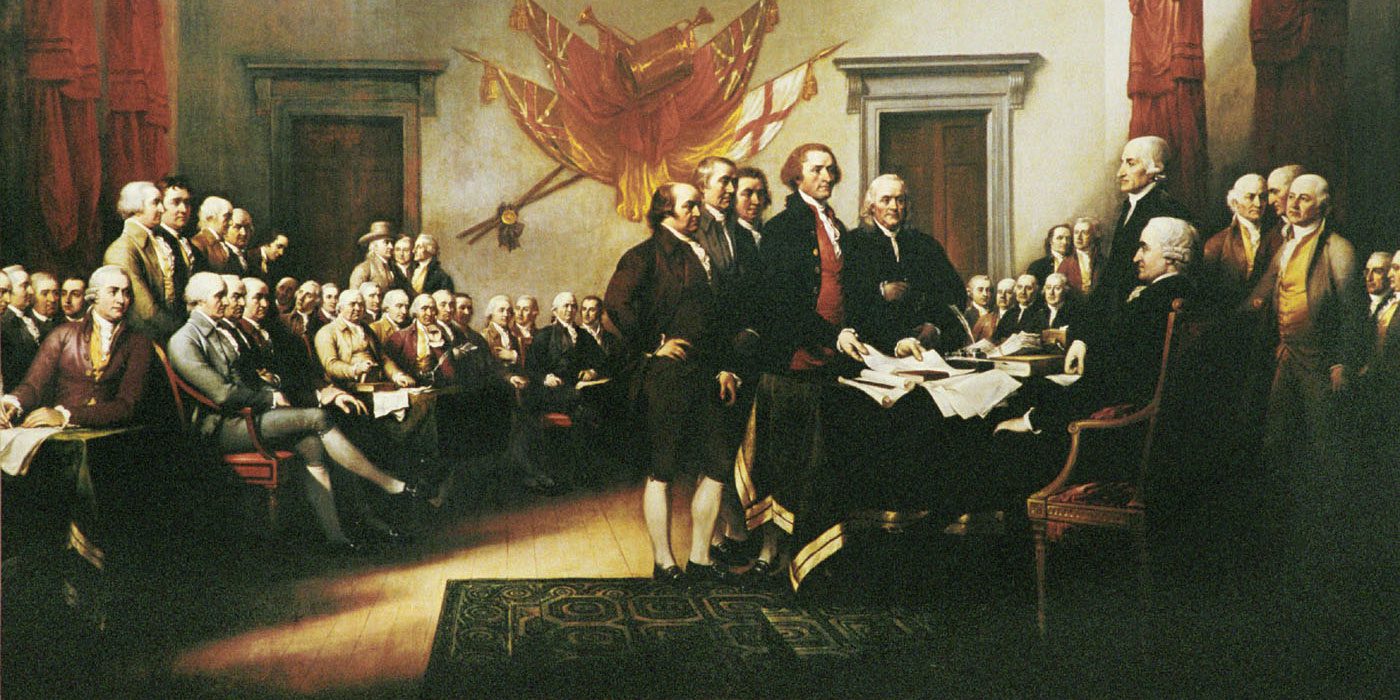 How did Democracy Help the Nephites Withstand their Enemies?

And thus he was preparing to support their liberty, their lands, their wives, and their children, and their peace, and that they might live unto the Lord their God.

Before detailing the history of a seven-year war between the Lamanites and the Nephites,[1] Mormon spent an entire chapter (Alma 47) explaining how Amalickiah, through deceit and treachery, ascended to become king “among all the people of the Lamanites” (v. 35). It seems that Mormon intentionally provided this lengthy digression into Amalickiah’s exploits in order to directly contrast Amalickiah’s personality, methods, and political ideologies with those of Moroni.

“Now it came to pass that while Amalickiah had thus been obtaining power by fraud and deceit, Moroni, on the other hand, had been preparing the minds of the people to be faithful unto the Lord their God” (Alma 48:7). Mormon described Moroni as a “a man that did not delight in bloodshed; a man whose soul did joy in the liberty and the freedom of his country” (v. 11).

Such language often resonates with modern readers who have embraced similar ideals of freedom, especially those democratic principles which form the basis of many modern constitutions.[2] Yet, while it may be tempting to imagine Nephite society as a mirror of the modern democratic republic, their institutional methods for preserving freedom and liberty were actually, in some important ways, quite different from modern secular democracies.

Looking at the Book of Mormon as a whole, it seems clear that most of the principles traditionally associated with the American Constitution are slighted or disregarded altogether. All of the constitutional checks and balances are missing. When judges were instituted, Mosiah provided that a greater judge could remove lesser judges and a number of lesser judges try venal higher judges, but the book records no instance of impeachment. It was apparently not a routine working principle. All other limitations on government are missing.[3]

On the other hand, Ryan W. Davis, a political scholar, has concluded that Nephite society can still be seen as fundamentally democratic because of their freedom of conscience, the potential of “intra-agency checks” to balance their government, and the political voice given to their people.[4] “It is in this limited but important sense that the regime established by Mosiah should be considered a democracy.”[5]

Furthermore, several democratizing forces were set in motion by King Benjamin’s speech, including his narrowing of the gap between king and subjects (Mosiah 2:20-26), affirming popular freedom through communal covenant (Mosiah 5:8), and dispensing a new name to all the people at the time of his son’s coronation (Mosiah 3:8; 5:9).[6]

While the Nephites’ institutional methods of preserving freedom were certainly different from most modern systems of government, several fundamental principles and intents seem to be considerably the same. For instance, Moroni’s preparations for war were intended “to support their liberty, their lands, their wives, and their children, and their peace” (Alma 48:10). This political emphasis on freedom and liberty provides a sharp contrast with the Lamanites’ aggressive pursuit of autocratic control (where a single ruler holds concentrated power).[7]

The trend that emerges from this analysis is that short conflicts … favor the Lamanite autocracy, but extended conflicts are ultimately won by the Nephite democracy. We recall that the theoretical reason democracies are expected to succeed in conflicts is that they can direct greater resources over an extended period of time. While democracies may lose in the short term, “in every prolonged conflict in modern history, such states have prevailed over their illiberal rivals.”[8]

This explains, in part, why Moroni fought so vigorously to preserve and protect their current method of governance.[9] King Benjamin’s political reforms had thus far strengthened and preserved Mosiah’s and Alma’s people from bondage and captivity.[10] Neglecting to defend such an institution would directly threaten their religious and personal freedoms.

This is not to say, however, that their safety was ultimately dependent on the arm of flesh or upon the democratic system that they fought to preserve. “The most basic lesson in the Book of Mormon’s politics is simple: God makes all the difference.”[11] Time and again, the promise to the people was that they would be divinely blessed and prospered according to their obedience to the commandments.[12]

In reference to Alma’s teaching that God often works through “small and simple things” (Alma 37:6), Davis proposed that “another possible reading of the term simple is natural, or organic. God uses natural processes—those explainable without use of an appeal to divine intercession—to accomplish his purposes.”[13] This reading may help shed light on one possible way that the Lord would protect and preserve the Nephites. Rather than idly waiting for God to miraculously deliver them from their enemies, He expected them to fight to preserve a governmental institution that would, by its very nature, secure their safety and freedoms.

Like Amalickiah and those who followed him, there are many parties today who similarly seek to undermine the sacred principles of individual freedom, conscience, civil duty, and accountability. After identifying three things that church members can do to preserve their sacred freedoms and rights,[14] Elder Robert D. Hales taught:

Our Savior’s Second Coming is drawing nearer. Let us not delay in this great cause. Remember Captain Moroni, who hoisted the title of liberty inscribed with the words “In memory of our God, our religion, and freedom, and our peace, our wives, and our children.” Let us remember the people’s response: exercising their agency, they “came running together” with a covenant to act.

My beloved brothers and sisters, don’t walk! Run! Run to receive the blessings of agency by following the Holy Ghost and exercising the freedoms God has given us to do His will.[15]

[2] The Lord’s hand in establishing modern constitutional freedoms is made evident in D&C 101:77–80.

[12] Nephi was taught this truth early on (1 Nephi 4:14), and its consistent repetition throughout the Book of Mormon demonstrates its preeminent status in determining the success or failure of the Nephite civilization.

[14] See Robert D. Hales, “Preserving Agency, Protecting Religious Freedom,” Ensign, May 2015, 111–113, online at lds.org: “First, we can become informed. Be aware of issues in your community that could have an impact on religious liberty. Second, in your individual capacity, join with others who share our commitment to religious freedom. Work side by side to protect religious freedom. Third, live your life to be a good example of what you believe—in word and deed. How we live our religion is far more important than what we may say about our religion.”