How Can You Respond to a Need You Cannot See? | Meridian Magazine 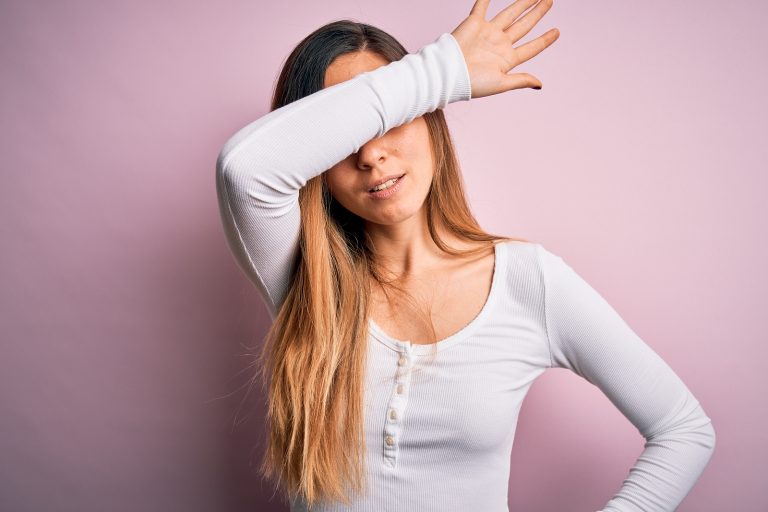 How Can You Respond to a Need You Cannot See?

I had a wonderful friend, Sheri, who died a number of years ago.  She had a tremendous gift; in that she saw the needs of others. It was almost uncanny. She would frequently say things to me like, “Did you notice how quiet Margo was at Relief Society?  I wonder if she’s okay.” I, of course, had been at the same meeting, interacted equally with Margo, and not noticed anything awry. I later found out that earlier that week Margo had learned that her husband was having an affair. How did Sheri know? What could she see that I clearly had missed?

This happened innumerable times with all kinds of people. Sheri frequently suggested that we reach out to a person that she was worried about. It always turned out to be inspired. Sheri once even made me aware of a need in my own home with my second daughter, that I was completely unaware of. I often wondered if it was possible for me to learn to see as Sheri did?

Jesus warned of people who “seeing, see not; and hearing, they hear not, neither do they understand.” (Matt 13:13)

My former Bishop shared a story about being on the MARTA (rapid transit system in Atlanta) headed downtown to his law office on a Saturday with his two young children. They were so excited to be going to dad’s office.

At one stop, a disheveled man entered the train and took a seat opposite my Bishop and his two kids. Given his appearance and demeanor, my Bishop concluded the man must be homeless. My Bishop groaned inwardly and thought to himself, “This guy is going to hit me up for a handout.”

My Bishop had recently received an expensive watch for his birthday. It suddenly felt to him that this would be a definite sign to this man that the Bishop had money and could afford to hand over some cash. So, my Bishop carefully, casually tugged at his shirt sleeve until it covered the watch. He also was very careful not to make eye contact with the man, since he didn’t want to signal that he was open to be approached.

His two children, however, seemed oblivious to the threat. They were talking excitedly about the drink dispenser at the law firm, and which drink they wanted to get. Feeling the homeless man’s eyes watching, my Bishop explained to his kids that they wouldn’t be able to get drinks this time since he didn’t have any cash on him. (Surely the homeless man would hear this message). The kids, however, were devastated. Truth be told, the drink machine was the main reason they had been excited to go downtown with their father. They didn’t get many sodas at home under the watchful eye of their health-conscious mother. But at the law firm, their dad always allowed them that freedom to indulge!

They were crestfallen. Obviously disappointed, they whined and carried on. As the train approached the next stop, the “homeless” man stood up to get off. He reached into his pocket and withdrew two crumpled dollar bills. He smiled at the kids: “Here kids, get yourself some sodas today”, and handed the kids the bills. Their eyes widened in surprise. They were thrilled. “Thanks, mister!” they cried out.

As he stepped off the train, the “homeless” man, turned his smile on my Bishop, then quickly exited the train. In recounting this story at Sacrament Meeting, my Bishop’s exact words were, “I felt like a total schmuck!”

He went on to say, “So, which was the Christian on the train that day? A Bishop in the Lord’s Church or a homeless man who probably hadn’t been to Church in a good long time?”

This story hit me between the eyes like a ton of bricks.  How many homeless people have I passed on the streets of New York City (where my husband’s office is), or in Washington DC where we go frequently, or in Atlanta, Georgia (where I live)? Literally, hundreds! And how do I manage this feat? I carefully avoid eye contact. I look past them. I pretend that I don’t see them.

I have to wonder if I am one of the people the Savior warned that “seeing, see not; and hearing, they hear not, neither do they understand.” (Matt 13:13)

In my self-defense, there have been times when I have surprised myself. Very early one morning John and I were running through the wharves in San Francisco. We were preparing to run a half-marathon, so felt that we needed to do a weekend distance run even though we were on a business vacation. As we ran past silent slumping figures of the homeless sleeping on the wharves, I called out a cheery, “Good Morning!” to each of them—it’s just a habit that I picked up from running my neighborhood in the mornings. Only one or two of them stirred or muttered a muted response. Most of them merely opened one sleepy eye as we ran by.

Reaching the end of the wharves, we reversed to run back the way we had come. What a transformation had occurred!  It was as if every person was waiting for me. Each person had lifted their head and were watching for us. They waved a hand and responded to my “Good Morning” with enthusiasm. One man even stood out in the middle of the walkway to call out good morning. As we ran by, he called out, “You are a beautiful woman!”  Seriously—by now we had been running about ten miles. I was pouring sweat, my hair was drenched, and it was running down my overheated, red face. I was anything BUT a beautiful woman.

But to him, I was a woman who had acknowledged his existence, so that made me beautiful. Think about that, I had only said Good morning.

How many of God’s children are longing to be seen, heard, acknowledged and understood? Not just on the wharves of San Francisco, but on our city streets, in our neighborhoods, in our wards, in the schools, in the lunchrooms?

I want to become more like my friend Sheri, who was sensitive to the spirit of others. For me, it takes a conscious effort. I think that I am naturally so self-focused that I simply don’t see that others are hurting. Yet I have seen over and over again how, in these moments, sometimes all it takes is a simple word or hug or squeeze of the hand to convey support and caring. Granted, in some circumstances, it takes a lot more. But surely, I should be willing to be there for others, when so many others have been there for me during my own trying times of discouragement. I want to be that person!

In one of the first articles I wrote for Meridian Magazine in 2016, I spoke of the pain of seeing the leprosy beggars on my first trip to India. Their suffering was almost unimaginable-it was unlike anything I had ever experienced before. I wanted to do something to help. But what?  I wrote:

Finally, I prayed that I would know what I could do to help. I had no medical training. I knew nothing about Indian politics or culture. What could I do? An interesting thought flitted across my consciousness. “They are human beings. You can at least look at them and acknowledge them.” The thought startled me. Had it come from within? Was it an indication of the guilt I had felt in the car, because I had not even been able to look at the beggars? Or was it a message from God? As I thought about this idea, it made sense to me. I probably couldn’t do much to help them. Possibly all I could do was look at them and acknowledge their suffering. It seemed such a small thing in the midst of such unfathomable suffering. But it was all I could come up with.

Those of you who know the story of Rising Star Outreach, know that this simple determination to look at these distressed beggars was the start of what has become an organization that today serves tens of thousands of people, whose lives are vastly different because someone looked at them. It opened the way for the Spirit to lead us forward.

It is a simple thing to see and acknowledge another. But perhaps, this is how we become the person that Jesus spoke of, “But blessed are your eyes, for they see: and your ears, for they hear.” (Matt. 13:16) Perhaps this is the first step to hearing how Jesus is whispering to us to help each other.

Becky, thanks so much for sharing this and other stories of "reminders of life" and how the Lord would have us all live. You continue to inspire me and have done so over the many years I have known you, your wonderful family and the great work of your organization!

It may seem a little strange to comment on my own article, but I received a beautiful note from a friend, after he had read this article. I thought it was a message worth sharing. "I had an incident four years ago where I have been walking by these homeless men for months on my daily walk and something told me to go over and talk to them. Anyway I made friends and took them to the Visitor's Center. To make a long story short, one of them ended up joining the church and is very active today and now has his own place and is off the streets. He had been homeless for 14 years." And from another friend: "Especially liked the subway story. I've had a few random situations like that where I'm trying to avoid some street person/beggar and they're the ones who end up giving me good directions or telling me that the ticketing police are coming!" Several people have written similar comments to me. Oh, if we could only see who these people really are in God's eyes! I love what I learn from my readers! Becky