How Can the Book of Mormon Survivors Give Us Hope? | Meridian Magazine 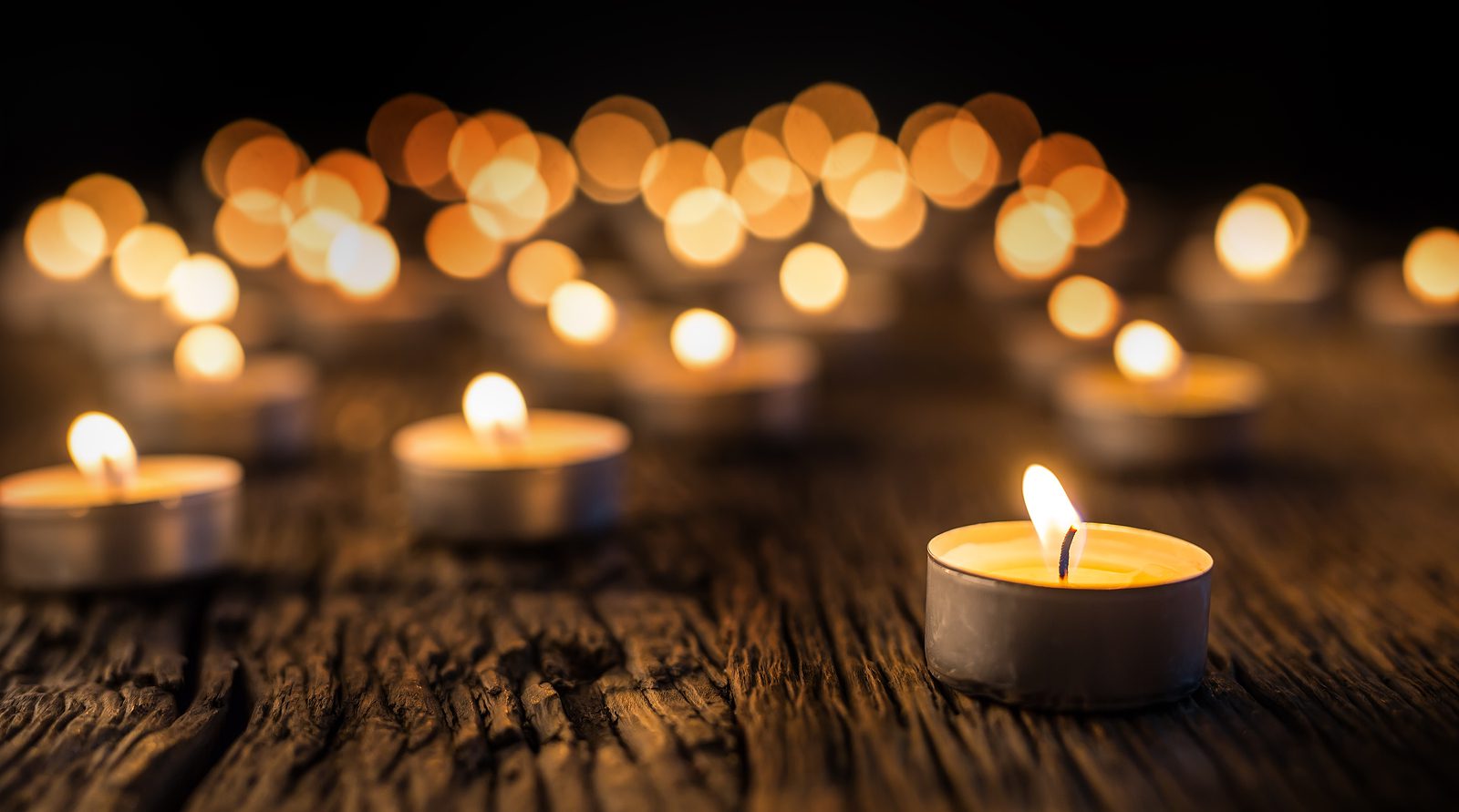 How Can the Book of Mormon Survivors Give Us Hope?

“I even remain alone to write the sad tale of the destruction of my people.”

Hugh Nibley once described the Book of Mormon as a “tragic book” which begins and ends with destruction and lone survivors.[1] Its prophetic authors had great cause to mourn, yet the fact that its message of hope in Christ was conveyed by those who had witnessed and survived the worst of human depravity only strengthens its spiritual power. As Steve Walker expressed, “If ever hope were earned, it is this optimism pervading the Book of Mormon narrative, even in the face of the end of all things.”[2]

When Lehi was called as a prophet, he was shown “great and marvelous things … concerning the destruction of Jerusalem” (1 Nephi 1:18). Years later, Nephi not only revealed that this destruction had taken place (2 Nephi 25:10), but he saw that in the future his own people would suffer a similar fate: “O the pain, and the anguish of my soul for the loss of the slain of my people! For I, Nephi, have seen it, and it well nigh consumeth me before the presence of the Lord” (2 Nephi 26:7).

Lehi’s son, Jacob, wrote that his people were “wanderers, cast out from Jerusalem, born in tribulation, in a wilderness, and hated of our brethren, which caused wars and contentions; wherefore, we did mourn out our days” (Jacob 7:26). In light of such sobering statements, Lisa Hawkins and Gordon Thomasson noted that “Lehi’s entire family can be considered survivor-witnesses of a sort, fleeing from … Jerusalem to save Lehi’s life.”[3] Yet Lehi, Nephi, and Jacob all rejoiced in Christ and the Plan of Salvation on numerous occasions, even in the midst of sorrow and suffering.[4]

Alma can be seen as a survivor-witness of Abinadi’s prophecies and tragic martyrdom. After risking his own life by pleading on Abinadi’s behalf, Alma went into hiding, wrote down Abinadi’s words, and used them to gather a following (Mosiah 17:2–4). Sadly, Alma’s followers were forced to flee into the wilderness to escape King Noah’s soldiers, only to fall into bondage under Amulon and his Lamanite army a short time later. In the midst of these trying circumstances, the Lord declared to His people that He would ease their burdens so that they could “stand as witnesses for me hereafter, and that ye may know of a surety that I, the Lord God, do visit my people in their afflictions” (Mosiah 24:14).[5]

Alma the Younger and Amulek

While witnessing the terrible martyrdom of women and children by fire, “Amulek said unto Alma: Behold, perhaps they will burn us also. And Alma said: Be it according to the will of the Lord. But, behold, our work is not finished; therefore they burn us not.” (Alma 14:12–13).[6] Alma and Amulek survived this ordeal when others didn’t, so that they could witness of and testify against the “the chief judge, and the lawyers, and priests, and teachers” who had committed such terrible crimes.[7] While Alma and Amulek were being persecuted by their captors, an earthquake caused the surrounding prison walls to fall, and “every soul within the walls thereof, save it were Alma and Amulek, was slain” (Alma 14:28).[8]

Mormon’s lament for the destruction of his people is filled with terrible anguish: “O ye fair sons and daughters, ye fathers and mothers, ye husbands and wives, ye fair ones, how is it that ye could have fallen! But behold, ye are gone, and my sorrows cannot bring your return” (Mormon 6:19–20).[9] As a survivor-witness, Mormon declared, “I did stand as an idle witness to manifest unto the world the things which I saw and heard” (Mormon 3:16).[10] Yet, despite such sorrow, Mormon also stated that he was “filled with charity” (Moroni 8:17) which “rejoiceth in the truth, beareth all things, believeth all things, hopeth all things, endureth all things” (Moroni 7:45).

For years, Ether hid himself in the “cavity of a rock” while he witnessed and recorded the entire destruction of his people (Ether 13:18–24). Similarly, Moroni explained, “I even remain alone to write the sad tale of the destruction of my people” (Mormon 8:3).[11] Yet at the very end, these faithful survivor-witnesses saw a bright future beyond death.

Ether could say, “Whether the Lord will that I be translated, or that I suffer the will of the Lord in the flesh, it mattereth not, if it so be that I am saved in the kingdom of God” (Ether 15:34). And in his final words, Moroni remarked, “I soon go to rest in the paradise of God, until my spirit and body shall again reunite, and I am brought forth triumphant through the air” (Moroni 10:34).

In a remarkable study on those who have survived terrible atrocities, Terrence Des Pres explained that having their story told is “enormously important to people facing extinction. In the survivor’s own case … it becomes a way to transcend the helplessness which withers hope and self-respect.”[12] This certainly seems to be the case with the Book of Mormon prophets who, in the midst of tragic episodes of grief and suffering, diligently recorded their experiences for future generations.[13]

In our own day, millions suffer from having experienced or witnessed terrible things. Soldiers who experience combat often suffer from post-traumatic stress disorder (PTSD).[14] Countless individuals struggle with feelings of depression, loneliness, heartache, disappointment, disinterest, and a number of other personal sorrows, mental limitations, and emotional scars. Some of these feelings are due to severe chemical imbalances. Others may be caused by different circumstances out of an individual’s control. And sometimes those who suffer simply don’t have good answers for why they feel so unhappy.[15]

The Book of Mormon offers a powerful message of hope to those who for whatever reason have cause to mourn. It shows that while the suffering of its prophetic survivors was real and acute, their overwhelming sorrow was ultimately “swallowed up in the joy of Christ” (Alma 31:38). They mourned for the pain and suffering of their people, but they also looked to the future with hope. They knew that by witnessing and recording these sad experiences, they could help future generations avoid unnecessary sorrows. Elder Dallin H. Oaks has taught that “Lord will not only consecrate our afflictions for our gain, but He will use them to bless the lives of countless others.”[16]

In each case, the Book of Mormon’s sad tales of human atrocities help us refocus our minds and hearts on Jesus Christ—whose infinite sacrifice gives meaning and purpose to our very existence. Not only did Christ experience His own excruciating trials, but through His divine power, He willingly witnessed and participated in our suffering in a way that is personal to each of us.[17] He is the ultimate survivor-witness. He descended below all things, witnessed the worst of death and hell,[18] and yet rose again with hope and “healing in His wings.”[19] Elder Jeffrey R. Holland taught, “It is only an appreciation of this divine love that will make our own lesser suffering first bearable, then understandable, and finally redemptive.”[20]

Lisa Bolin Hawkins and Gordon Thomasson, “I Only Am Escaped Alone to Tell Thee: Survivor Witnesses in the Book of Mormon” FARMS Preliminary Reports (1984): 1–13.

[1] Hugh Nibley, Teachings of the Book of Mormon, 4 vols. (Provo, UT: FARMS, 1993), 1:62. In literary perspective, a comedy is a story where everything starts out well, descends into chaos, but then eventually ends well, following a pattern of the letter “V” or “W” (if there are multiple falls and returns). Tragedy, on the other hand, is where everything goes from bad, to worse, to unimaginably terrible, and the story does not end well, following the pattern of the letter “Z”.

[3] Lisa Bolin Hawkins and Gordon Thomasson, “I Only Am Escaped Alone to Tell Thee: Survivor Witnesses in the Book of Mormon” FARMS Preliminary Reports (1984): 8.

[14] For the likelihood that several Book of Mormon prophets experienced the emotional and physical scars of war, see Morgan Deane, “Experiencing Battle in the Book of Mormon,” Interpreter: A Journal of Mormon Scripture 23 (2017): 250–252.