How Can the Book of Job Teach Us about the Temple? | Meridian Magazine 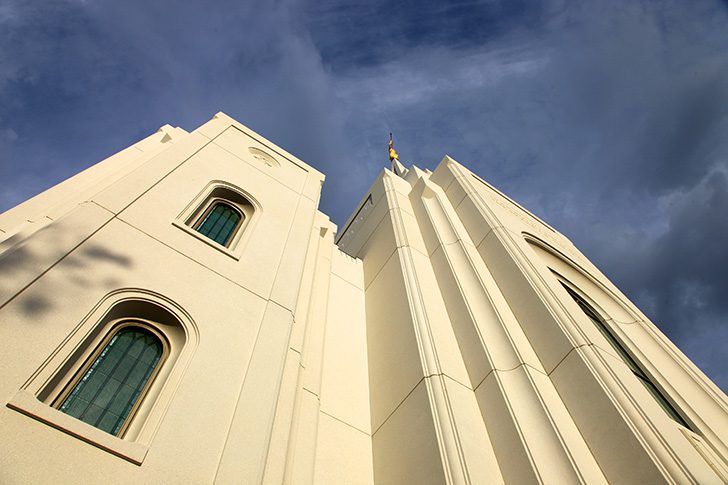 “I have heard of thee by the hearing of the ear: but now mine eye seeth thee.” Job 42:5

Although the book of Job raises very challenging questions, it rewards careful and faithful reading. While it has often impressed literary scholars with the beauty and eloquence of its Hebrew poetry, it has not been written like one would expect when reading a normal history. But these may not be our only options. Because the book of Job asks penetrating questions regarding the nature of God, His justice and mercy, and the trials of mortality, Mack C. Stirling argues that Job’s experiences are presented in the form of an ancient temple ascent text, which culminates with the hero (in this case, Job) being admitted into the presence of the Lord.1 Stirling argues that contrary to what many readers may assume, the “book of Job is not primarily about suffering. It is about a journey from blissful ignorance through darkness and bitterness to a transformed relationship with God.”2

Along the way, Job raises many existential questions “related to a process of growth and becoming.”3 Specifically, Stirling proposes that the two greatest questions asked by Job are “(1) Is it worthwhile to worship God for His own sake apart from material gain? (2) Can man, by coming to earth and worshipping God, enter into a process of becoming that allows him to participate in God’s life and being?”4 These concerns are meaningfully answered as Job undertakes a sacred and spiritual journey, overcomes his fallen condition, and returns back into God’s presence, being redeemed from his own personal fallen state.

The prologue presents Job in ideal circumstances (Job 1–2). He is a valued member of the community, has been blessed with a large family and many possessions, and has unwavering faith in the Lord (Job 1:1–5). Stirling suggests that this situation “is analogous in many ways to that of Adam in the Garden before the Fall.”5 For instance, after the Lord permits Satan to try Job (Job 1:12; 2:6), Job “proclaims that he is ‘naked’ (Job 1:21), like Adam and Eve in the Garden after eating the forbidden fruit (see Genesis 3:7–11).”6

Following his troubles, “Job removes himself in solitude to an ash dump, resigning himself to a dreary waste [Job 2:8]. … Job has thus gone through a kind of fall, brought about, in some sense, by the machinations of Satan but nonetheless occurring at the initiative of God.”7 Through this fall from enjoying the grace and goodness of God, however, Job comes to know more fully both the bitter and the sweet as he experiences “opposition in all things” (2 Nephi 2:11).

Job’s trials then test whether he will hold firm to his covenants and “choose liberty and eternal life, through the great Mediator of all men” or the “captivity and death” offered by the devil who sought for Job’s misery (2 Nephi 2:27). Job is moved “into realms of experience beyond guaranteed structure, something that will open up possibilities for new levels of understanding and becoming while entailing significant risk.”8

Through several exchanges of dialogue with his three supposed friends (Job 3–27), Job is further tempted to disregard his covenants and believe in their false views of God. “The friends … represent conventional religion and the wisdom of tradition, relying on their own experience (see Job 5:27) and the words of the elders (see Job 15:9–12),” even mixing the philosophies they had been taught with scripture.9 Eliphaz will even presume to speak for God and His intercession for the guilty should Job admit his alleged wrongdoings and believe their worldview (cf. Job 22:27–30).10

Through these trials, Job acquires four significant revelatory insights regarding (a) the resurrection (Job 14:13–17), (b) his Redeemer and (c) true intercessor with God (Job 16:19–21; 19:25–27), and (d) the nature of his trials (Job 23:6–10), after which Job is prepared to meet God (Job 28–31). Part of Job’s preparation involved making oaths regarding his innocence and a willingness to accept the consequences of all his actions.11

After facing one last challenge from Elihu (Job 32–37), Job speaks with the Lord as if he were passing through a veil (Job 38:1–42:6).12 God begins the dialogue by affirming His role in the Creation and inviting Job to contemplate his own limited knowledge and understanding of the creative processes, perhaps even inviting Job into His divine council to participate in the process of Creation (Job 38:4–21).13 The Lord then describes His power and glory and confirms to Job that his friends’ worldview (as well as his own former worldview) about justice and mercy had been mistaken.

This encounter ends with Job’s admission into the Lord’s presence, having been transformed through his experiences, faith, and determination to stay true to his covenants. In this climactic moment of unfathomable grace and truth, Job declares, “I have heard of thee by the hearing of the ear: but now mine eye seeth thee” (Job 42:5). Job is blessed twofold for his faith, with his former blessings being restored to him.

Several major themes in the book of Job—a personal fall from a blessed life, the need for covenantal fidelity in the face of mortal trials, an eventual return to God’s presence, and the restoration of profound blessings—are reminiscent of truths taught in ancient and modern temples. This insight affords Latter-day Saint readers with a rewarding approach to reading and reaping eternal benefits from this biblical book.

It is important to recognize that Job’s faith and desire to keep his covenants did not go unchallenged throughout his life.14 The same will surely be true for all of us. As taught in many temple texts, mortality is a place where the children of God “taste the bitter, that they may know to prize the good” (Moses 6:55), but we are not absent from the Lord’s mind and care. In this sense, Job provides a roadmap for navigating the trials of mortality: “hold to righteousness (see Job 27:6), stay in God’s paths (see Job 23:11), be receptive to revelation, and continually seek God’s face (see Job 13:3–22).”15

Job, who was asked to endure more than seems possible, also serves as an important type of Christ as we all navigate the trials of mortality. As Joseph Smith prayed in Liberty Jail—which has been called Joseph’s “prison-temple”—he was comforted and told that “Thou art not yet as Job; thy friends do not contend against thee, neither charge thee with transgression, as they did Job” (Doctrine and Covenants 121:10).16 Jesus, who “descended below all things, in that he comprehended all things” (Doctrine and Covenants 88:6), knows what we are in need of and how He can succor us in our times of trial, temptation, disease, despair, and hopelessness (cf. Alma 7:11–13).

As Job sought the Lord, he learned more about his Redeemer and the Lord’s power to redeem him from his fallen condition, and he gained the confidence he needed to present himself before the Lord, to converse with Him, and to enter into a covenant relationship with Him and to be welcomed back into His presence. As Latter-day Saints serve and worship in the holy temple, like Job they have the ability to overcome all aspects of the Fall by relying on the infinite and eternal Atonement of Jesus Christ, and by further deepening their relationship with the Lord they are blessed with hope as they face trials here in mortality.

1.See Mack C. Stirling, “Job: An LDS Reading,” in Temple Insights: Proceedings of the Interpreter Matthew B. Brown Memorial Conference, “The Temple on Mount Zion,” 22 September 2012, ed. William J. Hamblin and David Rolph Seely (Orem, UT: Interpreter Foundation; Salt Lake City, UT: Eborn Books, 2014), 99–143. This essay was reprinted twice in Interpreter: A Journal of Latter-day Saint Faith and Scholarship: first in vol. 12 (2012): 127–181, and then in vol. 45 (2021): 137–180. Throughout the remainder of this KnoWhy, all quotations and citations will follow the 2021 version. In addition to this reading proposed by Mack Stirling, Hugh Nibley also identified many components belonging to the ancient temple found in Job literature, including the book of Job and the pseudepigraphal Testament of Job. In the Testament of Job, for example, Job instructs his children to form a circle around him as he demonstrates what the Lord had shown him, informs them “that they will have nothing to fear in this life because the garments they wear are ‘a power and a protection from the Lord,’” and prepares his children to meet with sacred messengers. See Hugh W. Nibley, “Abraham’s Temple Drama,” in The Temple in Time and Eternity ed. Donald W. Parry and Stephen D. Ricks (Provo, UT: Foundation for Ancient Research and Mormon Studies, 1999), 20–21. See also Testament of Job 47–50.

12.Stirling sees Elihu as a Satan figure who “mentions to Job the possibility of an angel mediator (presumably Elihu himself!) who will intercede for him if only Job will admit guilt, even claiming that he desires to justify or vindicate Job (see Job 33:19–32). … Elihu is the final barrier Job must pass before speaking with God at the veil. He thus occupies the place of Satan before Joseph Smith’s first vision (see JS–H 1:16–17) and before Moses’s greatest visions (see Moses 1:9–27).” Stirling notes how Elihu tries to dissuade Job from his determined course of righteous searching by arguing that man cannot know God, for He is so “great: and cannot “be searched out” (Job 36:26) and that we, as mortals, “cannot find him out” (37:23) or speak with God without being “swallowed up” in God’s “terrible majesty” (37:20, 22). Stirling, “Job,” 158–162.

13.Stirling, “Job,” 156, 163. Hugh Nibley proposed that the Lord’s questions to Job in Job 38:3, 18 show that Job had been a part of the Creation. “Job was there, and the Lord is reminding him that his sufferings and the defects of this world are for a purpose.” Nibley, “Abraham’s Temple Drama,” 20.

14.Many scholars believe that the book of Job is not historical and was composed to share a theological message. Regardless of whether or not Job was a historical person or whether the events described in this text occurred precisely as recorded, its composition can surely be seen as reflecting profound and sacred understandings of eternal truths.