How Can One “Feast upon the Words of Christ”? | Meridian Magazine 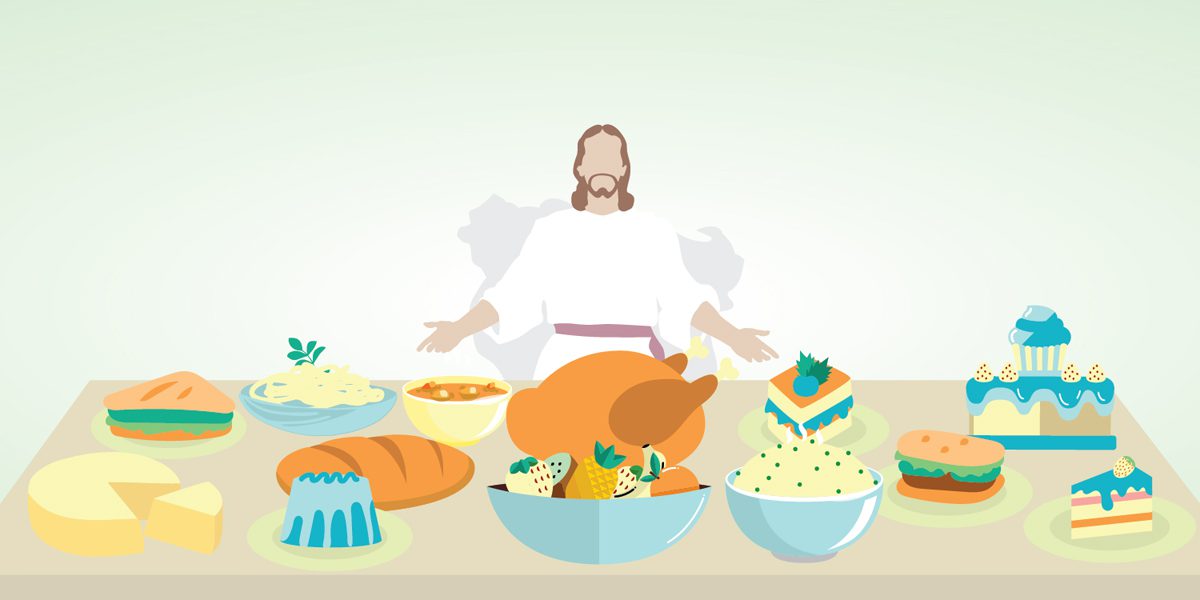 How Can One “Feast upon the Words of Christ”?

Ezekiel, a temple priest writing around the same time as Nephi,[5] used similar imagery in his vision of a scroll, written on both sides with a message of warning from the Lord (Ezekiel 2:9–10). The Lord commanded him to eat the scroll, after which he spoke the Lord’s words to the house of Israel (Ezekiel 2:8; 3:1–4). In ancient Jewish and Egyptian writings, “eating” or “chewing” written words represented internalizing and memorizing them.[6] Thus, once Ezekiel “ate” the words of the Lord, he was able to speak them because he knew them.[7]

Despite the dire warning of the words, Ezekiel said they were “as honey for sweetness” (Ezekiel 3:3). The Psalms also describe the word of the Lord as sweet like honey (Psalm 19:10; 119:103). Jeremiah, another one of Nephi’s contemporaries in Jerusalem, said that he had eaten the words of the Lord and experienced joy (Jeremiah 15:16).[8] In light of these scriptural descriptions, the allusions to Lehi’s dream in 2 Nephi 31–32 fittingly compare the word of Christ with the fruit of the tree of life, which was “most sweet above all” and which filled Lehi “with exceedingly great joy” (1 Nephi 8:11–12).

Lehi’s dream and Nephi’s lesson on the doctrine of Christ in 2 Nephi 31–32 are also rich in temple symbolism.[9] In this context, “feasting upon the words of Christ” may allude to the shewbread in the temple,[10] which represented the eternal covenant between Israel and the Lord.[11] It was also connected to Sabbath day observance by corresponding to the extra portion of manna granted every sixth day while Israel wandered in the wilderness.[12] Eating the bread could thus represent partaking of covenants with the Lord, in both sacred space (the temple) and sacred time (the Sabbath).

The word feast implies more than a simple, single course meal with one dish.[13] Indeed, the rich contexts discussed for Nephi’s teachings indicate many ways to partake of the words of Christ and thus acquire spiritual knowledge.

The ancient Near Eastern context, wherein prophets would symbolically eat sacred words, indicates that one key way to “feast upon the words of Christ” is through deep, internalizing scripture study. Elder Richard G. Scott taught, “Learning, pondering, searching, and memorizing scriptures is like filling a filing cabinet with friends, values, and truths that can be called upon anytime, anywhere in the world. Great power can come from memorizing scriptures.”[14]

Although scripture study is the most common and most obvious way to “feast upon the words of Christ,” it is not the only way. Drawing on imagery from Lehi’s dream, Elder Neil L. Andersen taught:

The word of God contains three very strong elements that intertwine and sustain one another to form an immovable rod. These three elements include, first, the scriptures, or the words of the ancient prophets. … The second element of the word of God is the personal revelation and inspiration that comes to us through the Holy Ghost. … [and the] third part of the iron rod represents the words of the living prophets.[15]

All of these are important sources of spiritual knowledge, and the additional contexts of 2 Nephi 31–32 add even more. The allusions to the ancient Israelite temple, for instance, should remind Latter-day Saints today that modern temples are important places to go to “feast upon the words of Christ.” Through covenants in the temple, God promises individuals access to spiritual knowledge, and the temple is an especially good place to seek inspiration and personal revelation.

Sunday worship also affords Latter-day Saints opportunities to “feast upon the words of Christ.” At Sunday services, one can “feast” upon the sacrament, through which baptismal and temple covenants are renewed.[16] Church services also provide instruction based on the scriptures and the teachings of modern prophets. Perhaps most importantly, regular weekly services give everyone the chance to “feast” upon the Lord’s words as found in the inspired insights of neighbors, family, and friends (Doctrine and Covenants 68:4).

Often times, in many of these settings, the Spirit may prompt individuals to repent, or prophets and apostles may issue a divinely inspired call for all to repent and improve. Though these experiences may be uncomfortable or sorrowful for some, Ezekiel makes it clear that even when the Lord’s word brings sorrow, it can still be sweet. The Atonement allows the repentant sinner to ultimately taste sweet joy in the Lord’s counsel. As Brian K. Ashton taught, “The words of Christ testify of His atoning sacrifice and tell us how we may obtain  forgiveness, blessings, and exaltation.”[17]

Scripture study, temple attendance, and Sunday worship each enable individuals to partake of the sweet, joyous taste of the Savior’s love. These many avenues through which one can partake of the words of Christ come together to form a veritable smorgasbord of divinely inspired learning opportunities. Yet, as Elder Joseph B. Wirthlin lamented, “Too many sit at the banquet table of the gospel of Jesus Christ and merely nibble at the feast placed before them.”[18] All are invited to take full advantage of these many opportunities, and not just nibble but truly feast upon the words of Christ.

[3] See Jared T. Parker, “The Doctrine of Christ in 2 Nephi 31–32 as an Approach to the Vision of the Tree of Life,” in The Things My Father Saw: Approaches to Lehi’s Dream and Nephi’s Vision, ed. Daniel L. Belnap, Gaye Strathearn, and Stanley A. Johnson (Salt Lake City and Provo, UT: Deseret Book and Religious Studies Center, Brigham Young University, 2011), 161–178.

[16] Sacrament is often thought of a “renewal of baptismal covenants,” but Elder Neil L. Anderson recently clarified that the sacrament is an opportunity “to renew all our covenants, all our promises.” Cited in Ugo A. Perego, “The Changing Forms of the Latter-day Saint Sacrament,” Interpreter: A Journal of Mormon Scripture 22 (2016): 14.