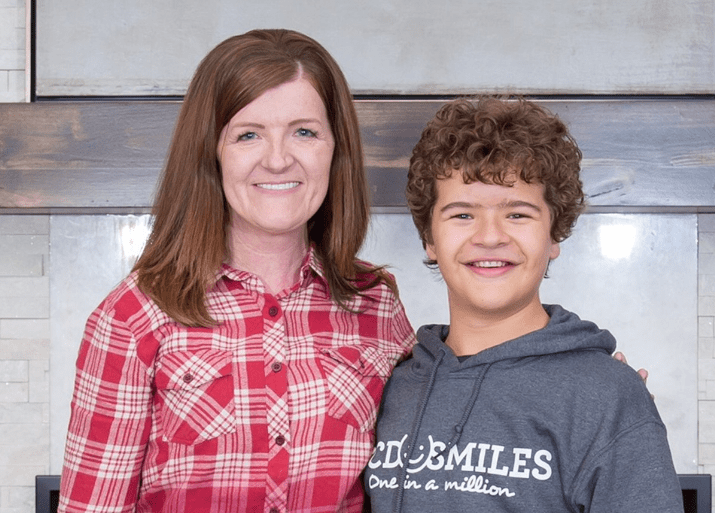 The following was written by Lee Benson for the Deseret News. To read the full article, click here.

A year ago, as she anticipated the knock on her front door, Kelly Wosnik wasn’t at all sure how it would go when she met a genuine TV star.

She was a nurse practitioner who runs her own clinic in Utah County. He was teenager Gaten Matarazzo from New Jersey, one of the stars of the Netflix sensation, “Stranger Things.”

The one thing they knew they had in common was they had both been born with a rare birth defect called cleidocranial dysplasia, CCD for short.

CCD is a bone disorder. Those born with it do not have collarbones and experience difficulties with bone development, particularly with their teeth, requiring multiple dental procedures throughout childhood. Wosnik had surgeries from the age of 7 to 19, none of them minor. Gaten was, and is, in the middle of his surgeries.

CCD was the reason they were meeting. Gaten’s parents, Heather and Gaten Sr., had heard about a nurse practitioner in Utah who had plans to start an organization aimed at helping those with CCD. They had flown from New Jersey to Utah with their famous son, who was ready and willing to meet the doctor and become the face of the foundation.

“Then I opened the door and it was an instant connection. He saw me and just hugged me. And when I finally let go, he didn’t.”