How a Holocaust Survivor’s Granddaughter Joined the Church | Meridian Magazine 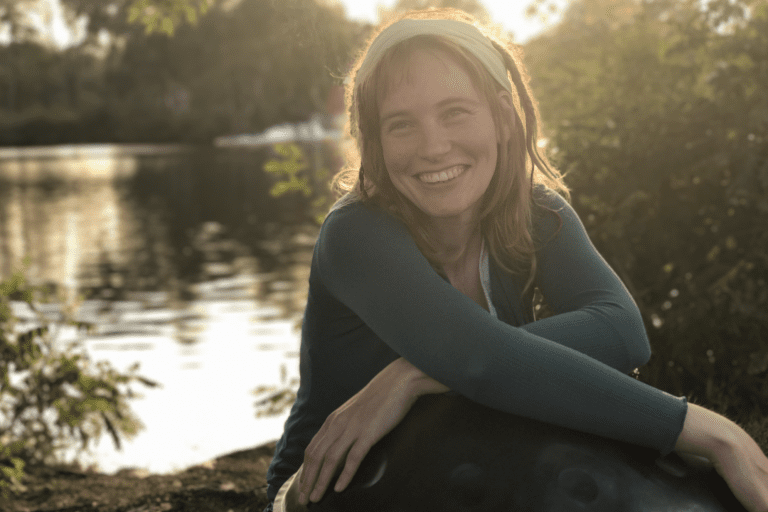 How a Holocaust Survivor’s Granddaughter Joined the Church

Music had always been a part of the Zilberman home. Though they lived in Israel far from their birthplace, her European parents raised Sagit from a young age on classical piano music, and she often played while her mother sang. From learning the recorder as a young child to picking up the saxophone, her whole life was shaped by music. But it was also shaped by the fact that her grandparents were survivors of the Holocaust.

Sagit’s grandmother Dina was an 18 year old in Holland when hostilities toward Jews began to rage. Dina and her parents left their home behind and traveled through horrible conditions, nearly getting caught multiple times, getting fake IDs, going on many trains, and finally arriving in Switzerland—a neutral country where they could be safe. It was there that Sagit’s grandmother met her husband David.

While Dina’s journey during the Holocaust was full of moments when her life was miraculously preserved, and she and David were eventually able to return to Amsterdam after the war and get married, Dina’s heart hurt for so many family and friends that never returned. She wondered why God’s chosen people would be persecuted so mercilessly.

Dina and David moved to Israel in 1954, just 6 years after the creation of Israel in 1948, and though Israel was a sanctuary for the Jews, they also began to struggle with the religious laws the country upheld—laws such as trains not running on Shabbat and forbidding people from selling pork because it wasn’t kosher. With haunting memories of the Holocaust and a law they no longer believed, they decided to raise their children without the strict religious influence of Judaism.

David became a psychiatrist and even wrote an article about why religion is not good for the planet because it creates war and conflict between people. Though his relationship with religion was challenging, the one thing that did bring David pure joy and peace was music. Playing music for her grandfather was a special way Sagit connected to and loved him.

But even with the deep connection they felt through music, Sagit began to feel like something was missing in her family without religion in her home. She was born with a natural, radiating happiness, but at 15, she began to wonder in her heart if there was something more. She no longer felt the same happiness she once did.

While she didn’t have religious influences at the time, she began studying saxophone with a music teacher who taught her much more than music. He fluidly quoted philosophers and verses from the Old and New Testaments and encouraged Sagit to read those books for herself, so she could broaden her understanding. This was her first real introduction to the Bible, which piqued her curiosity to continue exploring more.

As Sagit explored, she also took up practicing yoga and meditation, and her yoga teacher taught her about Buddhism. She found meditation to be something that helped her feel grounded and desire goodness.

“I loved the feeling of sitting and relaxing my body—relaxing my mind,” Sagit said. “It wasn’t easy to do it, but when I did it I felt this kind of soft emotion or soft feeling, that after I did it I felt like I could step out of my room and treat others in a more real way. I wasn’t a slave to emotion. I had a bigger picture of my life and the world. I always felt like I really wanted to be a good person.”

In 2007, 25-year-old Sagit came to the U.S. to the Berklee College of Music in Boston to further her studies in the saxophone and jazz. She continued to develop her music and meditate regularly, seeking for connection and understanding. When she graduated from Berklee, she remained at the school to teach yoga and meditation to other musicians. It was during this time that she first met Allegra Cramer.

Sagit vividly remembers seeing Allegra for the first time and hearing her play the harp. She noticed something especially moving about her music and how she played. Something was unique about Allegra, but Sagit didn’t know what it was. After their initial meeting, Allegra happened to move in to Sagit’s apartment of six musicians—a divine orchestration that would finally bring her love of music and yearning for spirituality together.

The girls were roommates for a while before Allegra told Sagit she was a member of The Church of Jesus Christ of Latter-day Saints, and soon thereafter invited Sagit to go and visit her family in Utah.

“It really changed me, that meeting with them,” Sagit said. “The first thing I saw was everyone’s eyes—they were blue, shining eyes. It really touched my soul in a very deep way. And then I think she invited me to come to Church, and I played a musical number with her. The people at church gave me the same feeling. After a while, she asked if I wanted to meet with the missionaries. And I said yes.”

Meeting with the missionaries was not easy for Sagit. On multiple occasions, she sat down to write a speech to give to the missionaries to tell them she could no longer continue learning with them. Miraculously, every time she sat down to write her speech, someone would call or text her. One night it was the bishop’s wife: “Oh Sagit, you are an elect daughter of Heavenly Father.” Sagit began to see that the only way these perfectly timed texts and phone calls came were because of a higher force outside of her. Though she was raised without a knowledge of God, it became very clear that this God she was getting to know was attentive to the details of her life.

Another night after the missionaries had instructed her to read the Book of Mormon and pay attention to the way she felt, she sat in her room frustrated with the process. In her discouragement, she dropped the Book of Mormon onto the floor, and it opened up to the picture of Joseph Smith printed at the beginning. As she peered down at the picture and read the caption underneath the photo, she realized she and Joseph Smith had the same birthday. Again, the intervening from something bigger than herself was clear, and in that moment, she felt a warmth in her heart and knew the truth.

From the moment she made the decision to get baptized two years ago, Sagit has felt so full of happiness and peace—like all the deepest desires of her heart have been fulfilled in coming to know the gospel. When she made her first visit back to Israel after she had joined the Church, her mother commented about how much light now radiated from her face. The changes in Sagit were tangible and visible. Sagit showed her mother photos of her friends in Utah who are members of the Church, and her mother said she saw the same light in them as she saw in her.

While in Israel, she also met up with her old piano teacher, whom she hadn’t seen in nearly 20 years. Her teacher also remarked that she had a new light about her.

Just a few weeks after Sagit joined the Church in 2016, her grandfather David passed away, leaving her 94-year-old grandmother behind. To honor her grandfather and the love of music he helped instill in her, she used the money he left her to buy a rare instrument called a Swiss Handpan—an extremely difficult instrument to make because it is made completely of medal and has to be tuned as it is forged. Though her grandparents did not pass on their religious tradition, the legacy of music they gave Sagit from a young age eventually led her to the gospel path she now treads.

Watch Sagit play a beloved hymn on the Swiss Handpan in the video below:

We met Sagit in Jerusalem where she played her beautiful music. After we returned to the US we were surprised to meet her again in our ward where she was visiting. She has a great musical talent and a wonderful spirit. We are so happy that she now is able to serve a mission!

Sagit came to visit us in Rosenberg last year and brought such a wonderful spirit with her. It is such a joy seeing this article celebrating her heritage, conversion and spiritual gift of music!