Hidden Things: What Did Jesus Actually Look Like? | Meridian Magazine 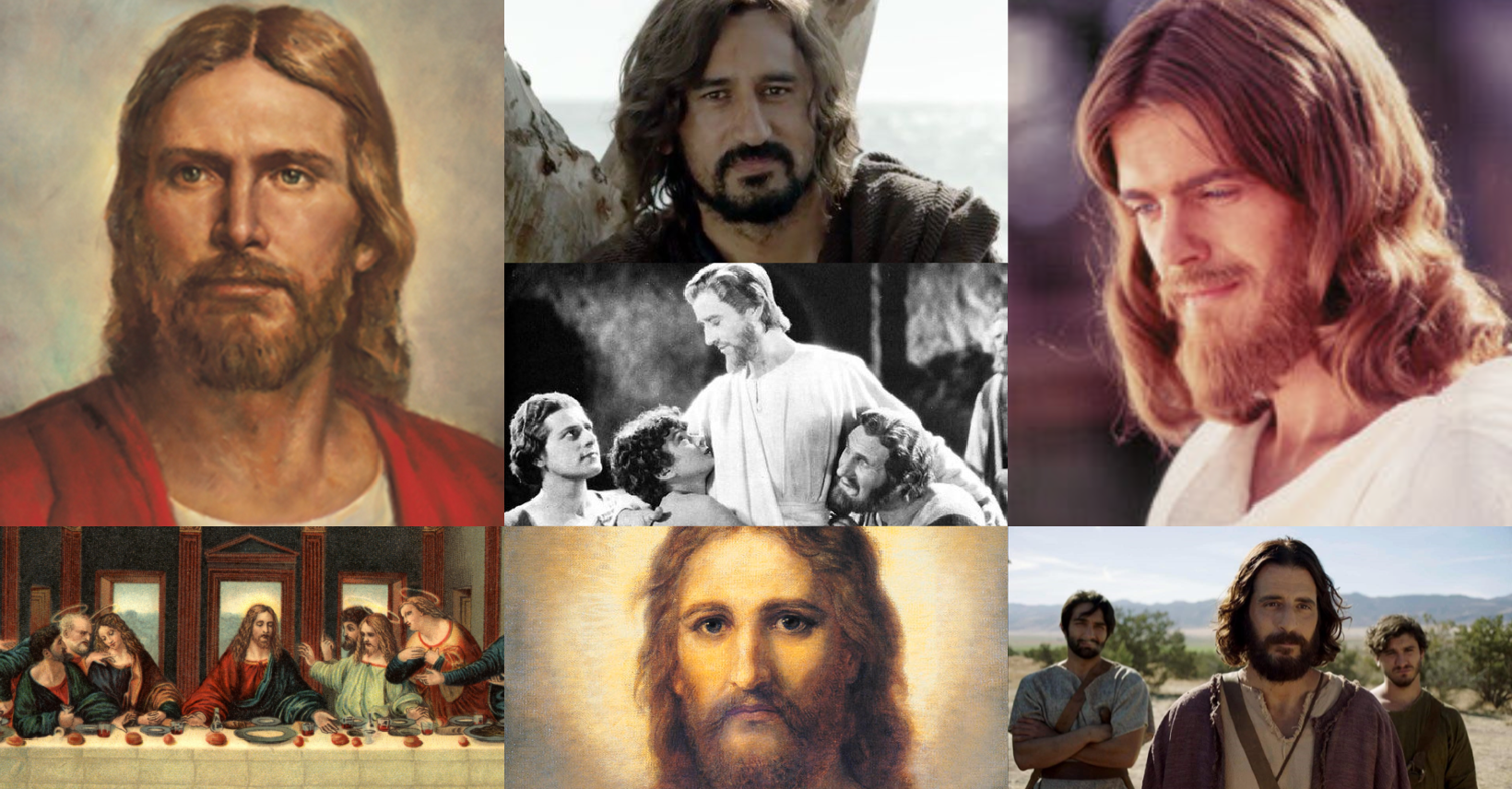 The following is the next installment in a series of articles that accompany the Treasures from the Life of Jesus jigsaw puzzle. To read the other articles in this series, CLICK HERE. If you haven’t gotten your copy of the puzzle yet, CLICK HERE.

In honor of General Conference weekend, you can get an additional 10% the Treasures from the Life of Jesus jigsaw puzzle by using promo code “CONFERENCE10” at checkout.

Author’s Note: None of the following is meant to be conclusive as the appearance of Christ, it is merely a series of different accounts and analyses for your consideration.

As I was finishing out a first draft for the design of our Treasures from the Life of Jesus jigsaw puzzle, it just seemed wrong to have a puzzle dedicated to Christ’s life without any imagery of Him in it. But what picture would be appropriate to use? With only small clues from the Bible as to His appearance, Christians throughout history have largely been left to their own devices to imagine what He might’ve looked like. Our personal visualizations are heavily influenced by western art, which often depicts Jesus as tall and lean with fair skin and light eyes.

How accurate is this image? What evidence do we have to draw on to decipher what he really looked like?

Finding Clues in the Bible

One biblical passage that is not specifically descriptive of appearance, but has important implications about it, is Isaiah 53:2. In it, Isaiah speaks of the Messiah who will come and says of Him, “he hath no form nor comeliness; and when we shall see him, there is no beauty that we should desire him.” That is quite the counterpoint to the European painters who took such great care to make Jesus stand out from those pictured with Him. They paint Him as though His glory were obvious to anyone at a glance, when in reality, He faced a lifetime of people who couldn’t see it.

“Comeliness” isn’t a common term in our modern vernacular, but it means “pleasurably conforming to notions of good appearance, suitability, or proportion.”[1] And according to Isaiah, comely He was not.

We know from Luke 3:23 that Jesus was about thirty years of age at the start of His ministry, despite often being painted to look significantly older than that. Think about a thirty-year-old you know now and you will realize that you may be mentally adding years to the Savior’s earthly appearance that weren’t there.

There is another interesting moment of insight about Christ’s appearance in the Gospel of Mark. When Judas brings an armed and eager multitude to the Garden of Gethsemane to take Jesus, Judas tells them that “whomsoever I kiss, that same is he”.[2] In addition to being a heartrending contrast to betray the Savior with a kiss, it indicates that an onlooker wouldn’t necessarily be able to see Jesus with His apostles and know right away which was He. He looked not unlike the laboring men of Galilee that He spent His days alongside.

“We don’t know what [Jesus] looked like, but if all of the things that we do know about him are true, he was a Palestinian Jewish man living in Galilee in the first century,” Robert Cargill, assistant professor of classics and religious studies at the University of Iowa and editor of Biblical Archaeology Review pointed out. “So he would have looked like a Palestinian Jewish man of the first century. He would have looked like a Jewish Galilean.”[3]

So, what does a Jewish Galilean of that time look like?

In the 2018 book What Did Jesus Look Like?, author Joan Taylor used archeological remains, historical texts and ancient Egyptian funerary art to conclude that, like most people in that region of the world at the time, Jesus most likely had brown eyes, dark brown or black hair and olive skin. He likely stood about 5’5” tall, the average height for a man of His time.

Coming to a similar conclusion, but with an additionally compelling method to visually illustrate their findings, British and Israeli forensic anthropologists developed what they claimed to be one of the more accurate pictures of Jesus ever created. Using a real skull of an Israeli peasant from the 1st century, they used “computer programs, clay, simulated skin and their knowledge about the Jewish people of the time to determine the shape of the face, and color of eyes and skin.”[4]

This was the image they created:

It was with the hope of creating a similarly culturally accurate portrayal that the picture we ended up using in the Treasures from the Life of Jesus jigsaw puzzle was taken. The image was from a photo shoot done by Scot Facer Proctor using a costumed cast of real Nazareth natives at the Nazareth Village historic site. The actor was 28 years old at the time, and truly was born and raised in Nazareth. In addition to being the right age and having the cultural background, he successfully exuded the warmth and joy that we all picture Jesus having. Here is another beautiful photograph from that shoot:

Descriptions from Those Who Have Had Visions

One of the gifts of the Restored gospel is that, in addition to the Bible, we have added scripture as well as a few additional accounts of those that have personally witnessed the Savior. Hearing tell of the resurrected Lord may not bring us many conclusions about how He looked during his earthly life, but it still adds texture to our testimony to see in our mind’s eye what others have seen.

Take, for instance, the account of John Murdock who said,

“During the winter [1833] that I boarded with Bro. [Brother] Joseph, as just mentioned, we had a number of prayer meetings, in the prophet’s chamber, in which we obtained great blessings. In one of these meetings the prophet told us if we could humble ourselves before God, and exercise strong faith, we should see the face of the Lord. And about midday the visions of my mind were opened, and the eyes of my understanding were enlightened, and I saw the form of a man, most lovely, the visage of his face was sound and fair as the sun. His hair a bright silver grey, curled in most majestic form, His eyes a keen penetrating blue, and the skin of his neck a most beautiful white and he was covered from the neck to the feet with a loose garment, pure white, whiter than any garment I have ever before seen. His countenance was most penetrating, and yet most lovely. And while I was endeavoring to comprehend the whole personage from head to feet it slipped from me, and the vision was closed up. But it left on my mind the impression of love, for months, that I never felt before to that degree.”[5]

Zebedee Coltrin related that he also saw the Savior, following which he saw God the Father, who “was surrounded as with a flame of fire, which was so brilliant that I could not discover anything else but His person. I saw His hands, His legs, his feet, his eyes, nose, mouth, head and body in the shape and form of a perfect man. . . . This appearance was so grand and overwhelming that it seemed I should melt down in His presence, and the sensation was so powerful that it thrilled through my whole system and I felt it in the marrow of my bones.”[6]

And of course, Joseph Smith himself said that “His eyes were as a flame of fire; the hair of his head was white like the pure snow; his countenance shone above the brightness of the sun; and his voice was as the sound of the rushing of great waters, even the voice of Jehovah, saying: “I am the first and the last; I am he who liveth, I am he who was slain; I am your advocate with the Father”[7]

Perhaps it’s more difficult to wrap our minds around someone with eyes like fire and a voice like rushing water than it is to picture a humble Galilean peasant. Or maybe in moments where the Spirit is flooding your soul, it is more difficult to picture Jesus as having “no beauty that we should desire him” than to picture brightness that defies the sun. Ultimately, we don’t have to know what Jesus looked like in order to hear the confirming voice of the Spirit tell us that He is our Savior. We don’t have to have a perfectly accurate mental picture in order for the atonement to work in our lives. We don’t have to see His face in front of us now in order to recognize the face of our familiar and beloved Brother when we get the chance to finally meet him again.

[7] The Living Christ: The Testimony of the Apostles

While it is interesting to consider what our Savior may have looked like on earth, or what he looks like today, the most important factor to me is that he was literally and physically Heavenly Father's Son. Because of this, we really don't know what he looked like. I take comments that he was not attractive with a grain of salt. Beliefs about what is or is not beautiful are subjective, and opinions on beauty change drastically throughout different periods of history and cultures. I appreciate Mariah's comments that she is not trying to convince us of anything, simply giving us some things to think about. I absolutely believe that when we see the Savior we will see that he looks very much like his Father. He will be gloriously beautiful in every sense of the word.

There are accounts written by Pontius Pilate and others who describe Him as having golden hair and blue eyes. The descriptions can be easily found using an inter net search.