Help Me Clutter Up Your Mirror: A Request for Inspirational Thoughts | Meridian Magazine 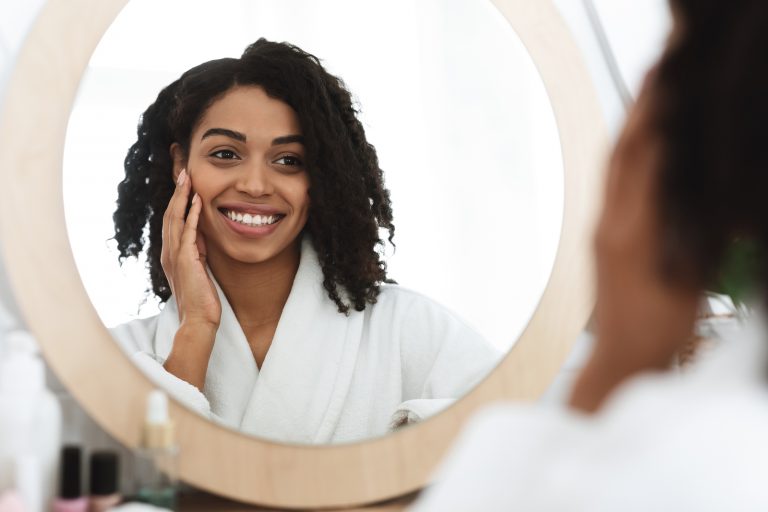 Help Me Clutter Up Your Mirror: A Request for Inspirational Thoughts

I solicit your help.  I’m looking for short sayings to tape to my mirror, and to yours, too.   You’ll have to do your own taping, though.  I do not make house calls.

This article is a seed; please help it grow.  It asks for your contribution to a small collection of powerful, valuable, short readings.  I am providing a handful of pieces of prose or poetry that are important to me, and I ask that you provide an additional example or two that are important to you.  I expect that some of these snippets of inspiration will be printed out and taped to bathroom mirrors wherever Meridian Magazine is read.   It would be even better if readers with young and limber minds committed some of these work to memory.

Are you (or the kids) washing your hands for 20 seconds while singing (twice) the “Happy Birthday” song?  Stop right now!  No, not the washing, the singing of that song.  Instead, wash for 20 seconds or longer while reciting out-loud one of the following:

One.  The first stanza (of twelve) of Theodore O’Hara’s somber, “The Bivouac of the Dead”, which I first discovered at the cemetery at Gettysburg, Pennsylvania:

The muffled drum’s sad roll has beat / The soldier’s last tattoo;
No more on life’s parade shall meet / That brave and fallen few.
On Fame’s eternal camping-ground / Their silent tents are spread,
And Glory guards, with solemn round, / The bivouac of the dead.

I have since learned that this shining gemstone of an elegy can be found at many military cemeteries.  I once had this stanza memorized, but now I tend to forget the first four lines and start in the middle.

There are so many might have beens / What ifs that won’t stay buried,
Other cities, other jobs, / Strangers we might have married.
And memory insists on pining / For places it never went,
As if life would be happier / Just by being different.

Three.  Oliphant’s Addendum to Various Laws and Axioms.  “There are some principles and truths that are eternal (and many that are not), but the application of these laws and principles may apply differently, may not apply at all, or may apply with special force to mothers of young children.”  This little piece of virtuosity has yet to receive the acclaim it deserves.

Four.  In 1930, A.J. Cronin’s doctor sent him to the countryside for rest, relaxation, and a milk diet.  Cronin decided he would take the time to write a book.  After much struggle and many pages, he concluded that his work was “nonsense” that nobody would read.  He threw the manuscript into the ash can and went for a walk.  Chancing upon an old farmer who was ditching a patch of Scottish bog, Cronin told the old man what he had just done.  The farmer suggested that Cronin might be right to quit, but he, the farmer, was going to keep digging.  “For my father knew and I know that if you only dig [long] enough a pasture can be made here.”

“I understood.  I watched his dogged working figure with rising anger and resentment.  I was resentful because he had what I had not: a terrible stubbornness to see the job through at all costs, an unquenchable flame of resolution brought to the simplest, the most arid duties of life.  And suddenly my trivial dilemma became magnified, transmuted, until it stood as the timeless problem of all mortality – the comfortable retreat, or the arduous advance without prospect of reward.

“The virtue of all achievement, as known to my old Scots farmer, is victory over oneself.  Those who know this victory can never know defeat.”

Cronin’s book went on to become an international best-seller, selling millions of copies in dozens of languages.  Hollywood made a movie of Hatter’s Castle.  A.J. Cronin told his story in Reader’s Digest in 1941, to help strengthen souls in the West during the years of worldwide war.

Five.  Somerset Maugham set a standard for self-control that has exerted a powerful influence over me since first hearing it many years ago: “To do each day two things one dislikes is a precept I have followed scrupulously,” the novelist said.  “Every day, I have got up, and I have gone to bed.”  I’m not sure teenagers should be exposed to this piece of advice.  World-famous novelists are best adapted for this sort of rigorous discipline.

Six.  Last on my list is the music critic Ernest Newman who said, “The great composer does not set to work because he is inspired, but becomes inspired because he is working.”

You’ll have to repeat that insight about four times to reach your twenty seconds.  Say it six times if you are scrubbing under your nails and up your wrists.

So, what about it, readers?  Can we create a list of about 25 powerful, valuable, short statements that are worth taping to our mirrors?  There are about 25 weeks remaining in the year, so a list of 25 statements would get us into the New Year having posted a new saying each week.

Please take a few minutes and list one or two of your favorites below.  Tell me and thousands of other Meridian readers what words have touched your life:

Pray or be prey. Prayer gives us hope, faith and strength and without It we the natural man’s and Satan’s prey. Prayer is also the world’s greatest wireless connection.

The thing that counts the most in the pursuit of happiness is choosing the right traveling companion. author unknown