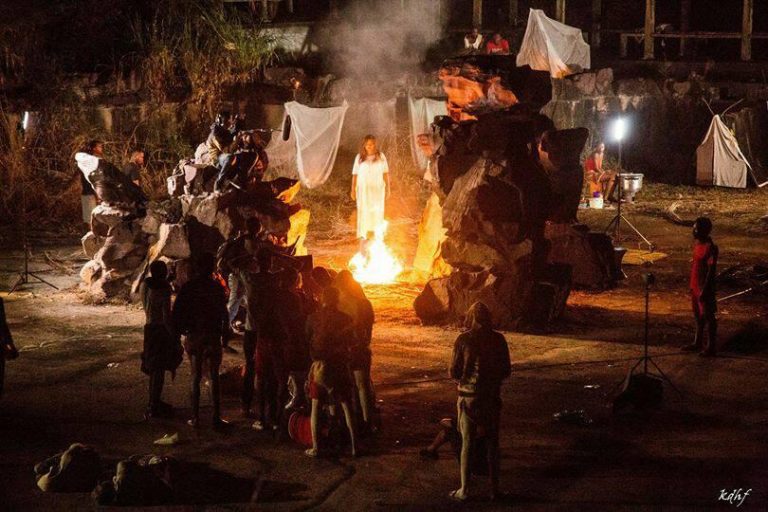 Heart of Africa: No Villains in this Story

Years ago, my cousins were watching a video with strong and obvious distinctions between the good guys and the bad ones. My uncle entered the room, watched for a moment, and then said, “You know, in real life there are only a few truly bad people. Almost everyone is good, or wants to be good. Almost everyone.”

Among my rules for beginning story writers is this:

No consummately bad guys are permitted in your story. You may have a character who behaves deplorably. As a writer, you need to understand why. In fact, you need to love all of your characters, especially those who do bad things.

Beginning writers—especially modern ones who have been raised in a culture which includes Darth Vader, half-human assassins, and super villains—are tempted to create fiction which portrays completely evil characters, motivated by evil designs. I never argue about whether or not evil exists in this world, but I know that a writer who doesn’t present nuanced characters will fail to write a compelling story.

When I first heard of the revolutionary leader who so influenced Aime Mbuyi, the Congolese man whose story inspired our film, he seemed evil—casually modifying religious rites and building anger and hatred in his students. Aime had reported, “At the camp, we lit a bonfire, sang songs, and we prayed to our ancestors. Someone called out to the ancestors and other dead ones and asked them to mingle with us… I had many destructive plans which I developed at the revolutionary camp.”

My perception of this leader began to change one day in 2016 when I heard his voice after Aime telephoned him. They had not spoken in years.

I could hear both sides of the conversation. Aime, a returned Latter-day Saint missionary, greeted his former leader, who responded with an astonished, “Mbuyi? Mbuyi?” As he repeated Aime’s name tenderly, I realized that he loved him. And I quickly realized that Aime loved him back. In fact, the following year, we would record the leader’s oral history with Aime doing the translation. His was a remarkable story. I had to respect him and to recognize that his heart was good.

Why, then, had he been motivated to share stories of revolution which would inspire “destructive plans”?

As I learned the history of the Democratic Republic of Congo, formerly Belgian Congo and then Zaire, I confronted the pain in its history. Statistics are unreliable, but suggest that around ten million Congolese people died under the rule of Belgium’s King Leopold II. A missionary in our Congo-bound MTC branch suggested that I read King Leopold’s Ghost, which details the horrors of the history.

The book opened my eyes and became a text for understanding this revolutionary leader and his particular heroes. I came to appreciate his motivations. At its core, his mission was to educate the youth of the Congo to honor their past dignity. He knew that because of post-war trauma, his people were in a survival mentality without a nurtured imagination. He established rules of courtesy in his school and stressed literacy. Aime Mbuyi had been one of his best students.

When we filmed in Lodja, I learned more of how various wars had affected the Congo—probably the richest nation on earth in natural resources, but currently listed as the poorest on the poverty index.

In Lodja, I learned how the civil wars in Rwanda had bled into the DR-C. It was a lesson on how a war-based world view can spread like a disease. Soldiers from Rwanda and other countries, having experienced the soul-numbing effects of their own civil wars, conscripted child soldiers in the Congo.  They appropriated land, including cemeteries, and freely sold anything they claimed.

These are the words I scripted between the missionary (Elder Ngandu) and his mission president (President Kabasubabu):

Kabasubabu:
There is magic in Mwabila’s anger. But it is not the power of God.

Kabasubabu
Hate will shrink what it holds. Hate would rather smother you than let you go.

Ngandu
Mwabila is not evil.

Kabasubabu
He is a good man in an ancient fight. And he wants you to lead the next charge.

My sister, Jenette Lambert, who works as a chaplain and nurse with veterans, gave me one line for the revolutionary leader: “We have a right to our anger.” It is a line she has heard many times from veterans trying to move beyond the horrors they’ve witnessed or been a part of. There is no question that the words feel true—but they must begin the bold march into a world which looks to the future and to redemption. If those words become a refrain, an orbit, progress towards healing is halted.

The ability to empathetically imagine the world and perspective of someone we disagree with or who has even hurt us is vital to every follower of Jesus Christ. It is the essence and commencement of forgiveness.

A writing exercise I gave to my creative writing students was more difficult for some than for others. They were to go into their memories to find a time when they had a significant conflict with another person, perhaps a conflict which even changed the trajectory of their life. The first step was to write the experience as they recalled it, from their own point of view. In the next step, they were to go imaginatively into the mind of the other person and give that person’s point of view.

That’s where some students stopped. One said, “There is no other view!” Another said, “The only way this works is if my character says, ‘I am a jerk.’”

Some students, however, found that the exercise invited them into peacebuilding. As they imagined a world they had not considered—the world of the other person, and perhaps some pain in that world—they could develop compassion for someone they had considered an adversary. They could begin to forgive. It proved a significant assignment for many.

As it happened, the man who portrays the revolutionary leader in our film was the very one who, a decade earlier, had pronounced filmmaking as “only for the rich,” and declared that there could be no film program at the National Institute of Arts, where he was a professor. He thus discouraged Tshoper, our director—but only momentarily. Tshoper’s dreams proved to be stronger than the temporary discouragement, and he created his own film program at the institute.

As the film’s shoot neared its end, the actor/professor said, “This is going to work. And now, I want to make a film, too.”

The blessed contagion of hope is the opposite and the healer of contagious anger. Hope can right a trajectory headed for accusation, tribalism, and war, and guide it into cooperation, unity, and peace. Our purpose as we release this film in the Congo and in the USA is to spread healing, empowering hope.

These words from Elder Jeffrey R. Holland crystalize our themes:

Surely each of us could cite an endless array of old scars and sorrows and painful memories that this very moment still corrode the peace in someone’s heart or family or neighborhood. Whether we have caused that pain or been the recipient of the pain, those wounds need to be healed so that life can be as rewarding as God intended it to be… As Prospero said to the regretful Alonso in The Tempest, “Let us not burden our remembrance with a heaviness that’s gone.”

Thank you for sharing your thoughts on writing and your experiences in filmmaking. Very profound. I can’t wait to see the film Best to you Sarah Hinze

“We have a right to our anger" is often correct and so damning. Heart of Africa is a film for our day. Our polarized culture depicts the other as wrong and self as valid. What a dangerous world that is--not just because of tribalism, but also because of what it does to our hearts and how it limits our souls' expansion. That we all could watch Heart of Africa and ask ourselves, "Am I willing to give up anger/judgment to be an instrument for good?" I am eager to see this film--hopefully at the LDS film festival.