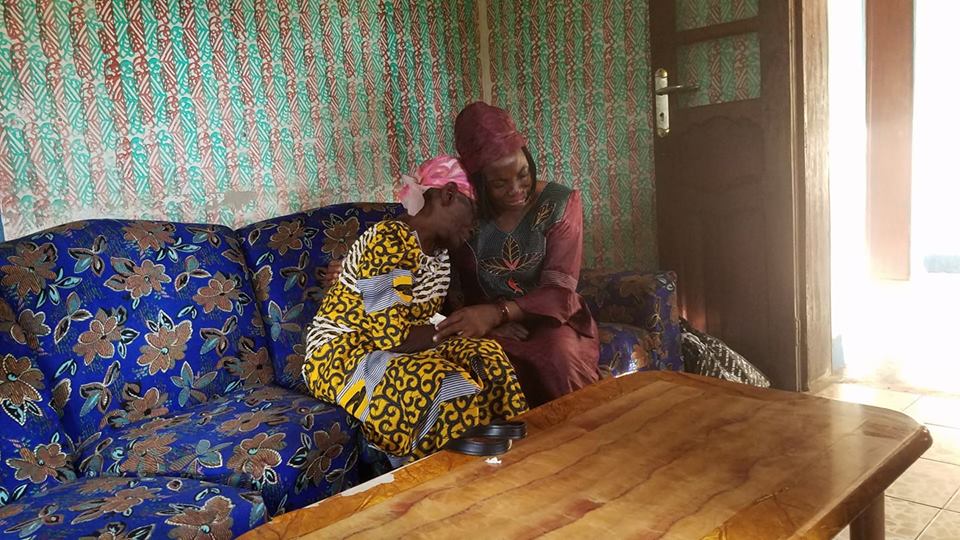 Heart of Africa: How a Stolen Passport Led to a Miraculous Reunion

In early 2017, my husband and I met with Scott Wyatt, president of Southern Utah University. Like us, President Wyatt had been to the Congo, and we wanted to learn about his initiatives. Within two minutes, he asked us, “Have you ever considered going to Lodja?”

In fact, I had never heard of Lodja. Scott described it to me as among the poorest areas of the Congo—and among the most beautiful. I told him I’d go there when I made my next trip. It was an easy promise to make. It was not so easy to fulfill.

My next trip began on June 22, 2018.  With me were my husband, Bruce, and my brother, Dell.  We had a long layover in Paris prior to our Congo connection and managed to encounter a thief—who stole my brother’s passport. It seemed disastrous at the time, but it would be the key to my keeping my promise to President Wyatt.

Though my brother was able to get an emergency passport, he did not have a visa to get to the Congo, and so was not allowed to get on the plane with us.

In Kinshasa, my first priority was to get that visa for my brother. Several people gave us instructions, and we paid money and met with officials who promised to help. But no help came. Each day we were told, “Probably tomorrow.”

Two weeks went by, and my husband had to return to the States. (I had always been scheduled to stay in Kinshasa with my brother through mid-August. This was our second trip there.) Clearly, the routes we had tried were expensive dead ends. I no longer had money to get to Lodja, a three- hour flight from Kinshasa. And there was another obstacle. In order to go to Lodja, I would have to meet with a high government official. By now, I had heard some discomfiting things about him. I told Aime (the former revolutionary whose story is the foundation of Heart of Africa) that I didn’t want to meet this man.

But there we were. I was alone in Kinshasa and my brother, my intended companion, was still in Paris.

Out of the blue, I got a call from a friend who said he could arrange for me to meet the official. He also assured me that, indeed, the official could get my brother’s visa.

I spoke with Aime, explaining my situation and my concerns. He answered, “I think you need to meet with the official. And I think you will go to Lodja.”

He was right. I did indeed meet with that powerful man, who was kind to me and got my brother a visa that very day. He then bought me a ticket to his hometown of Lodja. I would fulfill my promise to President Wyatt.

The three weeks of pursuing that piece of paper were restless, frustrating, and sometimes desperate. As I recall them now, though, they’re barely a pause in the full story. As far as I knew then, one thing had gone terribly wrong: a theft. What I did not know was that my teammates and I were being guided—even in our most hopeless moments—into a magnificent answer to prayer, from both sides of the veil. It took something as serious as a stolen passport to get me to Lodja. As we would shortly learn, Lodja was the connecting point to something far more important than our film.

Unbeknownst to any of us, our film director’s family members—whom he, Tshoper, had never met—lived there. Because my brother and I had recorded the oral history of Tshoper’s mother, Celestine, during our previous trip, we knew the story. Celestine had been abandoned in the forest shortly after her 1965 birth, when her own mother died. Her aunt had rescued her and then raised her for eight years before Celestine was sent to distant school in 1973. They had not seen each other since then. Forty-five years.

We all went to Lodja—my brother, Tshoper, and I. Tshoper would film b-roll there for the Heart of Africa film.

As President Wyatt had indicated, Lodja was indeed one of the most beautiful places I had ever seen, full of palm trees, papaya trees, avocado trees, lakes, rivers, and fields of corn and cassava. The roads were dirt, and transportation was mostly by motorcycle, though we were usually transported in a car.

It was while we were in the car that Tshoper said, “Oh! I forgot to tell you! I got baptized.”

Tshoper knew where my brother and I went to Church, but we had never proselytized.

“I was baptized in February,” he said.

He told us about several dreams—one of which took place in the Latter-day Saint Church.  He saw a picture of the Savior with the words, “I am the way, the truth and the life.”  In another dream, he saw his car move down the street on auto-pilot until it fell into a river, completely immersed.  When it came back up, it was clean.  In the dream, a voice said to him, “You see, it must go into the water in order to become clean.”

In yet another dream, someone told him he needed to be baptized for a deceased uncle, but he couldn’t do it until he was baptized himself. He spoke to a Latter-day Saint friend about that dream’s meaning and then decided to learn more. As it happened, Aime Mbuyi (the former revolutionary whose story inspired our film) became his main teacher, and Aime’s brother-in-law performed Tshoper’s baptism.

And now, here we were in Lodja, on the threshold of another miracle.

Tshoper got a phone call the next day from a relative in Kinshasa. The relative asked, “Did you know that your great aunt lives where you are now—in Lodja?”

He was stunned. He had thought the aunt lived in a distant town called Lomela. He had never imagined that he’d actually meet her.

We made arrangements immediately and went to the aunt’s place that evening.  Not only had Tshoper never met this woman who had saved his mother’s life, he didn’t even speak her language, Otetela. We had a translator who spoke both Otetela and the more common dialect, Lingala.

Tshoper sat next to his great aunt on a couch. He turned to us and said, “Look! She’s crying.” Indeed, she wept throughout the conversation as we Americans observed, understanding none of what was being said except for Tshoper’s words to us in English: “I can’t tell you what I’m feeling right now. I am very happy.”

Later, at our hotel, he broke down and wept.

A year later (April, 2019), we would reunite Celestine with this aunt in Lodja and with other family members as well. In fact, she, Tshoper, and Tshoper’s wife, Deborah, would not only fly to Lodja but would travel by motorcycle to the gravesite of Celestine’s mother, Aselu, in a tiny village called Lowo. There, Celestine would meet men and women she had played with as a child. Though in Kinshasa she was poor, in Lowo she was a chief’s honored daughter and comparatively rich. She freely distributed gifts to her family.

Who had prayed for that reunion and all it would imply? What did it mean in the eternities? Why had the opposition been so fierce? What new commitments could we now make because of what we had seen?

We would commit ourselves to helping fulfill Isaiah’s prophecy:

“Thou shalt raise up the foundations of many generations; and thou shalt be called the repairer of the breach, the restorer of paths to dwell in.” (Isaiah 58:12)

A fitting scripture to end this story with, and to honor your work in general.