Heart of Africa: Honoring the Language of the People | Meridian Magazine 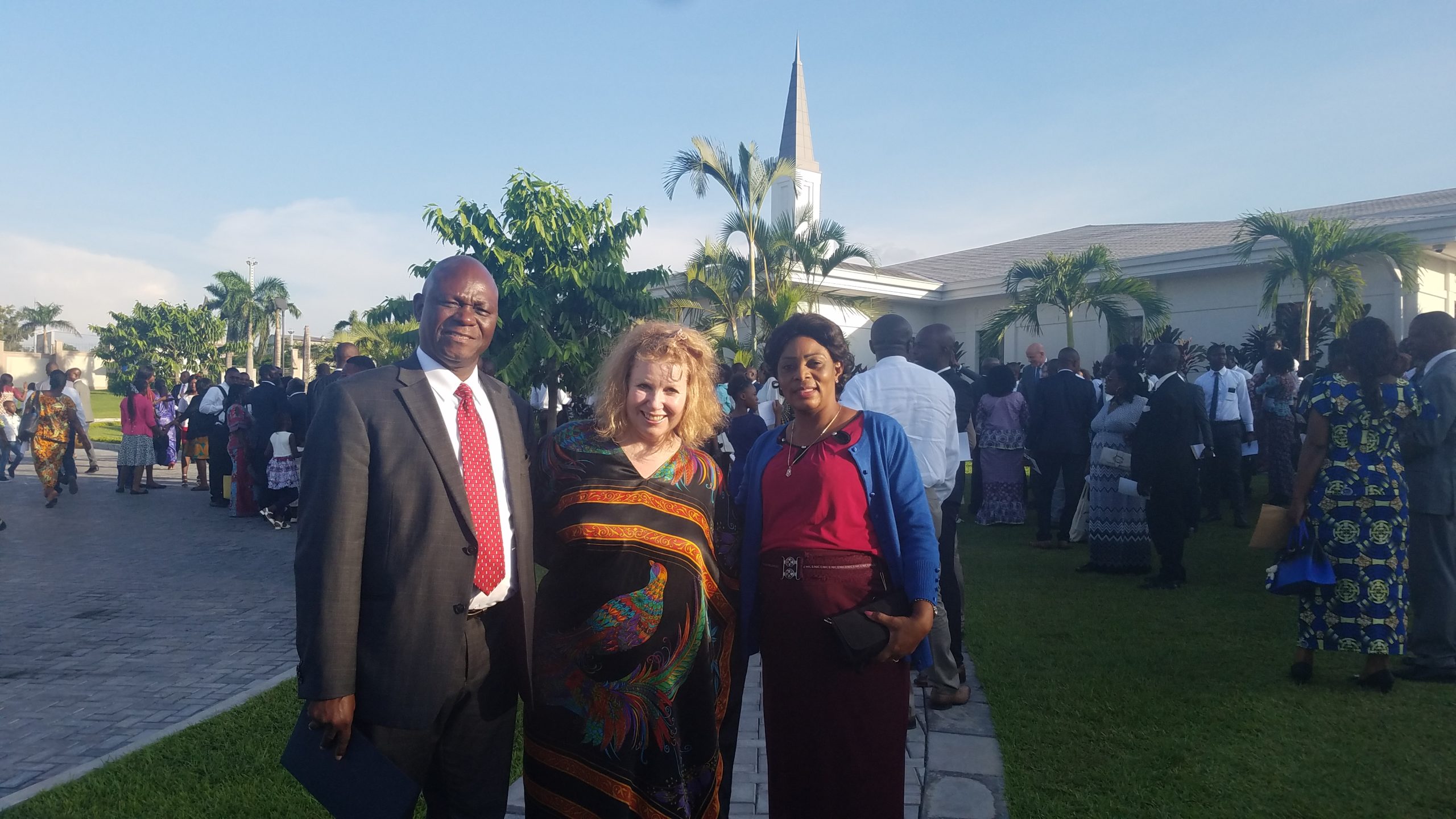 Heart of Africa: Honoring the Language of the People

This series, Heart of Africa, is about a forthcoming film and the failures and miracles which marked its path to production and release. It is a triumphant story which testifies of patience, persistence, and divine design. To read the previous article in the series, CLICK HERE.

While my parents, Robert and Julia Blair, presided over the Baltic States Mission from 1994-97, my father said this to their missionaries:

“In July 1940, a nine-year-old boy sat in a chair under the hands of an inspired patriarch.  Some of the words spoken were these:

“In the ministry of the Lord, it shall be your privilege to travel both by land and by sea, to bear witness of the divine mission of the Prophet Joseph, even in foreign lands and in foreign languages.  It shall be your privilege to preside both at home and abroad.  Your standing in the Church shall become as a passport even in foreign lands, and because of it, you shall be given privileges and opportunities.  The power of expression shall be given you that in plainness and great power you may bear witness to the children of God that God has spoken anew, and his priesthood is among men.  The learned men of the world shall sit at your feet, there to be taught the will of the Lord.  The gift of tongues shall rest upon you, and barriers shall be removed, that as an ambassador of the Lord Jesus Christ, you may go in peace and return in safety.

I am that nine-year-old boy.  It so happened that this inspired patriarch had opened a small part of the veil.”

My father was a child when he received this blessing, but by the time he was nineteen, he already spoke Spanish and Russian. He served his mission in Finland, and so added Finnish to his language trove. By the time of his death in 2016, he spoke about ten languages, though he never bragged. We, his children, finally counted them up. (Actually, we counted twenty, but Dad didn’t like to claim a language unless he was fluent in it.) He understood why he had received this gift and how it was to be used. He knew that it was God’s gift, not his. By 2016, he had lived in a dozen countries and had indeed sat with “learned men of the world.” He had even spoken boldly about Christianity in Mainland China in 1980, when statues of Mao were still ubiquitous.

My childhood memories include going with my parents to a tiny village in Mexico, where my father began working on Maya, which would become his specialty. He felt strongly that the language of the heart is what people speak in their homes. In many Latin-American countries, Spanish is spoken in business settings in the large cities, but dialects are spoken at home.

On the African continent, there are approximately 2000 dialects. The chief one in the Congo is Lingala. My father was aware that if I was to be effective in my work there, I should speak the “heart language.” Though he was on dialysis when I began traveling to Africa, he brought handouts on Lingala to share with me while the machines cleaned his blood. At least once, he scolded me: “You aren’t studying Lingala, Margaret. You need to do better.”

After my husband and I made the decision to “go all Africa” in our film, we had to decide which language we’d use. Since the Democratic Republic of Congo is French-speaking, we initially thought that French would be the natural choice. But when our director, Tshoper Kabambi, suggested that we use Lingala, I agreed. My father had passed away by then, but I could almost hear him say, “Well, of course the film needs to be in Lingala!” Our over-arching goal with Heart of Africa was to help open the cinema industry in the Congo and to be the fuel, but not the directors, for that initiative. We understood that film can stimulate imagination and facilitate instruction—both desperately needed in a post-war setting.

Our primary audience was in the Congo. We knew that using English subtitles might decrease our audience in the USA, but decided to take the risk. In retrospect, I realized that I had been prepared to make that decision for all my life.

Cinema existed in the Congo thirty-five years ago, before the many eruptions of violence and political turbulence. Old cinemas in Kinshasa sit as empty hulls now, full of rats. Even before cinemas disappeared, though, films were generally American ones dubbed in French. Heart of Africa is different. It will go to the people as a mirror, a validation, and an invitation to imaginative solutions to the deepest problems in the country.

What will this film do for the Congo?

The real answer is that we don’t know everything it will do. We do know a few things, though. Our Congo team will do some open-air screenings in small villages. (Our organization, Congo Rising, was able to provide battery-powered projectors and solar-powered speakers for the many villages which lack electricity.) They will build small cinemas which can also be used as schools, and thus address the educational deficits from several angles.

When we reunited our director’s mother with the woman who had raised her (described in a previous installment of this series), our team saw one of the most impoverished villages in the country, Lowo. The roads were barely present, and the foursome who took motorcycles from Lodja to Lowo fell several times.

Upon their return, Tshoper said to me (in French), “Margaret, I can never be rich. I have seen such poverty! In Kinshasa, we have clothes. Their clothes are threadbare, or they don’t have any. And there are no schools in Lowo. We have to help.”

Lowo is now on our radar as a place to build a cinema/school.

What difference will it make to the Congolese to see a film in their heart language?
This I can answer with my own experience.

I was present for the dedication the Kinshasa Temple on April 14, 2019, which was done in French. I was surprised that Elder Dale G. Renlund, who did the dedication, spoke such good French! I attended two endowment sessions afterwards, also in French. I was prepared to go through the veil in French and was surprised when the American veil workers used English. They both spoke French and helped the Congolese in that language, but they knew that my heart language was English.

What a sweet thing it was! My soul responded with, “Oh! My language! The language which comes without effort, without strain or confusion. The language I learned from the moment of my birth.”

Those who hear the film in their own language will respond as I did in the temple.

My father, in his essay in the Mormon Scholars Testify series, quotes Derek Bickerton’s words: “The consummate miracle of the universe is a baby acquiring language.”

We acknowledge that miracle and recognize that as we honor a person’s language, we honor their heritage, their home, and their heart. We believe that our American audience will be patient with the subtitles, recognizing that our film is doing a work which goes beyond the box office. Since one of the lead characters is an American, there will be English as well. We’re certain that our Congolese audience will be willing to read subtitles for those portions. We’ll all cooperate and learn together in this first-time event—a Congolo-Americain film.