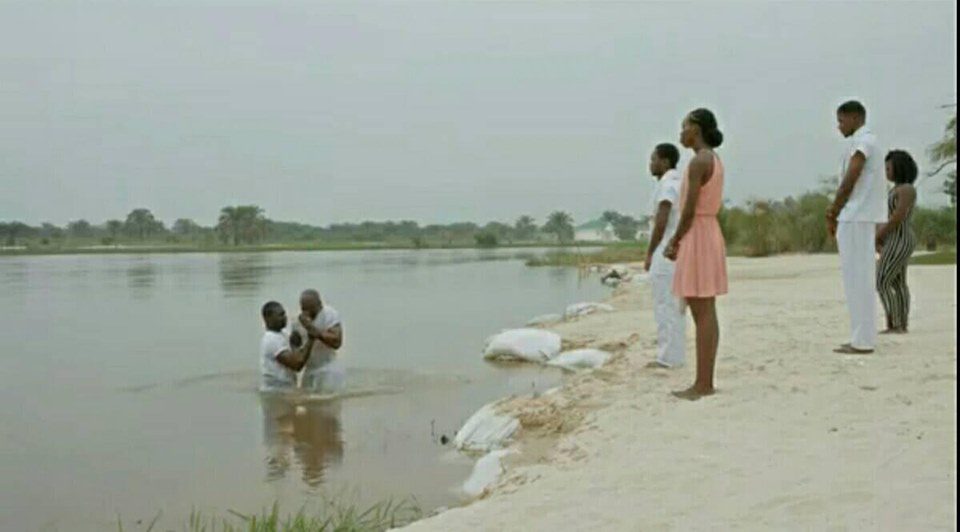 Heart of Africa: Editing a Film and the Plan of Salvation

This series, Heart of Africa, is about a forthcoming film and the failures and miracles which marked its path to production and release. It is a triumphant story which testifies of patience, persistence, and divine design. To read the previous article in the series, CLICK HERE.

The film, Heart of Africa, was shot entirely in the Democratic Republic of Congo. That was comparatively easy as we faced the next task: editing. That would be done in the USA at an editing bay provided by members of the American team which had gone to the Congo two years earlier. Not only would the Americans provide this bay, they would offer their expertise and experience, which went far beyond that of our director, Tshoper Kabambi. One American team member explained his generosity with the words, “I have a good feeling about this film.” His generosity would be the key to finishing it well.

The cut we started with was four hours. Tshoper edited it down to 2.5 hours and we had our first screening at the Kaleidoscope Pictures in Provo, Utah.

It was a disaster. We had simply too much material. The focus was diffuse. We were telling the story of two missionaries, one American and one Congolese. Each story had its own arc, and telling both overloaded the storyline.

In my thirty-five years of teaching creative writing, I was quite accustomed to beginning writers presenting stories with the same problem our film had: a loose focus and the “too much going on” issue. My standard responses to my students included these questions:

2) What does your main character (protagonist) want?

3) What’s at stake if he doesn’t get what he wants? In other words, why should I care?

We pared it down to just under two hours and screened it again. It was improved but still what I call a “firework”—a fountain of explosions without a clear center. We were facing what we writers call the necessity of “killing our darlings,” meaning that we would need to edit out even sequences which were beautifully filmed and which we loved—our “darlings.” Ultimately, we took that four hours of footage and edited it down to ninety minutes. We chose one story—the African’s—and put the American in a subordinate position. His story would still matter, but the audience would be focused on the African plotline, which we described thus:

A Congolese man runs from a terrible accident and finds himself at a revolutionary camp, where he is told that he has a great destiny. He tries to escape by going to another town, joining a religion, and becoming a missionary. Ultimately, though, he finds himself back in the very place he tried to leave. He then must face his fears and his shame, but also his magnificent possibilities.

I sat next to Tshoper as we did our penultimate edit. We went on intuition. Every scene had to justify itself. Did it add to the story? Did it further the plot in line with our focus? Did it work organically, continuing the flow and not disrupting it unless disruption was needed?

Tshoper did the final edit, which brilliantly overhauled the whole thing to heighten the main character’s conflict. When I saw it, I recognized that this young man from the poorest country on earth was a genius.

I contemplated all the critiques we had gotten—the harshest of which were our own. We loved this film enough to demand as much as possible from it and to be brutal with the editing tools. The word we used when we chose to delete a scene was “coupe”—French for cut. Over and over, we would watch a scene and then ask, “Coupe?” In many, many cases, the answer was YES. In fact, we cut a whole plot line when we realized that it did not serve our central story.

The life lessons were abundant. Throughout our editing journey, I returned to those essential questions I had asked as a creative writing teacher, and which I still ask of myself in my life:

The answer, in the context of our mortal lives, is that it’s God’s story. As Adam Miller says in Letters to a Young Mormon, “When you sin, you fail not because you’ve failed to live up to your story, but because you’ve privileged your story in the first place.”

I had already learned that the film itself was not nearly as important as the people I would meet while making it. The team I had thought would make this movie had fallen apart. A new story started when we hired a Congolese team to tell a Congolese story. We Americans made ourselves the servants, not the directors. This opened the way for miraculous sub-plots (such as the reunion described in the previous installment) to emerge.

2) What does your main character (protagonist) want?

In life, the question “What do you desire?” is fundamental. Do we want satisfaction or redemption? Gifts of gold or of charity? Enduring faith or clever cynicism? In filmmaking, we answer the central question “What do you desire?” (or “what does your protagonist desire?”) with images or visions. There is a touch of the divine in the process, something like what Nephi experienced when he asked to see and understand his father’s dream. Over and over, the angel asked, “What desirest thou?” (I Nephi 11)

3) What’s at stake if he doesn’t get what he wants? Why should I care?

These questions get to the heart of what we’re doing in mortality. We care because we are all on this mortal journey together. Though our film’s story takes place in the Congo, the issues our characters confront are universal. We hope that when an American audience sees Heart of Africa, they feel like they’re in Africa—and that they discover a deep love for their fellow humans on that continent, who become “no more strangers and foreigners but fellow citizens with the saints and of the household of God” (Ephesians 2:19).

Perhaps the most important thing I learned as a creative writing teacher was the importance of letting every student know how valuable their work was. It was my goal to take every one of my students on a pilgrimage of self-discovery through writing. Their starting points would vary, but each was eligible for the journey. I wanted all of my students to leave my class empowered with their possibilities, not crushed by my criticisms.

The criticisms we received for Heart of Africa were excellent, and encouraged us to continue the difficult editing until we had stripped the story to its essentials. We were in a collaborative endeavor, and we needed support and guidance throughout our work.

As Parker Palmer says in in his essay “The Heart of the Teacher”: “We meet as fellow travelers and offer encouragement to each other in this demanding but deeply rewarding journey—calling each other back to the identity and integrity that animate all good work.”

That term—“good work” comprises everything we aim for in our film. Editing it down to the essential, and working with people who had expertise beyond our own, bonded us all. We showed the Congo to our American advisors, and they helped us reveal it more skillfully—in all its beauty and promise.

I am so looking forward to seeing this film. My wife and I are just finishing an 18 month MLS mission in Sierra Leone. I can only imagine the richness of this story as told by the film because I know many of the stories of the people here. I really loved this article as it helps me to see the process of creation.

VIDEO: Carving out a Better Life Thanks to the Book of Mormon