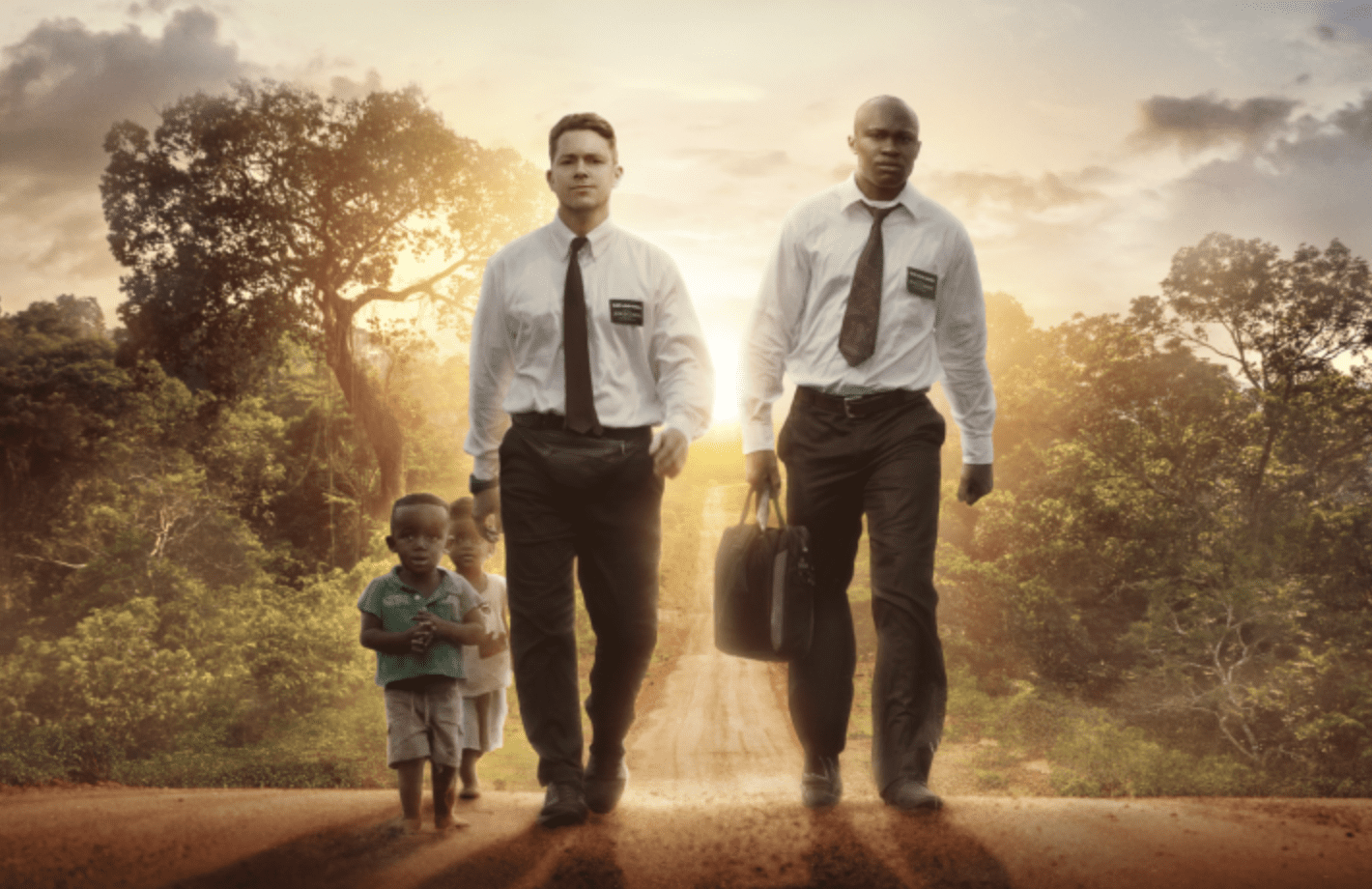 Heart of Africa: Caterpillars and Catalysts

As you read this article, filmmakers in the Democratic Republic of Congo are organizing themselves to show Heart of Africa throughout their country—including to many who have never seen a film.

We will release it in the USA on March 13.

The key to our work in the Congo is finding catalysts—those who initiate or accelerate change–who are already working in teams which we can fuel. We do not work with individuals who aren’t in turn working with others. It’s far more likely for a community of workers to launch into flight than for an individual to do so unassisted. Frankly, we’ve had sad experiences with great ideas which did not have teamwork behind them. More often than not, these ideas get stuck and never take off. I refer to them as the “caterpillars” which never go through a metamorphosis to become butterflies.

There is a certain caterpillar in the Congo which is commonly eaten. I was once told that this particular caterpillar was never intended to fly—something I thought contrary to nature. Later, In the center of the Congo, I found myself in a large field surrounded by white butterflies. These, I was informed, were the result of the caterpillars’ metamorphoses. Indeed, as I had assumed, the caterpillars WERE intended to fly, but their transformation had been halted. The catalyzing miracle of the chrysalis had been, as it were, aborted.

When we found our director, Tshoper Kabambi, we also met the many eager filmmakers of his team, Bimpa Production. Not only was the self-taught team in place, they had already made several short films with whatever cameras they could afford, and their films had won awards in film festivals around the world which they could not personally attend. Supplying them with equipment was like giving them wings. They ascended together. We were gratified as we saw the equipment we had provided generously shared among the entire team.

Now that the film is finished and ready to release, we intend it and the industry it empowers to open the doors to the Congo and even to reform that country’s image.

If you look up travel advisories for the DR- Congo, you will likely find words to this effect: “Reconsider travel to the Democratic Republic of the Congo. There is crime and civil unrest. Some areas have increased risk due to Ebola and kidnapping”

But these words do not reflect God’s view.

In the dedicatory prayer for the Kinshasa Temple, Elder Dale G. Renlund referred to the Congo as a “great nation,” and prayed that “the course of history be altered and made more peaceful, enlightened, and joyous for all Congolese.”

When Jean-Claude and Mime Mabaya, who now preside over the Lubumbashi, DRC mission, spoke at the temple dedication, they acknowledged the hand of God throughout their lives and throughout their nation. President Mabaya said that when his Patriarchal blessing mentioned that he would attend the temple, he couldn’t imagine how that would happen. Nobody in the Congo could go to the temple, he said. But there he was, with his wife at his side, inside the Kinshasa Temple.

When I was in the DRC for the temple dedication and humanitarian work last spring, I wrote this note to my cousin, Gayle Groberg Teuscher, who presides with her husband over the New York City mission. The Mabayas’ daughter is one of their missionaries. Gayle is the daughter of Elder John and Sister Jean Groberg, John having served a mission in Tonga when it was as remote, undeveloped, and perhaps as frightening as the Congo is today.

“Dear Gayle,” I wrote, “Please keep us in your prayers.  At times, it is hard to not be discouraged.  I have thought of John many times and what he found in 1954 when he first landed in Tonga, and what he sees now when he goes there.  It is almost incomprehensible to imagine that the miracles which blessed Tonga can also bless the Congo, but they have begun already.  The temple is the signal that God is moving in the DRC.”

I not only believe that God is moving in the DRC, but that there is some holy urgency throughout Africa. A mighty work is underway, and transformation is happening.

I have only a vague idea of what God intends this film to do and be in the Congo—or in the USA, for that matter. As this series has shown, however, a divine design was apparent as we found our team and tooled them. Though there were moments of profound discouragement, the disruptions we experienced actually opened paths to higher purposes than what we had originally imagined.

As I close this series, I open the great experiment of a film about Latter-day Saint missionaries in the Democratic Republic of Congo—a film made entirely by a Congolese team. This is a new thing, using film to spur a particular industry in a country blighted by extreme poverty and all of its manifestations. The key art in this article is already in ten theaters in the USA.

For any who find themselves in an overwhelming situation, disheartened by apparently insurmountable obstacles, we offer this film as a comfort and an inspiration.

Dear Craig--then we will have to see you in Paris! I have heard so much about the good you did in the Congo and am hoping to have a long conversation with you and your wife about your many projects. My feeling on the hardness of this project: it became what it needed to be. I feel that April 14th, 2019 (temple dedication) marked the beginning of a major speeding up of the work in the DRC. This film always belonged to the Congolese. We Americans needed to be in a supportive position, not a directive one. The real work is the Lord's, and He will glorify any of our little offerings. So grateful for you!

Margret, we are thrilled to see this come to fruition. You have endured a lot. We learned first hand while serving there that everything in Africa is hard. I often joked that Murphy had been born there. I have loved following your progress and look forward to seeing the film but are currently serving in the Paris Temple Visitor Center. We will hope to see it upon our return... It has been surprising to find us still gather African Israel here in France where so many have fled.