Heart of Africa: A Film Director in a Country Without Cinemas | Meridian Magazine 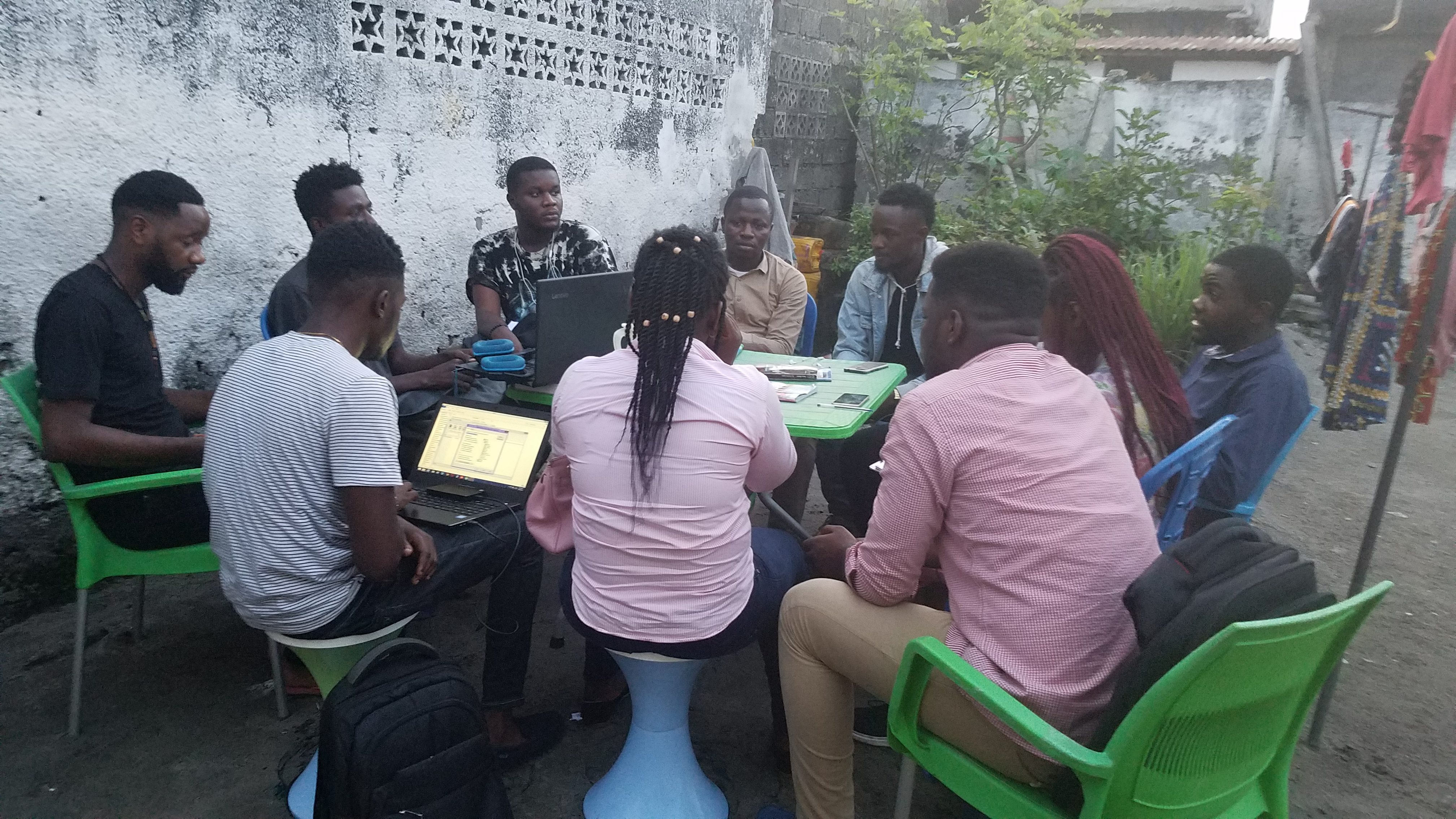 Heart of Africa: A Film Director in a Country Without Cinemas

Heart of Africa is a film with a cause. Based on the true story of a former revolutionary in the DR-Congo who became a missionary for the Church of Jesus Christ of Latter-day Saints, it is a tale (with fictional liberties) of self-discovery, brotherhood, and redemption. The producers have an additional objective in making and screening this film in the Democratic Republic of the Congo before it screens in the USA. It is one of few if not the only feature film made by a fully Congolese team in the Congo.

When audience members in the DRC see it, it will be the first time most have seen a film in any sort of movie theater, and certainly the first made by their compatriots in their own country. In many communities where it will screen, it will be the first movie any in the audience has ever seen. Heart of Africa will offer a communal dream, not the isolated viewing of a dubbed film in a laptop computer for the few who can afford it. The filmmakers aim to help establish the film industry in the DR-C and to build simple cinemas which can also be used as schools in the poorest communities there. Film can reach into places where humans won’t go for years. Heart of Africa will do exactly that.

In 2014, I visited the Democratic Republic of the Congo for the first time to attend the wedding of Aime Mbuyi, a former revolutionary who I had corresponded with while he served as a missionary in his country. I found his story compelling—the conflict of a man who loved his revolutionary leader and yet had also become converted to the Church of Jesus Christ of Latter-day Saints. His decision to leave the revolutionary group was not an easy one, and his love for his former leader was not diminished—something I would learn years later when I met the leader for myself and learned to understand his motivations.

As we prepared for the wedding—the bride price, the civil ceremony, the religious ceremony in the LDS Church, and ultimately the sealing in the Ghana temple—Aime took the time to introduce me to a filmmaker in his country, a man his own age who had defied the odds. Who would decide to become a filmmaker in a country without cinemas? Tshoper Kabambi had fallen in love with film as a young man when he saw a Bollywood movie on his wealthy aunt’s television. With one exception (to be detailed later in this series), he had never lost that dream.

Aime and I drove to Tshoper’s office—a good-sized room with an old computer and several movie posters. On a shelf was a single trophy—an award given to Tshoper for his short film, Mbote—Lingala for “Hello.” (Lingala is the dominant dialect in the DRC.) He had won the award earlier that year and had been flown to Paris by the French embassy to accept it.  That was not his first visit to Paris; he had attended a film workshop there in 2012. That year marked the first time he had ever stepped inside an actual cinema. Even after the film ended, Tshoper remained in the theater. When a custodian urged him to leave, he said, “Please. I have never been in a movie theater before. Let me stay just five more minutes.”

Thirty years earlier, there had been cinemas in the DR-Congo, three in the capital city of Kinshasa. In the intervening years, though, war and political upheaval had disrupted every part of life, and the theaters had been abandoned. By 2014, the old cinemas were decrepit, housing only rats.

As my meeting with Tshoper ended, I asked him to pose for me with his trophy. He did.

The trophy is at his home now, protected in a box. He no longer has the office where I first met him. Tshoper’s filmmaking teammate, who was responsible for rent, was imprisoned because of his politically challenging journalism, and the other team members didn’t have money. So, they started meeting at Tshoper’s home. Following are photos of that home and of the team meeting there. They could meet only once weekly, and only on evenings when electricity was scheduled for the neighborhood. Nonetheless, the team members helped each other write, shoot, and produce ten films, several of which went on to win awards in film festivals (including others of Tshoper’s movies). The winners couldn’t attend the festivals themselves, but their films, sent online, could still be viewed.

The goal was never to make anyone rich. It was to find a way to make movies in a place with no cinemas and no training programs.

Why would it matter to have film in the Democratic Republic of Congo? And when we say “film,” we mean their own creations, featuring their own people and their own languages.

A film can inspire and even heal—vital possibilities in a country plagued by disease, political disruptions, war, extreme poverty, and a pervasive survival mentality, which relies more on luck than on planning. Filmmakers, operating in creative collaboration, learn not only team work but resourcefulness. After all, the gifts of imagination include expansion of the imagination itself.  In the DR-C, films about the Congolese—made by Congolese—can also offer dignity and validation to the creators and to the audience.

When Tshoper Kabambi had gone to Kinshasa’s National Institute of Arts several years earlier and announced that he wanted to become a filmmaker, one of his professors had said, “We don’t have film programs! That’s for rich people! Don’t you realize you’re poor?”

Only momentarily discouraged, Tshoper considered how the students could create their own film program. Though he had no car and lived several kilometers from the institute, he began carrying a television with a VHS port to the school every day. It was easy to purchase foreign films on VHS tapes; China sold them everywhere. So, the students could look at the movies, observe the lighting and camera angles, and critique the plotlines and direction. Using the television and VHS movie tapes, they would train themselves. A Belgian film professor did visit briefly, but left in frustration because of the undependable electricity, the lack of reliable internet, and the challenges of a country without infrastructure. Only a Congolese native could see beyond the obvious and dream an impossible dream—and, with the help of God, have it realized.

Of course, there were temptations. Tshoper was once offered the tantalizing sum of $2500. to make a film. However, the money came with strings.  It had to be filtered through a government official first. The official assured Tshoper that he would get the money—or at least some of it. One-third, to be specific. The official wanted the other two-thirds and explained that “everyone needs something.”  Tshoper considered the offer for only a moment, and then declined with the words, “This country is falling apart because of corruption. If I go along with this bribery, I only help my country become more corrupt. I will not help my country become more corrupt.”

His friends were dismayed and then furious, but Tshoper was unyielding. They would establish their business without succumbing to the inevitable temptations.

So, tooled with his moral code but no funding, he and four of his associates established Bimpa Productions. They insisted that it would not be for the benefit of any one person but for all. They were able to rent camera equipment and started offering free workshops to anyone who wanted to learn about filmmaking. They also went to orphanages to inspire the children with what a movie camera could do.

It was a joyful time, but the realities of the Congo’s omnipresent corruption were looming. Tshoper himself would soon be thrown into jail—without any way to get word to his family—for filming without a permit.

I'm so excited for them!! I can feel the good vibrations half way across the world, and can't wait to know and see the fruits of their labor. A small pebble in a big pond creating ripples.

I'm loving this series. Thank you. It brings back memories.