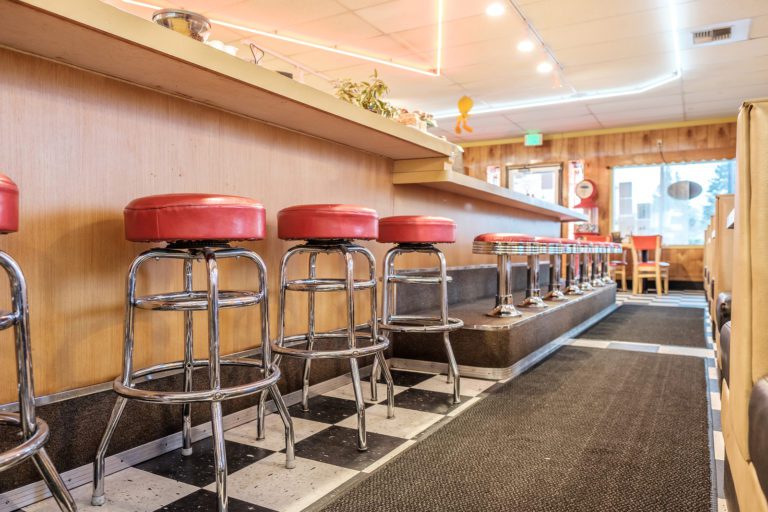 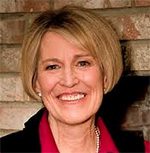 My Dad had an amazing capacity for work, and he wanted his children to grow up with the same strong work ethic he had learned from his own father. Money was scarce in our family and we learned to work for the extra things we wanted, which turned out to be a great blessing for us.

When my older sister was in high school, she was having a hard time finding a summer job, so Dad decided he would build her a little hot-dog stand. But, always a visionary man, he ended up building a full-sized restaurant that all of us, including my mom, worked in for years to come. As he got older, Dad seemed to prefer working at the restaurant rather than building homes during the cold winter months.

In the fall of the year that I turned fourteen, I was working at our restaurant one Saturday morning when a man came in and ordered coffee. He looked disheveled, and his clothes were dirty, and he lingered over his coffee an unusually long time. My dad, sensing that the man did not have enough money to order a meal, offered to fix him some lunch but the man refused. Eventually, however, he stood up from the counter and said that if Dad had any work for him to do, he would be glad to work for some food. Dad told him he had a number of odd jobs that needed to be done, and he fixed the man lunch.

The man worked out behind the restaurant all afternoon, clearing an area of brush and weeds. Evening came, and another meal. The days turned into weeks, and the weeks turned into months and the man stayed. His name was Stanley.

Dad found all kinds of jobs for Stanley for do. He had him remove brush and rocks on the hill behind the restaurant, that didn’t really need to be cleared. He had him peel potatoes in the back room for the French fries, help us wash the dishes, and mop the floors. When Dad found out that Stanley was sleeping in the field behind the restaurant, he put a mattress in the storeroom in the back of the restaurant and let him sleep there. When the weather finally got cold in the late fall, Dad fixed him a little bedroom in the unfinished basement portion of our home that he had planned to someday turn into a garage. It wasn’t fancy, but it was warm, and Stanley was safe.

I can still remember Christmas that year and the lump I felt in my throat as Stanley expressed appreciation to my dad for buying him some very practical things like shirts and underwear.

Dad learned that Stanley had served in the war, and it wasn’t long before we saw signs of post-traumatic stress syndrome and some mental disturbances. He would occasionally have spells, skipping back and forth, screaming and swearing at someone who was not there.

Sometimes the spells occurred in the evening, in the basement of our home. Other times he would have a spell at the restaurant during a crowded lunch hour. It was as if he was under attack, and was fending off the enemy with his voice. As teenage girls, we would protest his antics to Mom and Dad, particularly when it happened while we were working at the restaurant. We were embarrassed by his screaming and swearing, as customers would look at each other quizzically. But it never seemed to bother Dad. He would just laugh and say, “Oh that’s just Stanley – he’ll be okay in a few minutes.” It often just took my dad walking into the back room to calm him down.

Our restaurant was open every morning for breakfast – except on Sunday – when we opened at two in the afternoon. After church, Dad would often stop at a diner about two blocks from our house to have some breakfast. One Sunday morning, a state trooper stopped in at the same little diner and, seeing my dad at the counter, asked why he wasn’t at our restaurant.

Dad told him that we didn’t open until the afternoon on Sunday. But the trooper replied that the restaurant was open because he had just driven by and there were several cars in the front. Dad quickly drove to the restaurant and found Stanley taking orders and making people breakfast. He had forgotten it was Sunday and thought my dad had overslept, so he just opened the restaurant himself.

Did Dad’s expectation that good would come from everything somehow have an empowering effect on the people around him? It seemed to. Dad trusted people – he believed they would not let him down, and they rarely did. On those few occasions when people were less than they should have been, he reassured us that “Good will come from this.”

The next spring, in May, we traveled to Indianapolis for my sister’s wedding. Before we left, Dad told Stanley how long we would be away, and that the restaurant would be closed for a week. We returned home to find that Stanley was gone.

It is such a simple story. A man was in need, and my dad took him in. He gave him food and clothes, a place to live, and treated him with kindness and respect. Dad knew very little about Stanley’s past, and as far as we know, he never heard from him again. It is a story I have shared with my own children many times and for many different reasons. But at a very young and impressionable age, my father gave me a great gift. He taught me the meaning of compassion, without ever saying a word.

Portions of this article were taken from Chris Hall’s book, The Song of my Father (Springville, Utah: Cedar Fort, Inc. 2015). Used by permission.

Beautiful. It would be nice to know the rest of the story, just as you would like. But the main message is to have compassion and serve. Thank you. Your father was a great example -- and your mom.

Chris's father was a very Christlike man and such a good example to all of us. Chris is so much like her father -- a wonderful mother and friend.