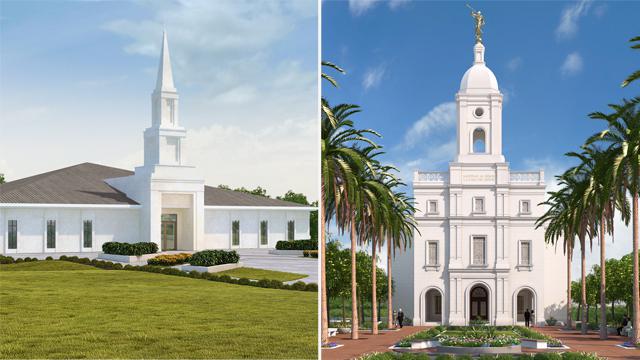 Groundbreakings for Kinshasa and Barranquilla Temples Set for Early 2016

The First Presidency of The Church of Jesus Christ of Latter-day Saints has announced that temple groundbreakings will occur on two continents in February, in Africa and South America.

Ceremonies of turning over shovels of dirt to signal the beginning of construction will be held for the Kinshasa Democratic Republic of the Congo Temple and the Barranquilla Colombia Temple.

Both temples were announced at the Church’s October 2011 general conference.

Attendance at these ceremonies is by invitation only, with the general public invited to view the proceedings live from local meetinghouses.

The groundbreaking for the Kinshasa Democratic Republic of the Congo Temple is scheduled for Friday, February 12, 2016.

Africa currently has three temples in operation — in Ghana, Johannesburg and Nigeria — and two others have been announced in the Ivory Coast and Durban, South Africa.

The groundbreaking for the Barranquilla Colombia Temple will take place on Saturday, February 20, 2016.

This will be the second temple in the South American nation. The first one is located in Bogota.

Additional information for the groundbreakings will be provided by local leaders in the coming weeks.

After completion, open house dates will be announced so the public can tour the temples before they are dedicated. Dates for dedication will also be announced.

The Church currently has 148 temples in operation.

For more information about temples, visit www.mormontemples.org. The site includes general information on temples, the history of the Church and the purpose of temples. This site will also provide specific information about the Kinshasa DR Congo and Barranquilla Colombia Temples as it becomes available.