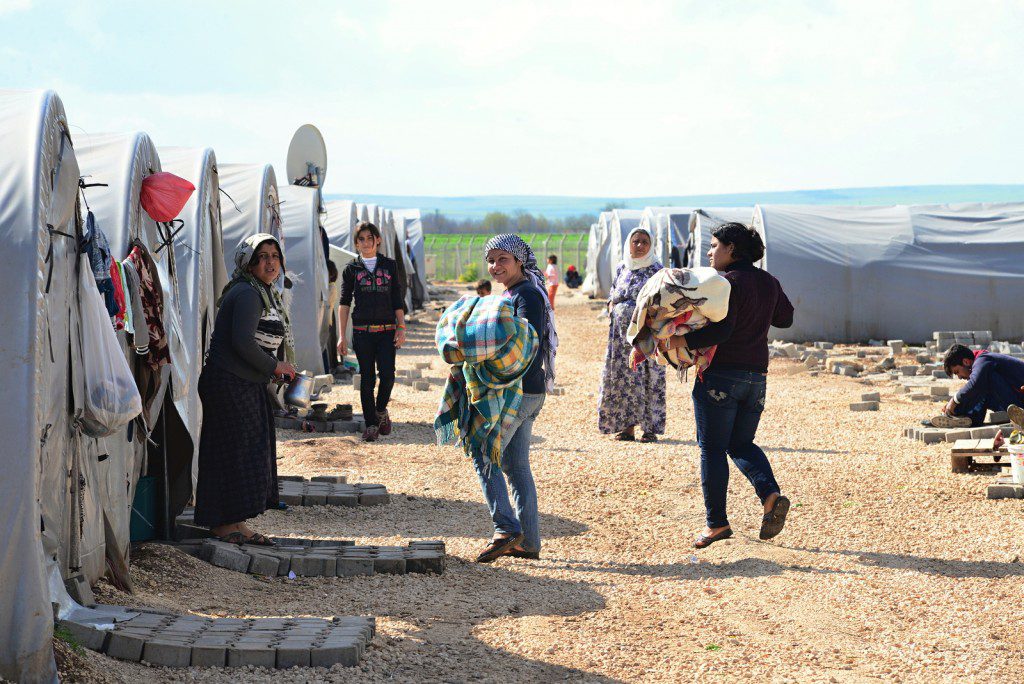 From the Alliance Defending Freedom:

STRASBOURG, France – Last Wednesday, the Parliamentary Assembly of the Council of Europe adopted a resolution condemning the actions of ISIS in the Middle East as genocide. The resolution “Foreign Fighters in Syria and Iraq” states that ISIS “has perpetrated acts of genocide and other serious crimes punishable under international law.”

“The Council of Europe has responded to clear and compelling evidence that Christians and other religious minorities in the Middle East are victims of genocide,” said Laurence Wilkinson, legal counsel for ADF International, who was present during the vote. “Hopefully more institutions will follow this example to ensure swift and strong action is taken by the international community to save lives in the region.”

This week, the European Parliament will also vote on a resolution concerning the plight of Christians in the Middle East. Dutch Member of the Parliamentary Assembly Pieter Omtzigt introduced the amendment, which makes clear that ISIS has been committing genocide.

“Under the UN Convention on the Prevention and Punishment of the Crime of Genocide, countries are obliged to take positive action to prevent crimes of genocide,” Omtzigt said.

Genocide is considered the “crime of crimes” in international law. According to the UN Genocide Convention of 1948, it refers to specifics acts committed with the intent to “destroy, in whole or in part, a national, ethnic, racial or religious group.” The resolution was drafted in response to the targeting of religious minorities in the Middle East. The number of Christians has dropped from 1.25 million to 500,000 in Syria and from 1.4 million to under 275,000 in Iraq in just a few years.

The resolution, unequivocally condemning the actions of ISIS as genocide, was passed by 117 votes for and just 1 against. Such clear support for the persecuted Christians and other minorities in the Middle East stands in contrast to the vague statement of Federica Mogherini, high representative of the Union for Foreign Affairs and Security Policy, addressing the European Parliament last week. Despite calls from more than 40 members of the European Parliament, the high representative would not use the strongest term offered by international law: genocide. The European Parliament is expected to vote on a similar resolution on the situation in the Middle East on Thursday.

“It is very important to see that an international institution representing an even larger and more diverse group of countries than the EU has recognized the ongoing persecution of Christians in the Middle East as genocide,” said Sophia Kuby, director of EU advocacy for ADF International. “We hope that members of the European Parliament will pay due regard to the clear message signaled by the votes of their colleagues in the Parliamentary Assembly.”