Grasping for Meaning on the Hardest Days of Motherhood | Meridian Magazine 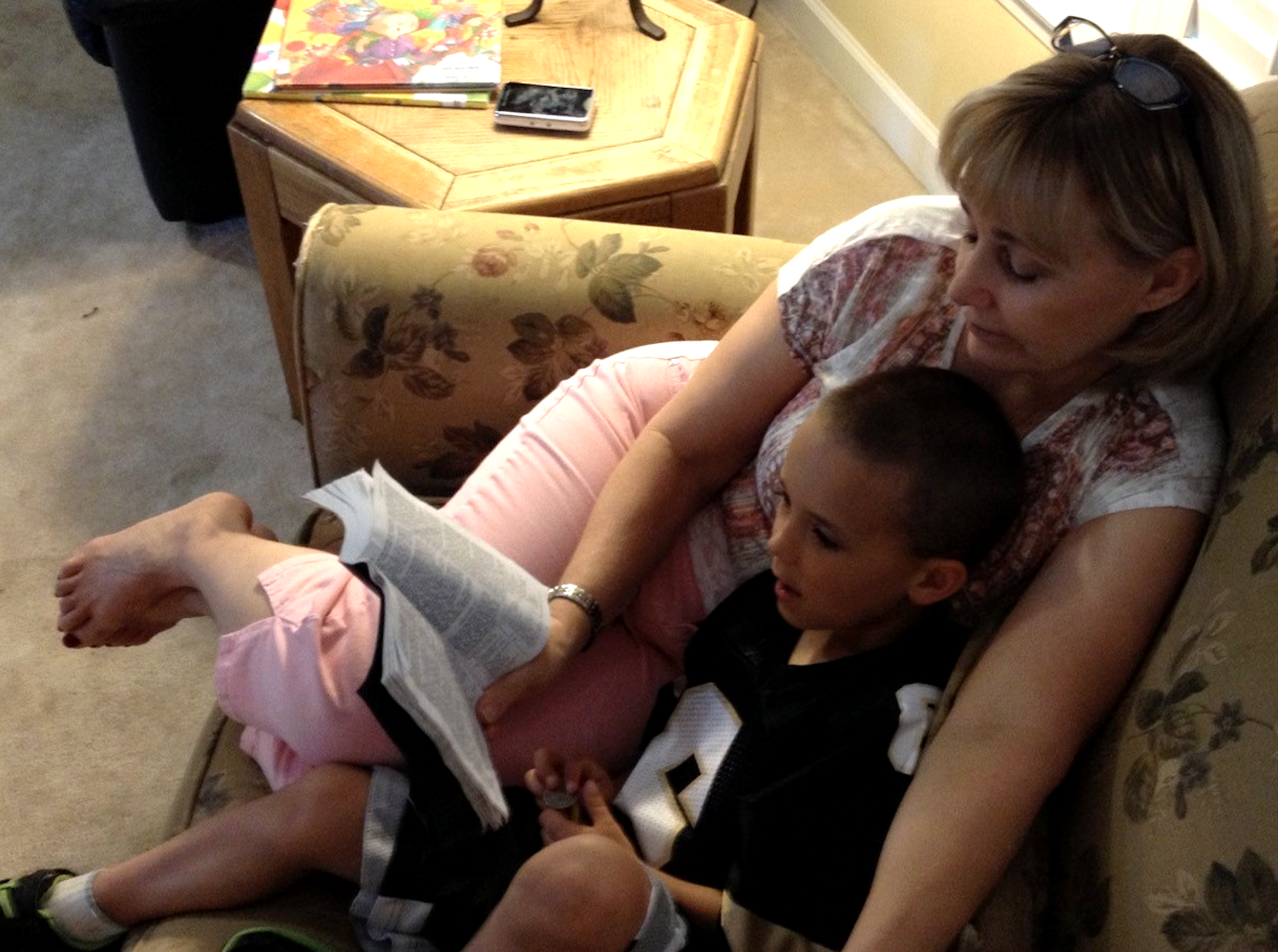 Grasping for Meaning on the Hardest Days of Motherhood

My last Meridian article was written about the eternal importance of what we consider to be small things.  While the article was about experiences on my mission and with a charity in India, I was surprised at the number of young mothers who wrote to tell me how refreshing it was to be reminded of the importance of the small things they are doing.  One of the comments that came into Meridian was obviously written not to me, rather, this mother was writing to her daughter, encouraging her in all the small things she was doing for her children.

Then the floodgates seemed to open up on my personal email account.  Some of the sweet Sister Missionaries who had served in our mission wrote.  My own daughter called.  She’s struggling with the decision to have another baby or take this time to get her PhD.  Other young mothers in my ward made similar comments to me.  They essentially spoke about the difficulty of finding meaning in their everyday lives of mothering small children. To quote one of our Sister missionaries:

I have felt lately that my life revolves around small things and seems harshly meaningless at times. Changing diapers, making dinner, playing Barbie’s and dinosaurs, singing ABCs, and putting Band-Aids on, sometimes I feel I am living in the movie Groundhog Day.

My article had clearly touched a nerve! My mind was immediately flooded with similar feelings that I struggled with for years, as the mother of ten children.  This sweet former missionary went on to write:

Your article reminded me of a short conversation we had on the mission. I had finally gathered up the courage to approach you and ask a deep question of my soul. I asked, “Sister Douglas, have you always had a big vision of things you wanted to do? Have you always had this great, big dream to change the world?” I asked because that was my dream and I wanted to know how you did it. Your answer was not what I expected. You responded, “You know, whether I am starting a charity that will help 100,000 people or taking care of a neighbor who needs a listening ear—it is the same. It isn’t the what, it’s the how, and even more important—the why. When we think that we want to do something big, we forget what it is really about. That’s what the Savior did.”

I just want to thank you for the reminder that there are no small things when done with great love. I have never needed to hear that more than now.

Because this is a month when we honor mothers, I thought maybe I could share my response to this former Sister missionary.  I share this with a bit of trepidation because I am well aware of the many wonderful Sisters in our Church who have not yet been blessed to become mothers. I work with the Mid-single adults in our Stake and love these incredible people who push on in faith in a family-centered Church where they sometimes wonder if they belong.  Several of them have shared their heartache at not being able to be married or to be mothers.  I know these are tender feelings.

I also know women who have recently lost their mothers and feel lonely, other women who did not have a good relationship with their mothers and feel cheated.  I know women who wish they were better mothers and others who wish they were not mothers.  Many of my friends feel forlorn because their children have left, and they are empty nesters.  I know mothers who have lost children to sickness or accidents.  Some of them seem inconsolable.  Motherhood is definitely a minefield of deeply held emotions!  Fortunately, along with our various roles in regards to motherhood, as Sisters in Zion we have a wonderful sisterhood to support us. But this article will be directed to those mothers with young children who sometimes wonder about the meaning in their lives.  I responded to this former missionary of ours with these thoughts:

I’m sure you remember that one of my favorite quotes was by Mother Teresa, who said, “We can do no great thing, we can only do small things with great love.”  I am a firm believer that when we serve with love, in even the smallest ways, the principle of the “loaves and fishes” comes into play.  In some wonderful way, God takes our small efforts and magnifies them.  He makes them figuratively feed the 5,000.  I am constantly amazed to be contacted by people I knew years ago, who will repeat an anecdote of an interaction we had and mention how helpful it was to them at the time.  I believe ALL our lives are that way!  The simple things we do and say; the changing diapers, the making dinner, finger-painting, etc. all help to form bonds that may help bring our kids and our friends through this life with their testimonies intact.  And with our own testimonies intact!  That goal gets to be more and more challenging every year!

I have a dear friend who struggled with an insidious cancer.  When it was clear that she was not going to win this battle, her husband asked her if she would like to go on one last vacation with him—to anywhere in the world her heart desired.  Her response was so incredible.  She said “I just want to stay here and cook dinner for my kids and play with them and have family prayers.  These are the things that are most precious to me.”  Though she lived a much shorter life than I have, she had a lot more wisdom!

As the mother of ten, I can readily identify with the fear that life is being swept away with the demands of a family.  I remember telling my husband one time that I felt like I was spending my life taking care of mouths and bottoms!  Nursing, food, and diapers.  There were times when I felt that my mental abilities were sliding into mush.  I felt that if I read ” Are You My Mother?” one more time, I would lose my mind.  My mind’s intelligence level had slid to the level of “Goodnight Moon”, “Duck, Duck, Goose”, “The Best Nest”, “The Cat in the Hat”.  For real excitement I got to read, “Where the Wild Things Are!”  As a violinist, I actually saw my skill going backwards.  My days could be counted by the number of loads of laundry I did.  There were times when, in the middle of the night, I would quietly wonder who I was and what difference my life was making?

Now, as I watch my children with their own children, I am astounded at how those bonds created years ago, are now being passed down to another generation.  The happiest times I spend now are the times I can carve out for family time.  I can never have my grandchildren around enough!  I cherish each precious moment with them.  Our children and their spouses are my favorite people, and definitely the first to call when we want to go on a vacation or even just to an exhibition on Picasso.  I laugh along with them when they recount silly mistakes I made as a parent.  There were so many disasters back then, that now seem hysterically funny.  With time, I can see how each interaction with a child helped create the fabric that would become the beautiful tapestry of a wonderful adult individual.

I believe it was the fierce protectiveness of my children and their feelings that led me to respond to the distress of the leprosy-affected when I visited India.  I had learned what it meant to be hurt by rejection.  I hurt, along with the leprosy victims begging on the streets of India, just as I hurt when I saw my own children being hurt or left out.  I had learned to care for others, instead of only for myself.  It was the skills I had learned as a parent that enabled me to respond to these sufferers.  It was natural and easy to love and interact with their children.  These are the small things that got them to trust me.  Without that trust, I would have been impotent to eventually be able to help them lift themselves.  And yes, I have spent many hours reading “Are You My Mother?” to kindergartners in our Indian schools, struggling to learn English!  I love to share the simple books with them and watch as their minds are opened to an entirely new language.  There is a magic in those books, after all!

I noticed in my work in India that the leprosy patients often called Padma (our Indian partner) “Ama”.  I once asked her what it meant.  She told me that the greatest honor Indians believe can bestowed upon a woman is the title, mother.  Ama is the Tamil word for mother.  I asked one tiny leprosy-affected woman once, why she called Padma, Ama.  Her eyes widened, she looked directly at me and smiled. “It is because”, she said with emphasis, “Padma has given us back our lives. She is as our mother.”

Padma has been called many things: “Ambassador” (She was the Women’s Ambassador to the UN for 20 years), “President”, (she is President of multiple national and international organizations), “Madam Chairman” (she was the Chair of the Council of Women’s Affairs at the UN) and many other titles.  She was the daughter of the President of India and visited dignitaries around the world on behalf of the President of India.  Yet she humbly confided to me that the one title that brings her the greatest joy is the simple word, Ama.  That’s because Ama is a title that can only be earned through unfeigned love.

It’s an interesting training program God has developed for us!  As we struggle with our own children, I am reminded that He also has children who sometimes don’t obey, who question everything, and even actively rebel.  In fact, looking at the world today, we might think He might be completely discouraged and heartbroken.  Yet He loves them through it all.  His greatest work, He tells us, is with these children of His.  This, from the creator of the entire universe!  This, from the personage with the greatest impact in the universe!!

I suspect that these simple interactions we have with our children are the building blocks of how we will deal eternally with our children in the Celestial Kingdom.  It’s our training program to learn to love unconditionally, to have compassion, and to care about others above our own desires.  It’s a demanding program!  Sometimes it requires that I now read, “Are You My Mother?” a million more times to my grandchildren.  The difference is that now I understand how critically important these sweet moments are.

So, hang in there, my friend!  You are an incredible example to me, (and I’m sure to a million others!).  I’m confident that you will have a remarkable impact on the world, simply because I know that God does not waste talent!   He, more than anyone, knows what He is training you for.  It will be fun for me to watch you take your place in effecting meaningful change in the world.  You will be effective at it because you will have learned how tender feelings are and how careful we need to be of them.  You will have learned this from your children.  There is remarkable eternal purpose in all of this!