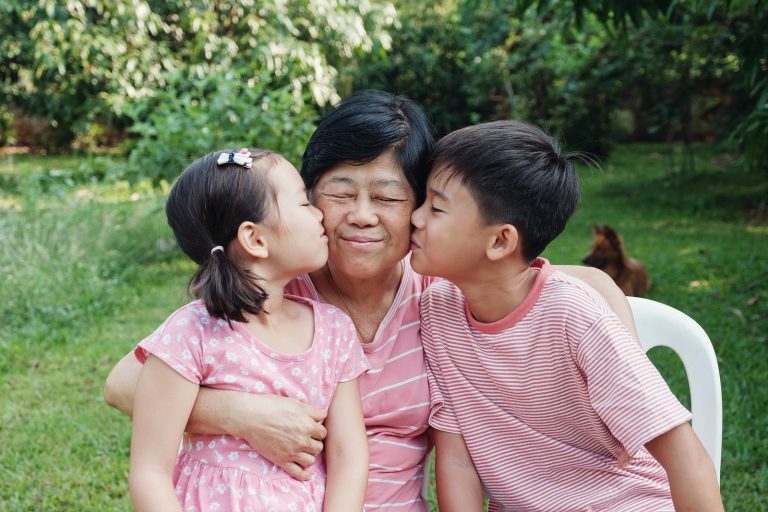 Author’s Note: This article it is all Linda, with Richard cheering her on from the sidelines—more for Granddads next week.

Editor’s note:  This is the seventh in a series of Meridian Articles to and about grandparents.  See the first six articles at 1, 2, 3, 4, 5, and 6.  A new article runs each Tuesday.  Richard and Linda, who spend more and more of their time these days writing and speaking to Grandparents, would appreciate your feedback (via comments) on each of these articles.

We love your inputs!  Here are a couple of questions to respond to by commenting on this article:  1. Do you have any special, traditional times each year that you spend with your grandkids?  2.  How important is it to help form “cousin bonds” between your grandchildren?

Looking back over my twenty plus years of Grandmothering, I’ve realized that the best investment of my time, and the most fun I’ve had with our grandchildren has been through what I have called Grammie Camps. They have become a way to create lasting relationships and treasured memories with our grandchildren.

In preface, I must say that every grandparent/grandchild relationship and situation is different. I’m pretty sure not many readers will have thirty grandchildren who live from Zurich and London to New York City and Hawaii—and because they are so spread out, I try to cram in a lot during the two weeks we are all together each summer, and the key to it all is Grammie Camps!

The kids are invited to come to Grammie Camp the year they turn five and we look forward to those times together all year. I have tried a lot of ideas to make our time together memorable. If you’re up for it, pick and choose from the smorgasbord of ideas below that might fit the needs and ages of your own grandchildren. Or even better, use some of these suggestions as a springboard to create your own ideas, depending on your circumstances.

Here are a few things that have worked for me:

Of course, through the years, there are also precious one-on-one times spent with each of our grandchildren that neither of us will ever forget but I realize that this group time in Grammie Camps pays real dividends every time I hear from one of our twenty-year-olds reminding me of how our relationships with each other were deepened and solidified during those glorious times we spent together at Grammie Camps.

The Eyres have 31 grandchildren and counting, so they have an ample laboratory to test their grandparenting ideas.  Their Mission Presidency in London also resulted in another 500 “children” so if you count the children of those missionaries, Richard and Linda may actually have thousands of grandchildren. At any rate, they want to share thoughts from you and hear thoughts back from you, so please comment on this and future articles. To learn more about what Linda and Richard are doing, go to www.TheEyres.com.

We called ours "cousin camp"and it involved whole families and the grandparents. Hard to do now as they are so spread out and the great grandchildren are arriving. I have been most pleased with the closeness of the cousins. Of course the ones who live close are even closer but they all keep in constant touch with the help of todays technology and overcome the distance. For one on ones, for years the grandchildren who live closest receive a date with grandma as their birthday present. Love them all as a group but wonderful to get to spend one on one time with them.

I love this idea. I wondered about logistics, such as, do you have other adults helping you? Does the Grammie camp go for 2 weeks? How do you handle meals? Are these details covered in your book "Grandmothering"? I'm planning on buying the book. Thank you for these wonderful articles on Grandparenting !!