God is in the Details: A Surprising Story | Meridian Magazine 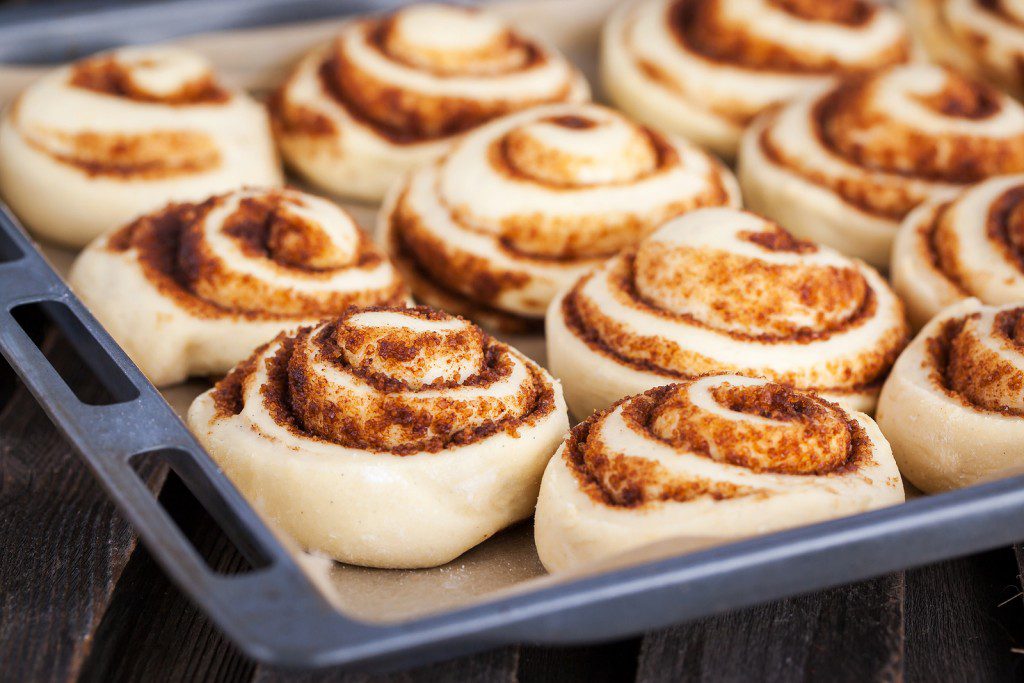 God is in the Details: A Surprising Story

Zona Cannavo had a remarkable experience. She writes:

“One normal, sunny, Monday morning, after sending my sweet husband out the door for a business trip, and getting my son off to school, I was ready to begin my day!

“I had a day of errands planned, and was going to start my day on the treadmill. As I was putting on my second shoe, I had a very strong impression to make cinnamon rolls. I thought, why in the world would I think that?

“Once again the thought came to me to make cinnamon rolls. I thought to myself…I am getting on the treadmill!!

“Then very clear….NO treadmill…do it now, it is urgent!! I started speaking out loud, ‘But I don’t want to make cinnamon rolls…they take forever…who are they for anyway?’

“And the last thought….’I do not make the best cinnamon rolls, who would want them?’

“Needless to say…I did not get on the treadmill that morning. I truly could not make the dough fast enough, and still had no idea who I was making them for. As the dough was rising, I hurried and showered, and speedily got ready.

“I became excited not knowing what was next, and the process seemed to be going so slow. What surprised me, was the love I felt for whomever they were going to. I prepared a box, and made it look pretty. When I took the rolls out of the oven, I was thrilled!! They were the most beautiful, fluffy, perfect rolls I had ever made!

“After frosting them, it was that feeling again–to move fast, hurry, put them in the box…go now!

“The presentation was beautiful, they were warm, and I flew out the door. As I was putting them in the car, one of the kids pulled in the driveway. I said, ‘You have to move your car now.’

“‘Where are you going,’ they asked?

“’I don’t know, but move now please.’ They looked at me like I was nuts! I thought the rolls were going to someone in my ward, yet as I was driving, I was driving away from my ward and stake boundaries. I drove for a few minutes and was coming to a round about.

“Ok… there are four roads here. What now? I felt like the car was being driven by someone else. I took the third road off the round about. I went for just a moment when a big SUV pulled out in front of me, almost hitting me!

“My first thought was not nice. Then I got the most overwhelming, peaceful feeling. As I looked at the car in front of me, I recognized the license plate, it was a California plate. Right then I knew my cinnamon rolls were for this vehicle.

“I followed the car closely. Then it turned on a street and parked in front of a home. The lady got out of her car, and I knew her! She had been my visiting teacher in California, and her husband my home teacher, for many years. I loved this family.

“For the 18 years I lived in California they were so good and kind to my family. I wished many times there was something I could have done for them before I moved to Utah.

“We both were shocked to see each other. We hugged. I asked what she was doing? She said her parents lived here, and she was in town because her mom had died.

“She said her dad was having a hard time, and he had said minutes before I arrived that he sure missed his wife’s cinnamon rolls, and wished he had a warm roll to comfort him.

“She had stopped at the home to get her sister in-law to go buy cinnamon rolls. Then she asked what I was doing? I could not speak, because of the emotions that took over. All I could do was hand her the box of warm cinnamon rolls.

“I learned so many things that day:

“1) I did not do anything big or grand that day. The wisdom of the spirit is big and grand!

“2) Heavenly Father knows every detail of our lives including the timing of when things should happen.

“3) Heavenly Father uses regular people like you and me to be his hands to serve here on earth. I know without a doubt he loves us, he notices us, watches over us in ways that we humanly could not do on our own without guidance from above.

“4) I will never argue with or ignore a prompting again. I am so glad I followed the Spirit that day. I am so grateful I did not miss the opportunity to serve, because I am the one that got blessed that day.

“I need to add that even the smallest prompting of giving a hug, a smile, or stopping by someone’s home empty handed has made just as big of an impact on me.”

We worship a God of enormous capacity. Elder Neal A. Maxwell said, “Amid the vastness of his creations, God’s personal shaping influence is felt in the details of our lives.” In this case he knew that a grieving widower needed warm cinnamon rolls one morning—and he knew who would listen to his Spirit and supply them.

Cinnamon rolls are a small thing. Minute, really, when you consider “the details of the galaxies and the molecules” in his hand. But they made a man felt loved and noticed on that bright morning when he needed it most.

He said, “Recall the new star that announced the birth at Bethlehem? It was in its precise orbit long before it so shone. We are likewise placed in human orbits to illuminate.

“Part of God’s ‘ample provision’ consists of imperfect people like you and me, committed to shining and serving in our appointed orbits, knowing all the while that we are encircled “in the arms of [His] love” (D&C 6:20).

Loved this experience of promptings and heeding the voice within. Being in tune and sensitive to the needs of others even when they just need a friend or their spirits lifted can help us to "be our brother's keeper(s)." Now, please share with us this yummy looking cinnamon roll recipe!!!!

Maurine, I love this story. It demonstrates that we are all our brothers or sisters keeper. I have had a few promptings about making certain foods and meals-- also not knowing why. A few years ago I opened a package of 12 frozen pork chops and began to cook them and then proceeded to prepare all the fixin's to go with it, gravy and all. In the door walked my husbands parents and his brother and family, who surprised us from out of state. My mother-in-law commented over the years how she loved that meal. It was a sweet feeling to have honored the prompting, no matter how unusual.