General Conference: A Plea to the Sisters—Arise! | Meridian Magazine 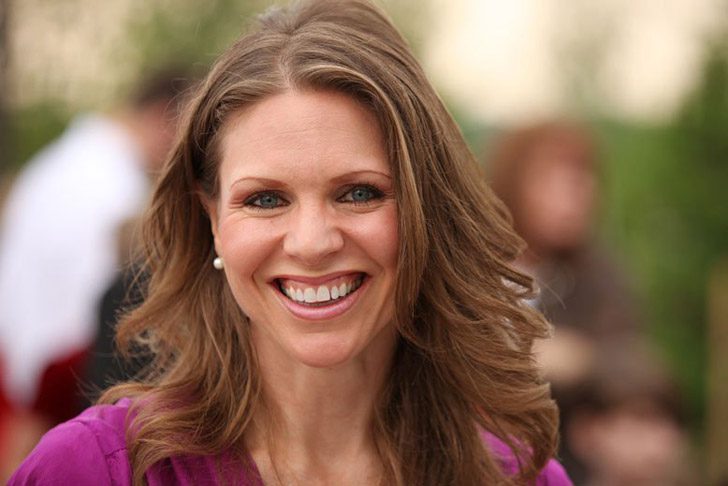 General Conference: A Plea to the Sisters—Arise!

Behold Thy Mother
By Elder Jeffrey R. Holland
Of the Quorum of the Twelve Apostles

Prophesying of the Savior’s Atonement Isaiah wrote, “he hath borne our griefs, and carried our sorrows.”[i] A majestic latter-day vision emphasized that “[Jesus] came into the world . . . to bear the sins of the world.”[ii] Both ancient and modern scripture testify that “He redeemed them, and bore them, and carried them all the days of old.”[iii] A favorite hymn pleads with us to “Hear your great Deliv’rer’s voice!”[iv]

Bear, borne, carry, deliver. These are powerful, heartening Messianic words. They convey help and hope for safe movement from where we are to where we need to be—but cannot get without assistance. These words also connote burden, struggle, and fatigue; words most appropriate in describing the mission of Him who, at unspeakable cost, lifts us up when we have fallen, carries us forward when strength is gone, delivers us safely home when safety seems far beyond our reach. “My Father sent me,” He said, “that I might be lifted up upon the cross; . . . that as I have been lifted up . . . even so should men be lifted up . . . to . . . me.”[v]

But you can hear in this language another arena of human endeavor in which we use words like bear and borne, carry and lift, labor and deliver. As Jesus said to John while in the very act of Atonement, so He says to us all, “Behold thy mother!”[vi]

Today I declare from this pulpit what has been said here before: that no love in mortality comes closer to approximating the pure love of Jesus Christ than the selfless love a devoted mother has for her child. When Isaiah, speaking messianically, wanted to convey Jehovah’s love, he invoked the image of a mother’s devotion. “Can a woman forget her sucking child?”[vii] he asks. How absurd, he implies, though not as absurd as thinking Christ will forget us.[viii]

This kind of resolute love “suffereth long, and is kind . . . seeketh not her own . . . but . . . beareth all things, believeth all things, hopeth all things, endureth all things.”[ix] Most encouraging of all, such fidelity “never faileth.”[x] “For the mountains shall depart and the hills be removed,” Jehovah said, “but my kindness shall not depart from thee.”[xi] So, too, say our mothers.

You see, it is not only that they bear us but they continue bearing with us. It is not only the pre-natal carrying but the life-long carrying that makes mothering such a staggering feat. Of course there are heart-breaking exceptions, but most mothers know intuitively, instinctively that this is a sacred trust of the highest order. The weight of that realization, especially on young maternal shoulders, can be daunting.

A wonderful young mother recently wrote to me, “How is it that a human being can love a child so deeply that you willingly give up a major portion of your freedom for it? How can mortal love be so strong that you voluntarily subject yourself to responsibility, vulnerability, anxiety and heartache and just keep coming back for more of the same? What kind of mortal love can make you feel, once you have a child, that your life is never, ever your own again? Maternal love has to be divine. There is no other explanation for it. What mothers do is an essential element of Christ’s work. Knowing that should be enough to tell us the impact of such love will range between unbearable and transcendent, over and over again, until with the safety and salvation of the very last child on earth we, too, can say with Jesus, Father! ‘I have finished the work which thou gavest me to do.’”[xii]

With the elegance of that letter echoing in our minds, let me share three experiences reflecting the majestic influence of mothers witnessed in my ministry in just the past few weeks:

My first account is a cautionary one, reminding us that not every maternal effort has a storybook ending, at least not immediately. That reminder stems from my conversation with a beloved friend of 50 years who was dying away from this Church he knew in his heart to be true. No matter how much I tried to comfort him, I could not seem to bring him peace. Finally he leveled with me. “Jeff,” he said, “however painful it is going to be to stand before God, I cannot bear the thought of standing before my mother. The gospel and her children meant everything to her. I know I have broken her heart, and that is breaking mine.”

I am absolutely certain that upon his passing his mother received my friend with open, loving arms; that is what parents do. But the cautionary portion of this story is that children can break their mothers’ heart. Here, too, we see another comparison with the Divine. I need not remind us that Jesus died of a broken heart, one weary and worn out from bearing the sins of the world. So in any moment of temptation, may we “Behold [our] mother” as well as our Savior and spare them both the sorrow of our sinning.

A Plea to My Sisters
By President Russell M. Nelson
President of the Quorum of the Twelve Apostles

My dear sisters, you who are our vital associates during this winding-up scene, the day that President Kimball foresaw is today. You are the women he foresaw! Your virtue, light, love, knowledge, courage, character, faith, and righteous lives will draw good women of the world, along with their families, to the Church in unprecedented numbers! [xiv]

We, your brethren, need your strength, your conversion, your conviction, your ability to lead, your wisdom, and your voices. The kingdom of God is not and cannot be complete without women who make sacred covenants, and then keep them, women who can speak with the power and authority of God![xv]

“We need women with the gift of discernment who can view the trends in the world and detect those that, however popular, are shallow or dangerous.”[xvi]

Throughout my life, I have been blessed by such women. My departed wife, Dantzel, was such a woman. I will always be grateful for the life-changing influence she had on me in all aspects of my life, including my pioneering efforts in open-heart surgery.

Fifty-eight years ago I was asked to operate upon a little girl, gravely ill from congenital heart disease. Her older brother had previously died of a similar condition. Her parents pleaded for help. I was not optimistic about the outcome, but vowed to do all in my power to save her life. Despite my best efforts, the child died. Later, the same parents brought another daughter to me, then just 16 months old, also born with a malformed heart. Again, at their request, I performed an operation. This child also died. This third heartbreaking loss in one family literally undid me.

I went home grief-stricken. I threw myself upon our living room floor and cried all night long. Dantzel stayed by my side, listening as I repeatedly declared that I would never perform another heart operation. Then, around five o’clock in the morning, Dantzel looked at me and lovingly asked, “Are you finished crying? Then get dressed. Go back to the lab. Go to work! You need to learn more. If you quit now, others will have to painfully learn what you already know.”

Oh, how I needed my wife’s vision, grit, and love! I went back to work and learned more. If it weren’t for Dantzel’s inspired prodding, I would not have pursued open-heart surgery and would not have been prepared to do the operation in 1972 that saved the life of President Spencer W. Kimball.

My dear sisters, nothing is more crucial to your eternal life than your own conversion. It is converted, covenant-keeping women whose righteous lives will increasingly stand out in a deteriorating world, and who will thus be seen as distinct and different in the happiest of ways.

So today, I plead with my sisters of The Church of Jesus Christ of Latter-day Saints to step forward! Take your rightful and needful place in your home, in your community, and in the kingdom of God—more than you ever have before. I plead with you to fulfill President Kimball’s prophecy. And, I promise you, in the name of Jesus Christ, that as you do so, the Holy Ghost will magnify your influence in an unprecedented way!

[xiv] When I was born, there were less than 600,000 members of the Church. Today there are more than 15 million. That number will continue to increase.

Pres Nelson's talk was one of the most moving I have ever heard, and i'm sure it will be use over and over again. and maybe of men hear it enough they will learn something.