Gather the Women and Pray for Peace | Meridian Magazine 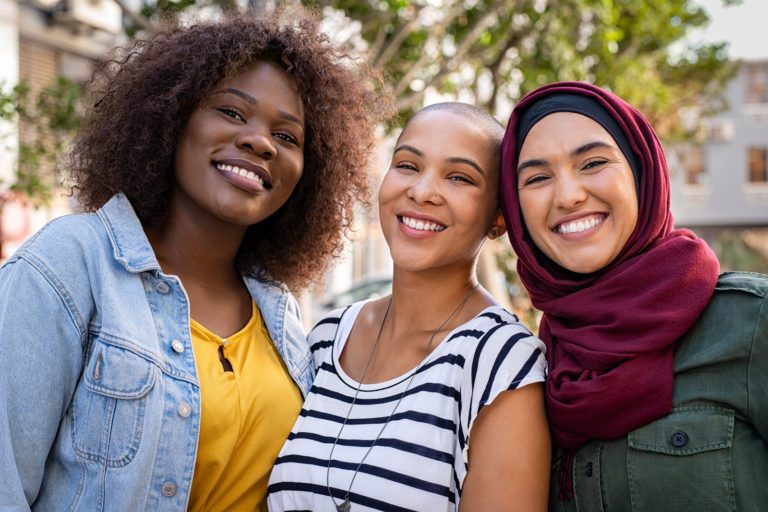 Gather the Women and Pray for Peace

At the recent United Nations’ Commission on the Status of Women in New York City, a short but powerful film premiered. Its focus was the irreplaceable influence of ordinary women’s efforts to secure peace after lengthy periods of horrific conflict in Northern Ireland and Liberia.

After 25 years of violent struggle between Protestants and Catholics, loyalists and unionists, it was a group of working and middle-class women who profoundly influenced peace efforts in Northern Ireland. Very few of them had ever been involved in politics, but they came together to organize the Northern Ireland Women’s Coalition. As one described, “It was peace that I wanted…this was about our lives, our futures, the futures of our children.” Many were bereaved of husbands or had sons, brothers, or fathers in prison, but they refused to pursue political agendas. Their whole focus was working towards peace, reaching an agreement, and bringing that peace home to their communities.

As women, they believed they were “the most experienced peace negotiators in the room.” As one leader said, “not biologically, but because that’s where we have traditionally been located in society…We sort out the problems between siblings. We sort out the problems across the street…” In the end they were not the dominant force in creating the Belfast Agreement, but they were a dominant force in changing the culture of conflict in Northern Ireland. By promoting peace and reconciliation, inclusion and cooperation, and made widespread acceptance of the Belfast Agreement a reality.

In Liberia, after 14 years of a relentless and bloody civil war, with 200,000 people dead, and a third of the population displaced, it was a group of women who launched the non-violent campaign for peace that eventually led to the conflict’s end. Their leader, Leymah Gbowee, dreamed one night that she was told by God, “Gather the women and pray for peace.” Women from Christian and Muslim organizations, from indigenous and elite classes, set aside decades of “learned prejudice” to unite together and demand that the warring parties find a peaceful solution to the conflict.

United by their “shared experience as mothers, sisters, daughters, and aunts,” they had endured the pain of watching their young daughters endure unbelievable atrocities, and their young sons recruited into violent warfare, drugged up, and forced to commit terrible atrocities. They refused to bear any more. Like the Northern Ireland women, they refused to take sides in the conflict; their only goal was absolute peace. In Gbowee’s powerful words, “We are now taking this stand…because we believe as custodians of this society, tomorrow our children will ask us, ‘Mama, what was your role during the crisis?’”

Dressed in white, having removed any visible distinctions of class or religion, thousands of them sang and prayed in the central fish market “for hours on end.” They lined the streets around the rebels’ hotels, refusing to leave until rebel leaders agreed to attend the peace talks. After months of dead-end negotiations, 200 of these women held a “sit-in” outside the building where the peace talks were held and physically barricaded the assembly room until the cease-fire was signed and the chief mediator promised to establish a peace agreement. Within two-weeks, “under the women’s demands and threats from the international community to deny much-needed funding,” a peace agreement was reached.

What we watched that day in a United Nations conference room underscored a profound reality about the nature and work of ordinary women. Grounded in their natural commitment to and awareness of others – their children, their families, their communities – these women were able to do what others had not. Transforming compassion into responsibility, they pursued peace above political gain and through determination and resilience rescued and transformed conflict ravaged nations. It was their relational ties, their familial bonds, rooted in their unique work as women, that gave them the strength, vision and capacity to do so.

As Bruce Hafen once wrote, women “have always lifted entire cultures” beginning at “society’s very core – the home.” But culturally we have spoken less about how women’s devotion to relationships prepares them to offer the voice and perspective that our world desperately needs. As women in Northern Ireland and Liberia taught us, we need to create a world where this gender gift is valued, nurtured and heard.

This article originally appeared in the Deseret News April 7, 2019. It is published here with permission.

wonderful article, 4 years ago we established a Freedom of Religion Commission in orlando and have had 4 Summits so far with up to 600 people attending. Our steering group has all the major religions and an atheist and we have gone from being sceptical to being friends and realizing how much we all have in common.