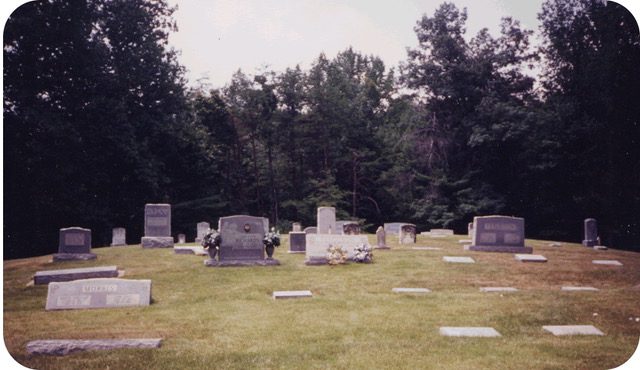 Rhoda was only an infant when her parents prepared her little body for burial. James and Harriet Ferguson lovingly carried Rhoda to the hill top where they laid this precious, baby daughter to rest. The year was 1843, and this burial would be the beginning of the James Ferguson Sr. Family Cemetery. Many would follow little Rhoda including her parents, siblings, and generations to come. 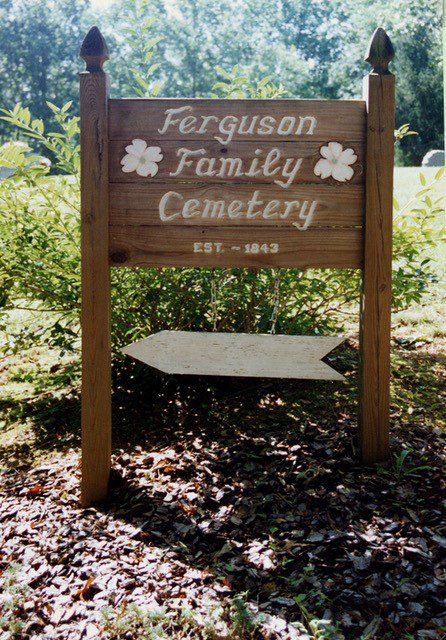 During the summertime when I was young, my mother would load up our old station wagon with bags, blankets, and children and head to Virginia to visit my Great-Grandma Ocie Ferguson Henderson. I always knew we were close to our destination when I recognized the winding, narrow road, leading down the hill toward her home and then the dirt road leading up to the cemetery.

As the summer sun faded, my siblings and I were herded up to an overstuffed bedroom at Great-Grandma’s house, with two full beds draped with old quilts. Late at night, my older sisters and brothers would tell stories about the ghosts in the graveyard on the hill. Listening with wide eyes peering out from under the blanket, they told me that at midnight, those who were buried would claw at the dirt and break through the ground! These spirits would wander around their headstones moaning their sorrow. “If you listen carefully,” they claimed, “you can hear them wailing on the voice of the wind.”

This family cemetery has become a place of connection for the Ferguson descendants. Near this sacred place, we have gathered annually for 70 years to celebrate our heritage, being drawn together by the commonality of ancestors who have been laid to rest on top of the hill. Considering this, I realize most families today do not have a family cemetery. Many may not have a clue where their ancestors are buried, or if they do, they may not know where these cemeteries lie. Is there any way of finding these forgotten cemeteries? Well, if you ask my cousin Dreama, she would give an undeniable Yes!

Living not too far from Great-Grandma Henderson’s former home-place, visiting Dreama at her house is quite an experience. Often, one can find her among stacks of books and folders, pouring over old documents and records. Upon one such visit, Dreama, with childlike excitement, invited me on an adventure searching for forgotten, but not completely lost, family cemeteries.

The first stop was near Owens Tank. We went traipsing through the woods to find the Owens Family Cemetery. We knew we were there upon seeing our Great-Great Aunt Paulina Owens’ grave since it was one of the few with a refurbished headstone. Most of the ancient headstones were gone or had completely crumbled. 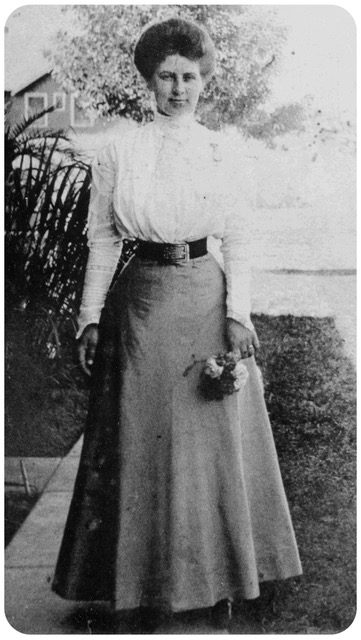 As I continued to explore this wooded, overgrown graveyard, I frequently found myself tripping over rocks. Dreama explained these were the foot-stones set to mark the individual graves. At the end of our exploration, we slid down the grassy, muddy hill on our rear ends to the railroad tracks, then headed for Cove Hollow to find the family cemetery where Oscar Owens was buried.

Besides climbing hills and cutting our way through the underbrush of the woods, Dreama would also knock on doors of distant relatives as we spied or knew of cemeteries on their land. This excursion with Dreama felt all too familiar as it reminded me of my mother who would bring us along on similar adventures when we were traveling in her home-state of West Virginia. She would randomly stop our car at people’s homes that had her maiden surname posted on their mailbox or a cemetery in their side yard, walk up to the house, and knock on the door to see if a long-lost relative would have a chat about their family tree.

As we traveled from place to place, I asked Dreama how she found these forgotten cemeteries. First of all, it is clearly one of her passions. Dreama explained she would ask the older folks who would have a recollection of such things or hear of someone who knew of an old graveyard. She also scoured a variety of records.

Since Dreama practically lived in Southern Virginia county courthouses and libraries at different times in her life, she explored land records, land surveys, property deeds, wills, and tax records to become familiar with those who owned land and the location of the land’s boundary lines. Dreama also poured over death records, searched for old church lots, and visited old funeral homes to examine their records.

After analyzing her findings and learning where these places could or should be, Dreama took to pure exploration through woods and brush on foot or knocking on doors of prospective relatives. With unhindered determination and ingenuity, coupled with her gathered knowledge, Dreama has been successful at pinpointing the whereabouts of “buried” cemeteries. 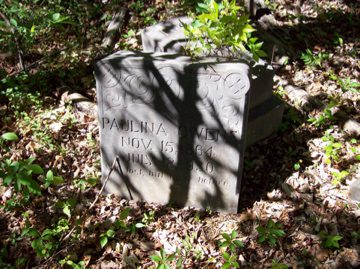 Only one cemetery alluded Dreama on our adventure through the woods that day. She had been there years before, but couldn’t find the grave stone remnants. Without a doubt, I knew she would be back to find the exact spot where our people were buried.

Our Ferguson clan is fortunate to have a well-kept family cemetery to keep the living connected and the deceased close by. My parents and Dreama’s parents are buried at the James Ferguson Sr. Family Cemetery. We also plan to be buried there along with our grandparents, great-grandparents, great-great-grand parents, and James & Harriet Ferguson and their baby daughter, Rhoda, who lie peacefully on top of the hill.

Note: Pictures and information used with permission from Dreama Henderson.