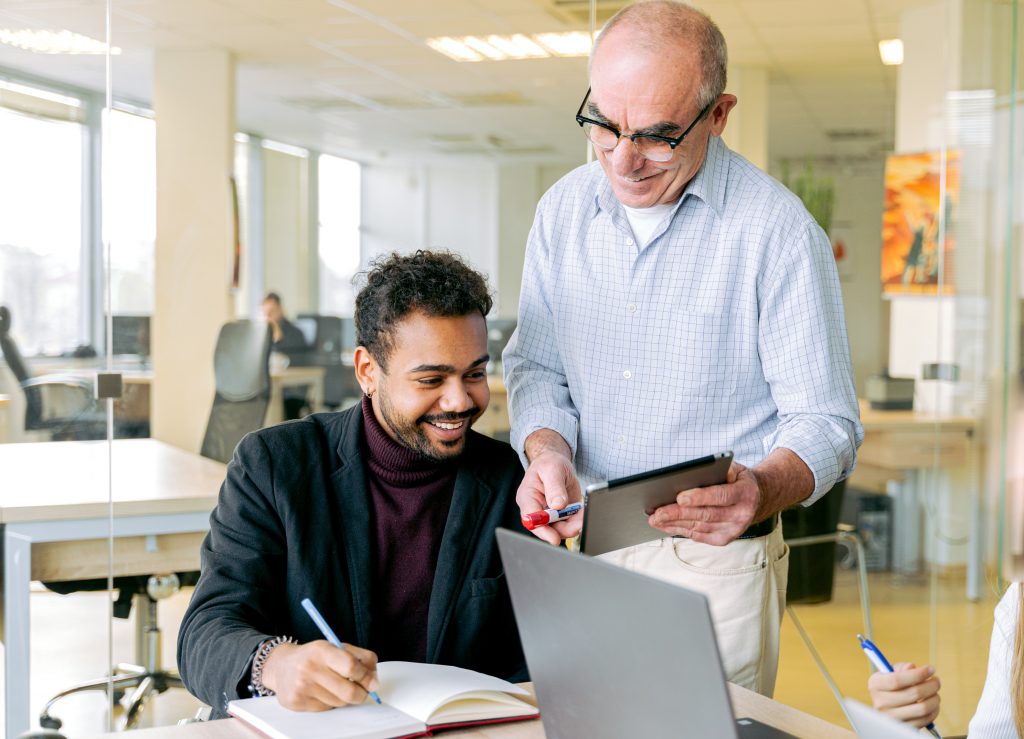 In the aristocracy of leadership principles, trust is king.

In this age of fierce competition and rapid-fire change, the benefits of trustworthy leadership are well known. The costs of trust-deficient leadership are also well known Think Enron, WorldCom, Tyco, and the numerous other corporate train wrecks caused by dishonest and/or incompetent wannabes masquerading as leaders.

But trust-deficient leadership can be costly in other ways.

Daniel Yankelovich, a leading social scientist, once asked thousands of American workers if they agreed or disagreed with a simple statement: “I put in as little energy and effort as I can get away with without getting fired.”

Want to take a guess at how many respondents agreed with that statement? 5%? 10%?

A whopping 44% of American workers surveyed agreed with the statement “I put in as little energy and effort as I can get away with without getting fired.”

A knee-jerk conclusion might be that American workers are simply lazy and looking for a free ride. My own experience tells me just the opposite. I believe most people want to add value. They want to contribute. They want to feel “connected” to a good cause.

Most people also want to be appreciated. When they are treated as a dispensable commodity rather than as a treasured asset, many people simply “check out.” It’s not necessarily a conscious decision, it’s merely a natural by-product of a respect deficit.

This dynamic can produce what some call the Law of Limited Performance. It works something like this: When people discover the level of performance their leaders will settle for, they gravitate to that level. Leaders then assume that’s all people are capable of achieving. So, they accept anemic performance as an unchangeable fact and quit challenging their people to improve. Each reinforces what the other believes.

It doesn’t have to be that way. In fact, if we want our increasingly interdependent organizations (and society at large) to thrive, those self-defeating paradigms absolutely must be replaced by a more hopeful and productive view.

As tens of millions of people have come to expect of books with “Covey” on the cover, this one is superb on every level. It will challenge your thinking and expand your imagination of what’s possible in your own leadership practices. With captivating stories of real people operating in the real world of real work, it examines how good leaders can become great leaders by genuinely engaging the heads, hearts, and hopes of others. This is not just a “feel good” book. It’s chock full of tried-and-true counsel on behaviors and practices that produce sustainable, high-quality performance.

Stephen heads the FranklinCovey Trust Practice and is a leading advisor on trust, leadership, ethics, culture, and collaboration. A Harvard MBA, he’s the former chief executive of Covey Leadership Center which, under his stewardship, became the largest leadership development company in the world.

In his groundbreaking bestseller The Speed of Trust, Stephen focused on trust as a noun. In this latest offering, he shows the value of trust as a verb. It’s a distinction and combination well worth pondering.

If you’re prospecting for leadership gold, you’ll find a treasure trove of it here.

Stephen M.R. Covey: In a word: relevance. You’ll get far better results in our new world of work—and it’s much better for the people.

There’s always been clarity on the need to win in the marketplace. But Trust & Inspire leaders win in the marketplace by first winning in the workplace. Sequence matters. The bottom line is that if we cannot deliver on both of these epic imperatives, we won’t be able to sustain meaningful success in our new world of work.

Duncan: What do you see as the primary stewardships of a Trust & Inspire leader?

Covey: First let me share a couple of thoughts on the word “stewardship.” I define stewardship as “a job with a trust.” One of the fundamental beliefs of a Trust & Inspire leader is that leadership is stewardship. Stewardship means we shift the focus from a leader’s rights to a leader’s responsibilities. Leaders have three primary stewardships. They are Modeling, Trusting, and Inspiring.

Duncan: In what ways are those three stewardships mutually reinforcing?

Covey: There is an order to these stewardships. Modeling, Trusting, and Inspiring. They build on each other, and the sequence matters. What’s wonderful about them is that they’re all inspiring, and the impact is cumulative. Leaders who model authentic behavior for example, are naturally inspiring. When those leaders extend trust to us, it’s even more inspiring, and we want to deliver for them. And when they connect with us through caring and belonging, and, in turn, connect us to purpose and meaning, we find ourselves unleashed—delivering on entirely different levels.

Leaders who embrace all three of these stewardships tap into unprecedented performance. Take Cheryl Bachelder, former CEO of Popeye’s Chicken, as an example. When she was named CEO, she walked into a broken system. There was no trust with the franchisees, and the business was performing poorly. Trust and inspiration were at an all-time low. Cheryl dug in and modeled authentic behavior. Who she was changed the narrative for franchisees who had seen four CEOs in the previous seven years. She was the first in that time to extend trust, and really listen to them. She inspired, tapping into a sense of purpose for the organization. When she became CEO, the stock price had slid from its peak at $34 per share down to $11 per share. Fast-forward eight years and Popeye’s market share had nearly doubled, and the stock price had risen to $79 per share.

A truly great leader, Cheryl succeeded because she was able to both trust and inspire—to unleash greatness in others.

Duncan: How do you differentiate between trustworthiness and trust, and how does that relate to Command & Control leaders?

Duncan: In discussing leadership competencies, you cite a study that shows the ability to “inspire to high performance” to be the number one predictor of “being seen as an extraordinary leader.” What does that say about connecting with people and connecting to purpose?

Covey: Two things. First, people want to be inspired. Not only is that the number one thing they wanted, but it was also one of the very lowest competencies leaders were rated in being able to do. We all want it, but we’re not getting it.

Second, too often people tend to tie a leader’s ability to inspire to charisma, a personality trait. But you know what? I’ve known a lot of charismatic leaders who are not inspiring. I’ve also known a lot of leaders who no one would call charismatic, but who are very inspiring. It’s really about connection—connecting with people through real caring and belonging, and connecting to purpose. That’s something everyone can do.

Duncan: For both parties in a stewardship agreement, what are the keys to success?

First, regarding the structure of the agreement, you have to establish clear expectations, and develop a mutually agreed upon process for accountability. These are developed with the other person, not dictated to the other person.

Second, regarding the intent of the agreement, it should be for both the results and the relationship. Stewardship agreements address both the outcomes we’re after and the growth of the relationship. If that’s our mindset, and we execute on that, we can build powerful agreements.

If you get the result, but don’t develop the relationship, it’s going to be just as hard, if not harder, the next time. When you get both, that’s real leadership, and that kind of leadership produces far better results, both now and in the future. An example of this that you know so well, Rodger, is the story my father always told about teaching me to take care of the yard when I was seven. He involved me, he trained me. The result he was after was “green and clean.” But it wasn’t just about taking care of the yard. It was about developing me at the same time. He trusted me, and I was inspired.

Duncan: You rightly point out that a stewardship agreement doesn’t guarantee that things will always go as planned. So, what do you do when someone lets you down?

Covey: View it as a living agreement. The agreement itself should speak to this, and allow for course correction. Let the agreement govern. Like “green and clean” with my dad. At first, I did nothing. That’s when most people tend to go “Command & Control.” But accountability was built into the agreement. He didn’t have to micromanage me. We had agreed that we would “walk the yard” and that I would judge myself. He made space for me to do that. He wasn’t the one holding me accountable, he taught me to hold myself accountable.

Too often when people have an agreement, and someone lets you down or falls short, the relationship is put on hold, damaged, or in some cases severed, and the boss steps in and takes the job back, takes control. Then that same process repeats itself over and over. But that falling short is vital to growth. And you know what? Growing through that experience, my dad never had to follow up with me on that job again. It’s a far better way to get results! And while this was true in my yard, I’ve found the exact same thing to be true in every setting.

Again, we’re always trying to do two things: get the result, and grow the people. Both are vital.